The nest is located in the Latvian Zemgale (Semigallia) region, in a landscape with the towns of Jaunjelgava and Jēkabpilsi at the northern edge and the village of Ērberģe in the south. The nest is in an old oak tree that grows in an ancient forest, on the bank of a stream (the sound of the stream can be heard in the camera). The nest is known from 2013, but at the time of discovery the breeding period had ended. In 2014 two storklets fledged from it.

In 2015 the storks hatched two stork chicks despite the fact that an attack from a White tailed eagle was experienced during the incubation time and two eggs, of initially four, were thrown out of the nest. The remaining two eggs were hatched and two youngsters left the nest later in the summer. One of the siblings – a young female, Upene - was equipped with a satellite transmitter and was traced on her migration route to Africa.
In 2016 one of the storks arrived already on March 26. His mate, Baska, did not arrive until April 7; on March 11, the first egg was in the nest.

The web camera has been implemented thanks to the supporters and helpers in the project:

LMT provides data communication from the forest to Internet;
EENet’s server processes the multiplication of the stream for viewers and recording of transmissions;
LatRosTrans provided funding to cover direct expenses;
Jānis Rudzītis made the audio installations in Latvia;

The activities are directed by Jānis Ķuze.
(Text from the article on Looduskalender: http://www.looduskalender.ee/n/en/node/247)

On April 21 the stream through Pontu server was taken off! The known addresses for all devices no longer work - if you want to follow, there is a Youtube link. There are no more Ponut pictures and videos in the known archives!

https://www.youtube.com/watch?v=bfGK3kEfaN0
“One can measure the greatness and the moral progress of a nation by looking at how it treats its animals” (Mahatma Gandhi)
"You can judge a man's true character by the way he treats his fellow animals" (Paul McCartney)

thank you so much

I hope the black storks come back soon and have a successful breeding season.

Thank you very much, Felis silvestris, for opening this new topic!

I hope for a happy returning of the nest owners, who ever it is.

I remember the single Black Stork from last year, who in the beginning of the season often appears at the nest. Later it was supposed that he could probably have been the real nest owner.
So good luck to all our beloved Black Storks for a happy and successful season!

it looks, as if a squirrel has peeled bark from the tree 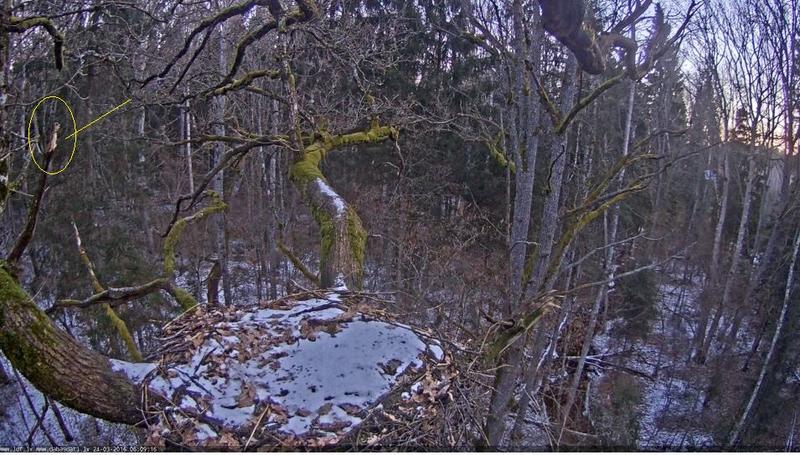 Michi wrote: I remember the single Black Stork from last year, who in the beginning of the season often appears at the nest. Later it was supposed that he could probably have been the real nest owner.

Michi, I thought that too.
We will not know who will use the nest. They all have no rings.
Perhaps Ozols has again a spot on its beak.

I waited so long for this camera. Very happy.

Now I would like to see our Estonian stork and healthy home. 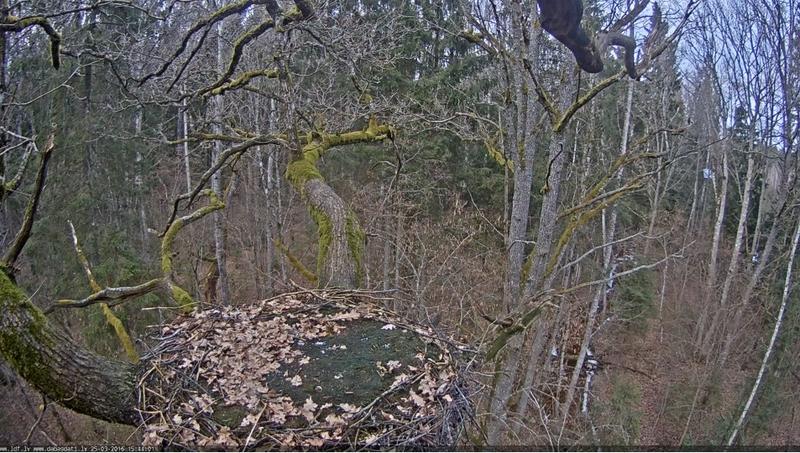 Nice to have the view opened already, thank you! 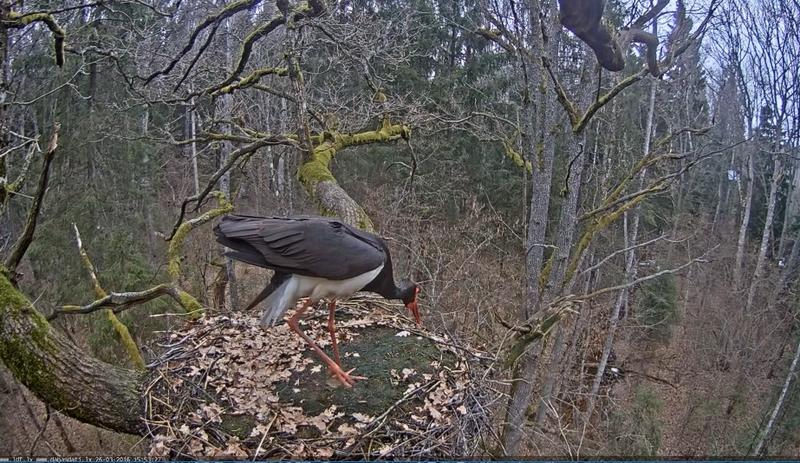 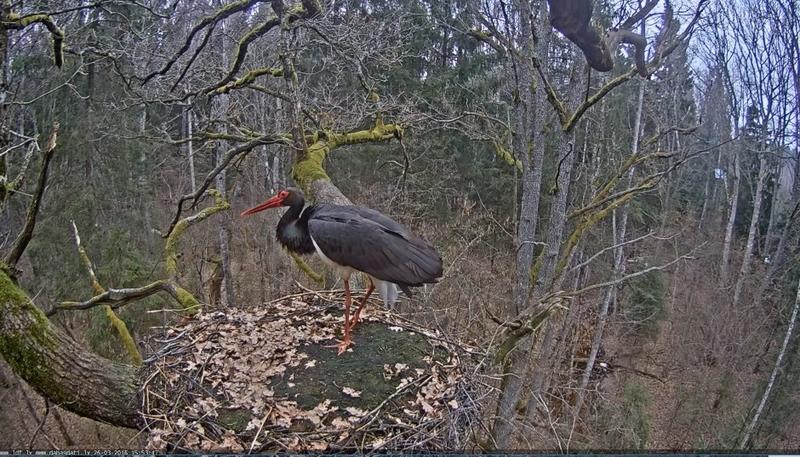 unfortunately was the stream very bad 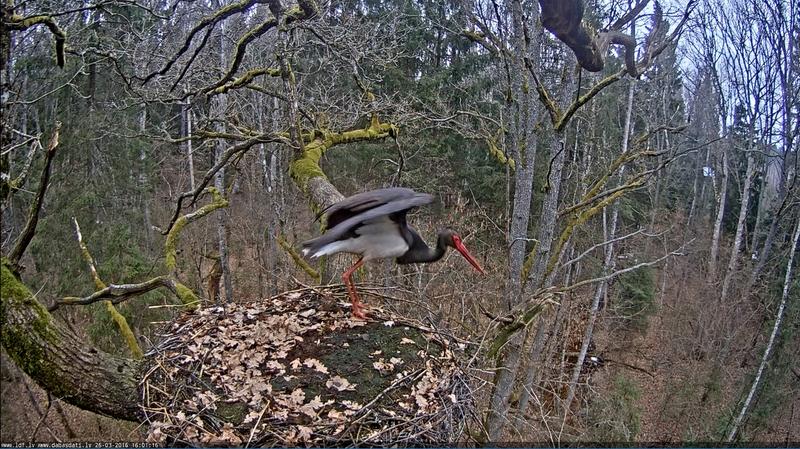 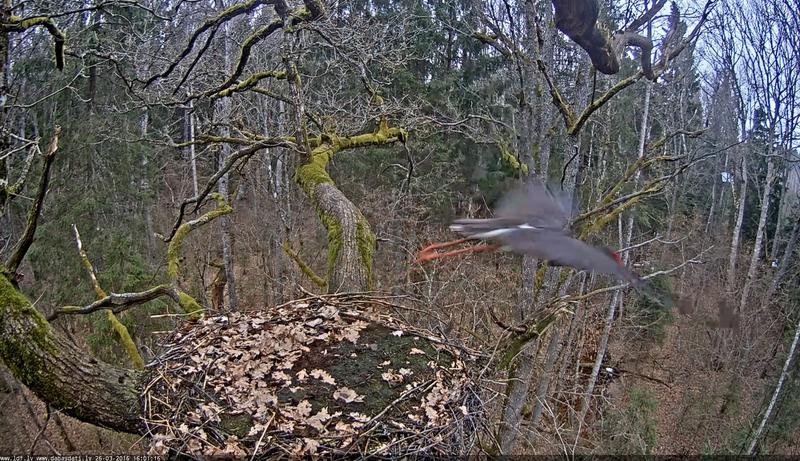