18:42 He is watching the 2 swans coming back from work, from left to right.
Top

the male worked for quite some time after the female had gone.

6:18 Eagle with white tail in the nest

The light is better now. It is the Male 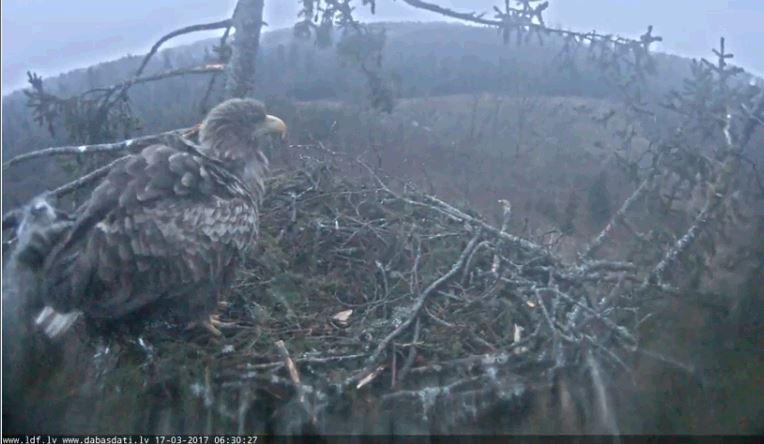 6:36 Female came in. Both calling like crazy.
Perhaps morning welcome 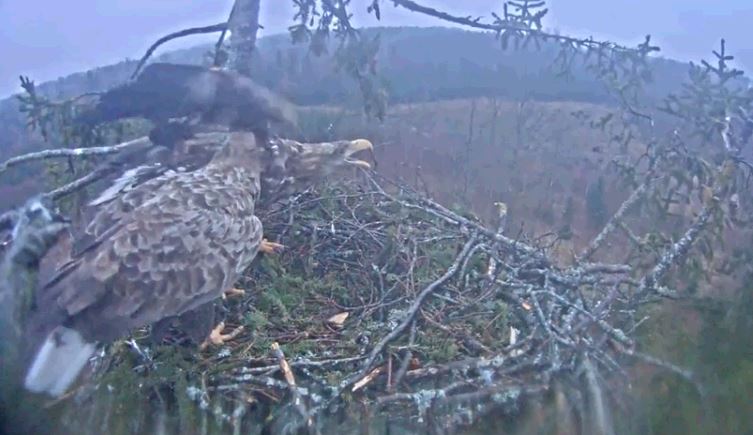 6:48 the Male leaves - Female right after him
Top

good morning!
i made clips of he morning.
first a "fake-fast-forward" clip of the male on the nest from the beginning of stream this morning.
it seemsthat the camera sleeps again in the nights.


6:46 the female came and both called. it sounded like a "good-morning!-both-at-home"-call.

6:48 both left. the female voice called twice when they flew away.


to me it looks that the male is bigger than this female. that would be unusual. or maybe she was standing at a little longer distance from the camera than the male. 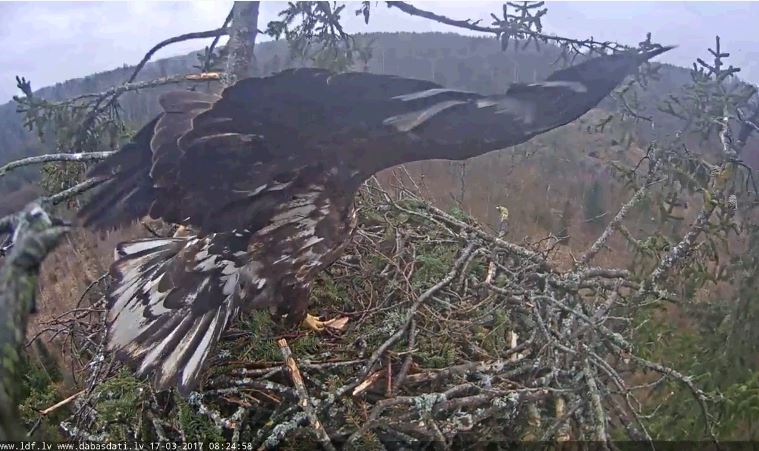 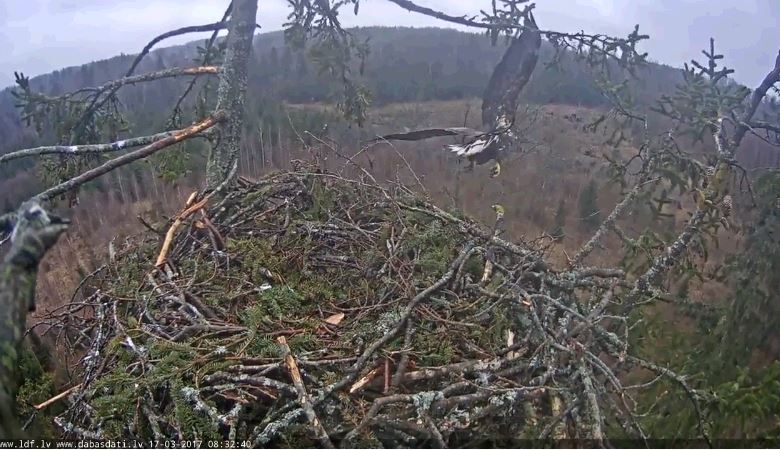 i think that the birds which Abigyl saw were probably wood pigeons. they landed on the same tree in the meadow. i made a close-up clip (the close up does not go near enough to see really reliably that they were WP's but it's very probable).


7:39 another WP flew by the nest close enough so that the white wing panels could be seen.


8:55 the female with the hanging wing came.

it's not our male. it has more black on its tail.

a spotty-bottomed came, too. who are these?

Female is our Female

but Male is strange

the almost white-tailed eagle returned for a moment. the female complained so i guess that it was a male (no fight) but a 'wrong' male.

again an eagle with no rings.

i think it was on the top of the tree in between. the female kept looking up while he was out of sight. he also dropped down to the nest from above.


btw: this spotty does not hang her wing, not at all.

edit (9:48): now that the male (?) has been away she is relaxing and has begun to hang her wing more. she is also correcting it up every now and then. it is the female with the bad wing.
Top 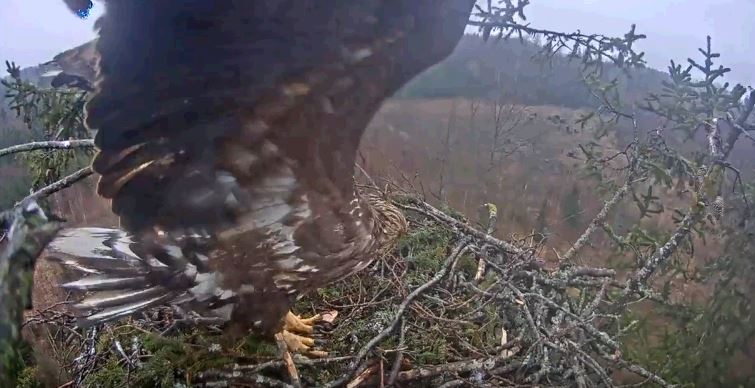 after her landing the wing was a bit hanging

9:59 The stream is broken.
it was a short break

yes, the male tried to kiss the female but the female didn't look quite happy about it. i think she pecked his face and then she began to complain.

now she has to stay on the nest and keep guard in the rain and wind.
i have to go...
Top

10:24 Male lies in the nest. Female is still on the left branch 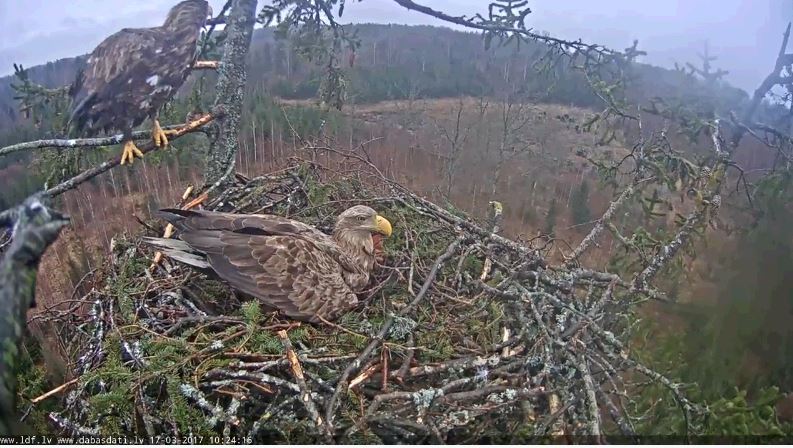