We are looking forward to the sixth season observing this nest and its inhabitants!

The resident couple in 2016 were Mai (ringed, 29, on left ankle, metal ring on right ankle) and Mati (metal ring right ankle).
Three eggs were laid, after second chick had hatched, one of the two chicks vanished overnight, reason unknown.
Third chick hatched, so two chicks were raised on the nest.
They were named Neeme (CN) and Paavo (CP), with DNA result it turned out that both were male. 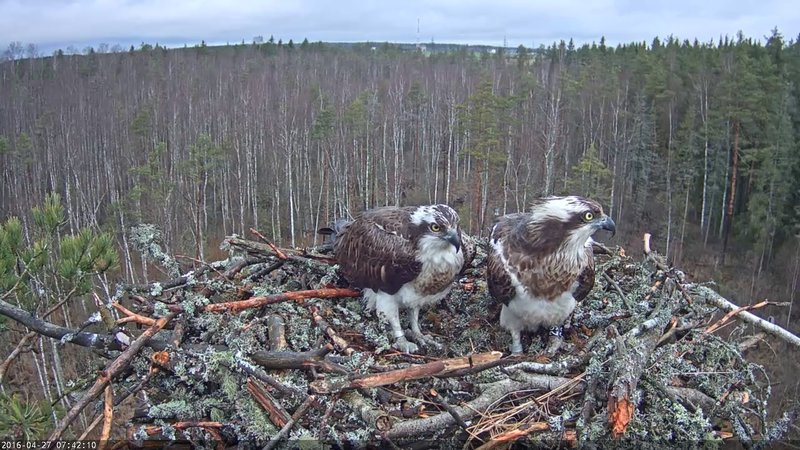 Nest is located in South Estonia, Võrumaa.
A military base is close, so it is not unusal to hear motor sounds from trucks and other vehicles, sometimes even shots.

A fish farm, as well as a river, is not far, so good hunting conditions for Ospreys.

We ask members to post no more than three pictures plus one video per posting,
and pictures should not be larger than 800 x 600 pixels.

Too many or too big pictures/videos will be edited by admins/mods.

While Looduskalender was offline (EENet had maintenance work) our Osprey cam came online! Thank you!

Just right in time to see a wonderful sunset .... 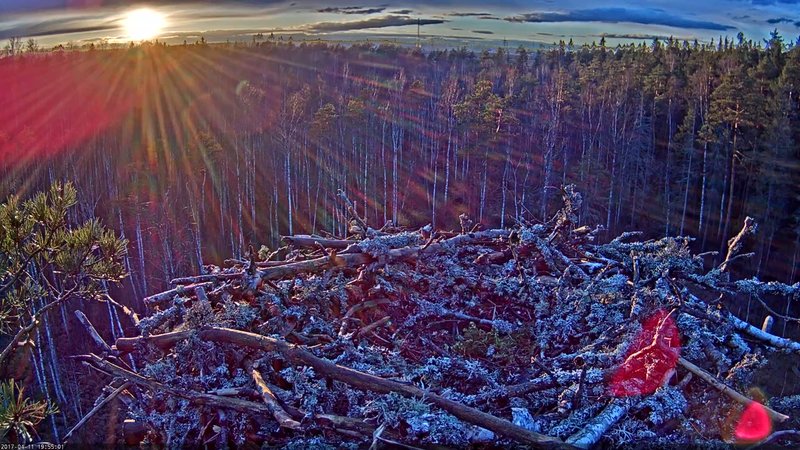 Nest looks still untouched, so we probably missed nothing meanwhile
Nature does nothing in vain (Aristoteles)
Top

9.35 Seems to me it is Mati with a metal ring on the right leg. Brought nest material

I don't know how unique each osprey's plumage is or if it even stays relatively similar through the years, but the shape of the white patch above the peak would suggest it is indeed Mati. There's a brown patch that comes down roughly in the center of it, maybe a bit to the left, and a smaller brown "spike" closer to the right eye. 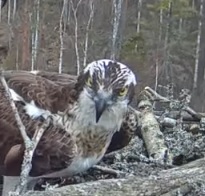 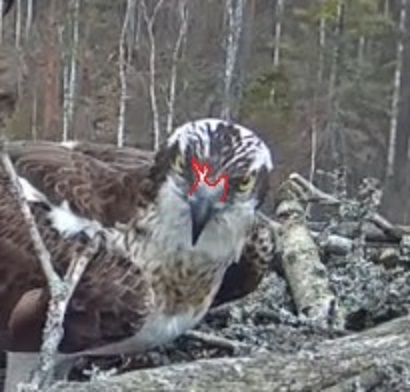 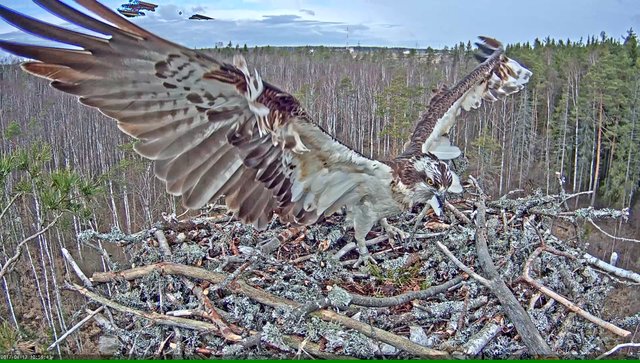 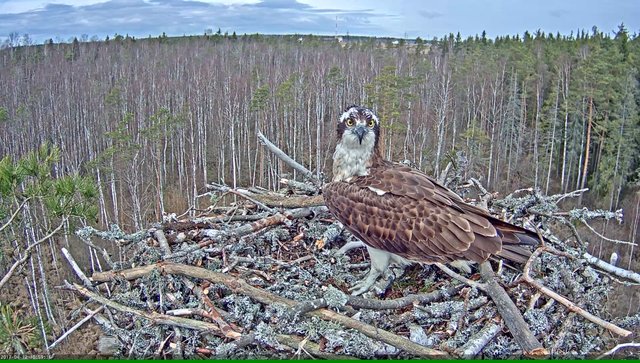 14:03 An osprey come to the nest and left immediately.

It is so good to see Mati!!!
He is busy fixing up the nest!
Earlier this morning he landed twice on the nest, but he wasn't facing the camera!
Also he was busy calling out and chasing away something that we couldn't see.
Top

I think it is Mati, yeah, the great nest builder is back. 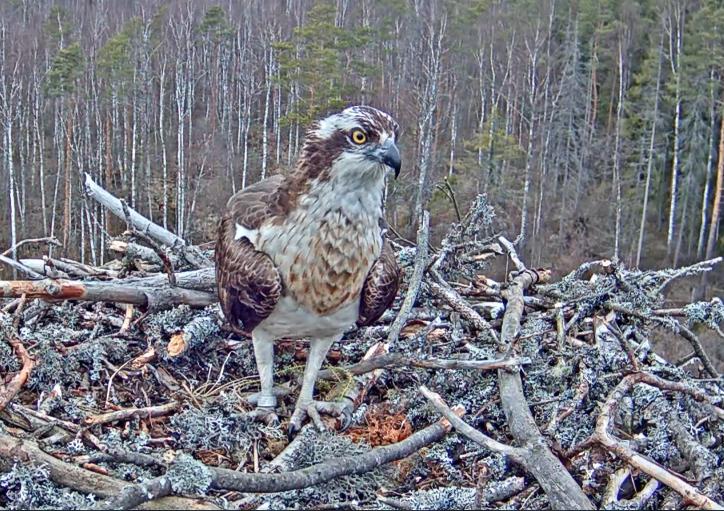 10:08
Mati continues building the nest, but is still waiting for a mate to use it 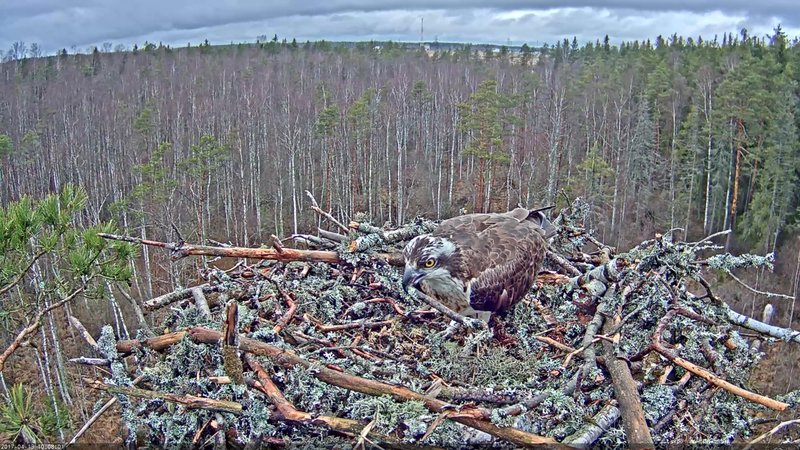 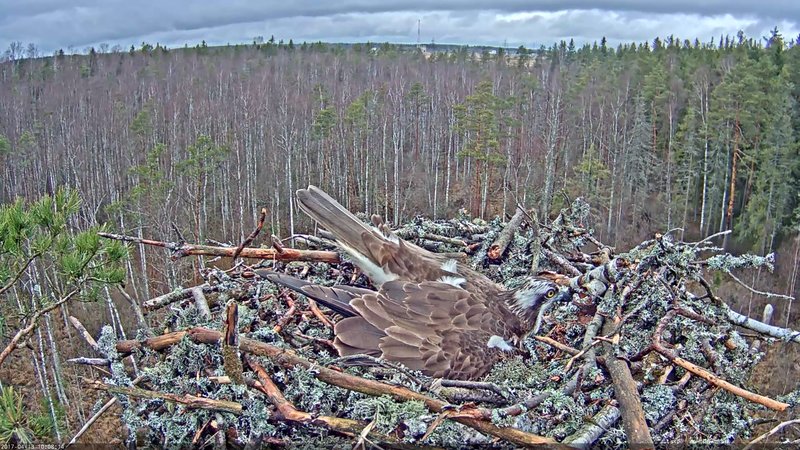 Busy Mati is continuous working on the nest, hopefully Mai or an other female comes soon. 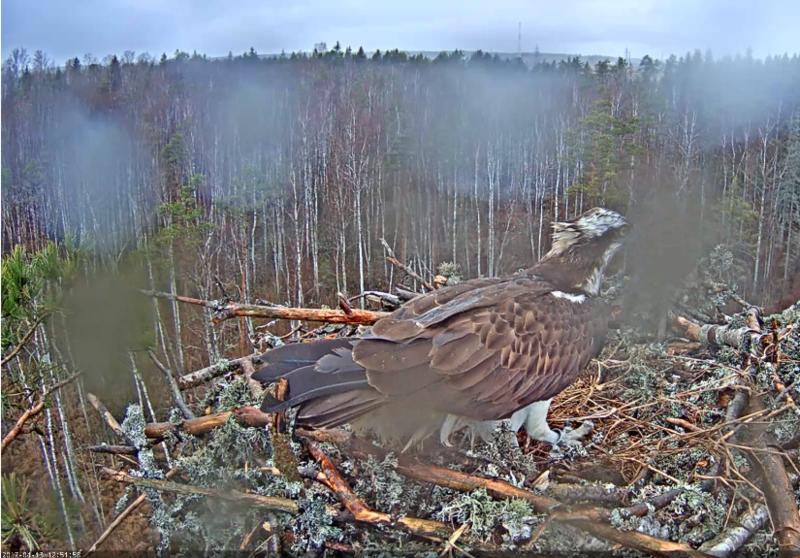 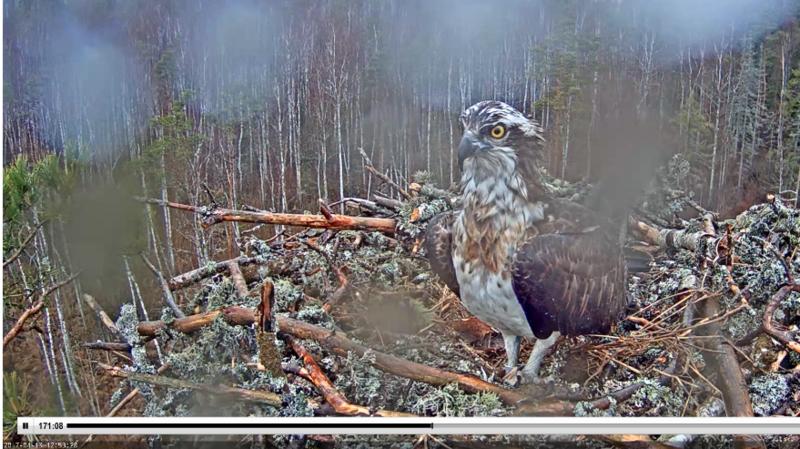 I made this pic from afternoon. Mati was at the nest for some minutes, he looked around as if he search for Mai. I have sorrows about her suddenly disappearance in last year. 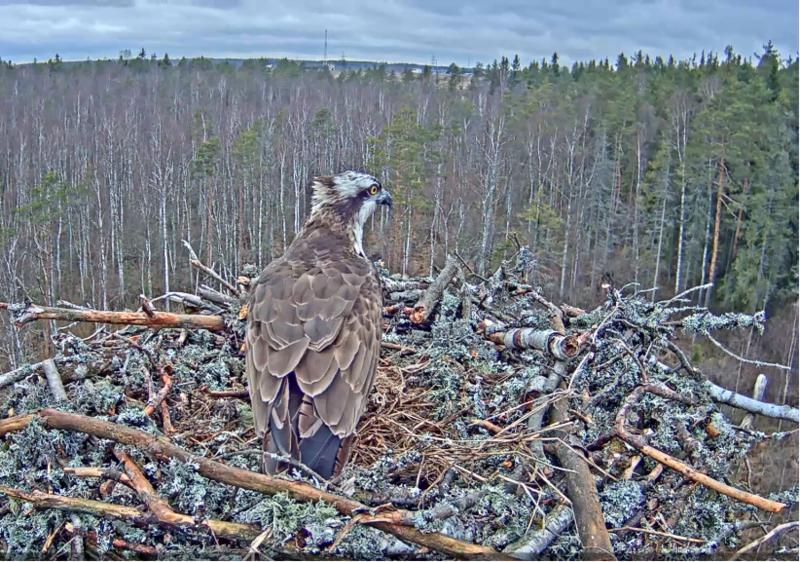 The nature needs us not, but we need the nature
Top
Locked
866 posts