She does not allow even a pigeon sit on a dead tree, a militant Lady 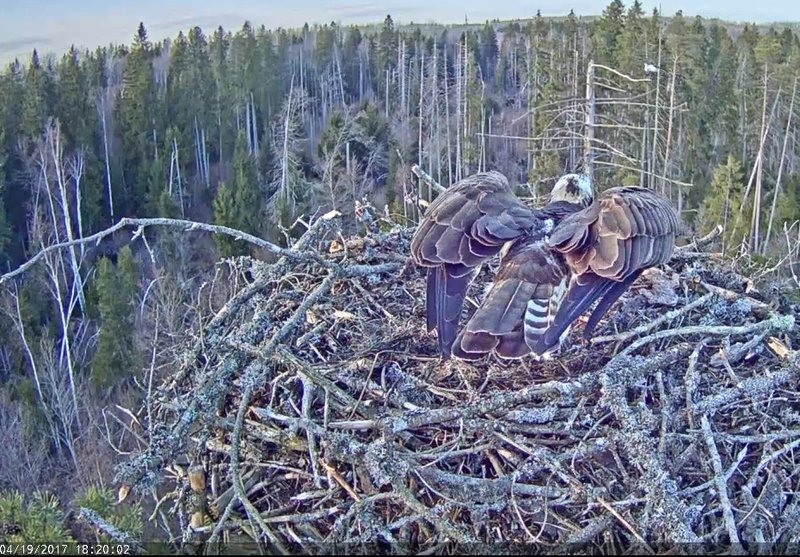 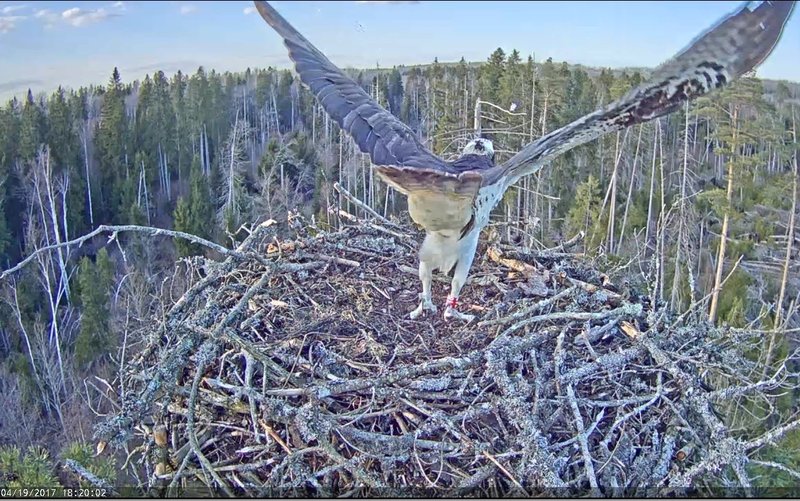 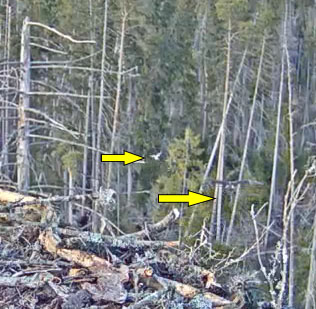 Cessie, I read LV and thought it was the lady of the other nest, with Mati ...

After I looked, she has on the LF ring

LV what is it?

Ivo came for a short moment. The lady was on the dead tree. 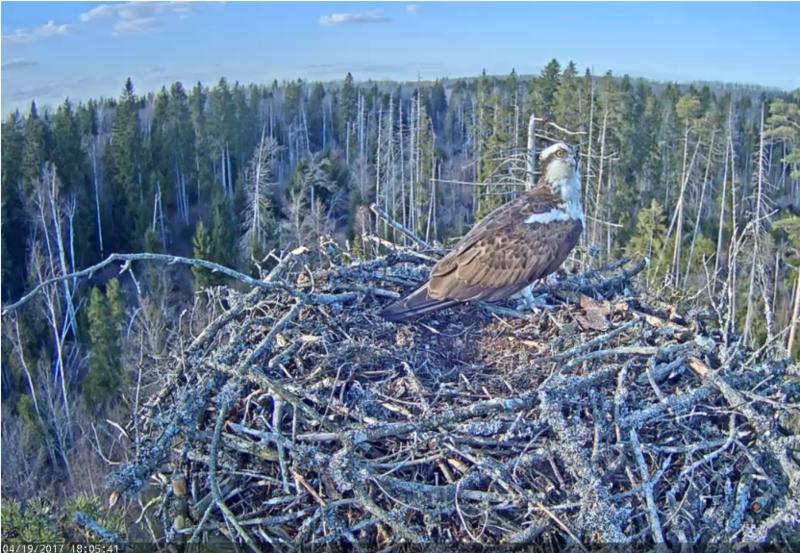 The lady in the nest bowl. Resting. 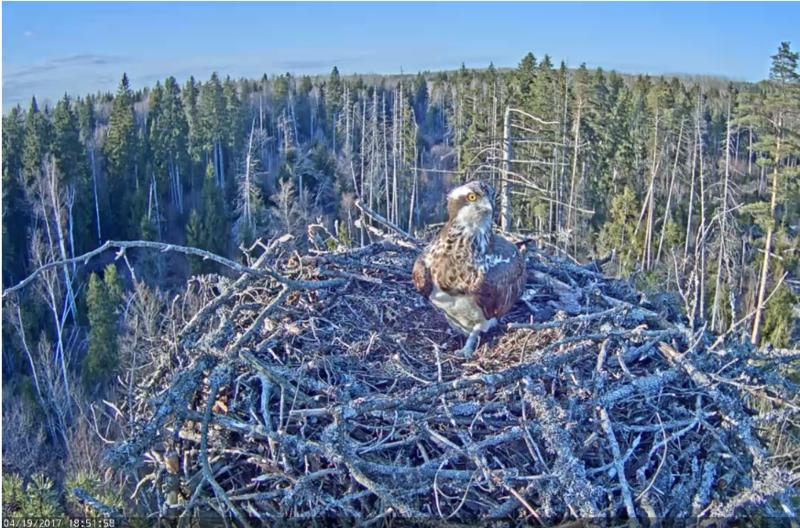 Sappheira wrote: LV what is it?

I think it was only a "typo."
The nature needs us not, but we need the nature
Top

Sappheira, LV is "Louis Vuitton!" Of course!
We all know that!

Headless fish for Lady
It does not have much light, the images are blurry, sorry 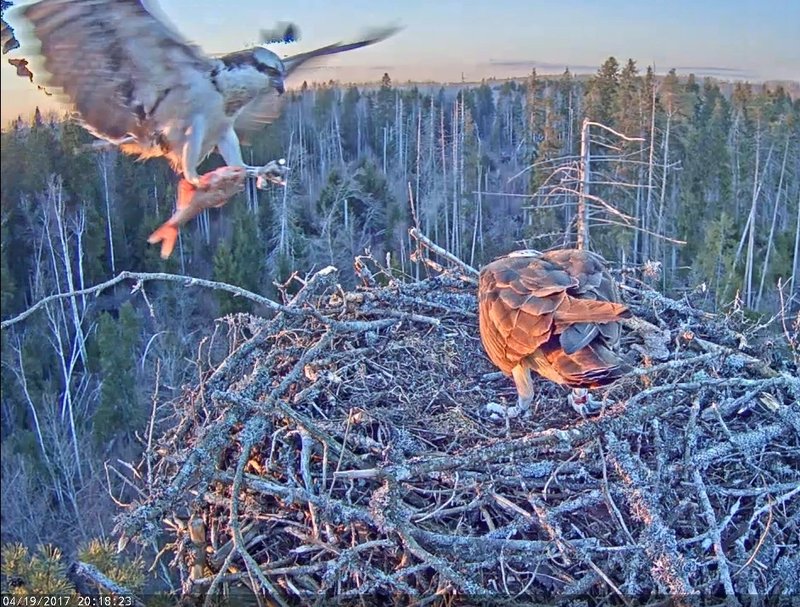 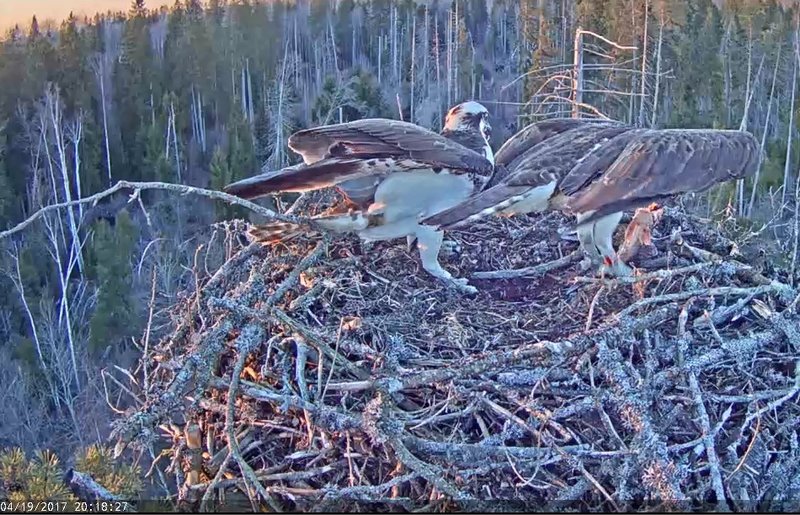 20 April
7:28
Beautiful morning at the nest
Before 7:00 I could hear 718 on the cam stand.
At 7:00 Ivo flew to the nest and 718 hopped down.
They stayed in the nest together quietly for a while, then Ivo did a quick fly-out and back to the nest and jumped on top of 718. She rejected a mating.
Ivo flew to the tree near the dead tree and the female flew to a different tree.
Top

Ivo brought a big branch that did not "want" to put himself as he wanted. 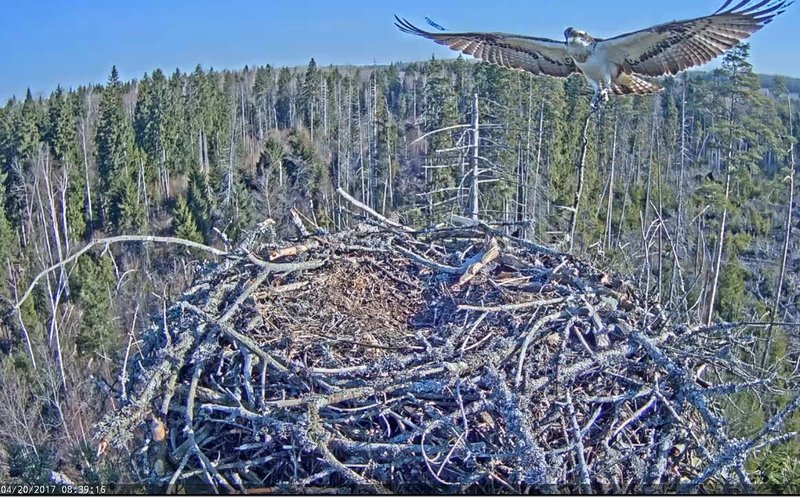 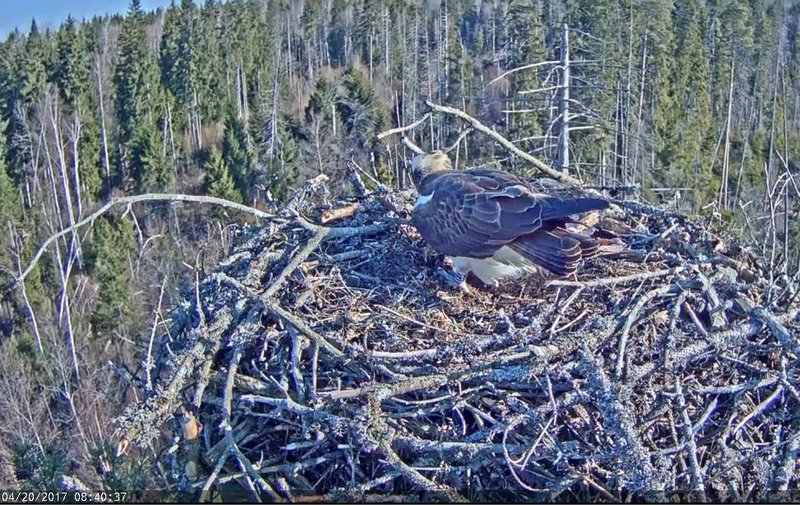 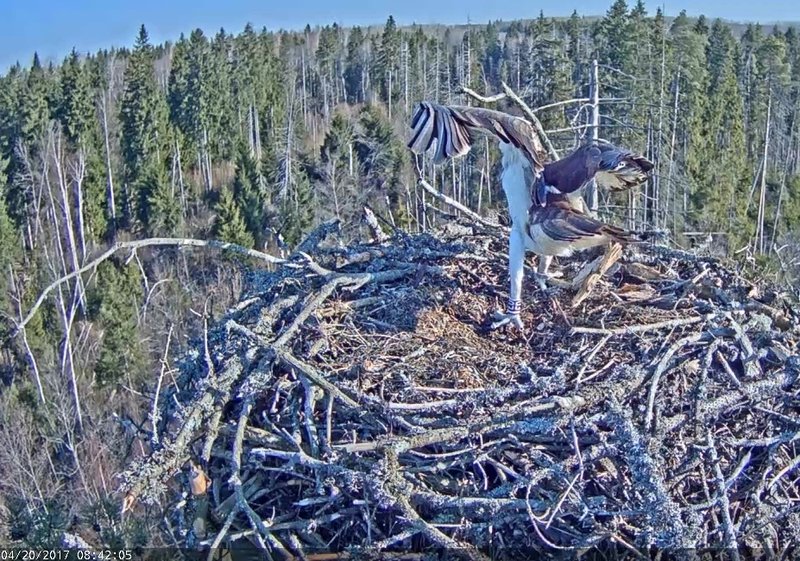 Finally, after several maneuvers, the branch fell to the ground.
08:42 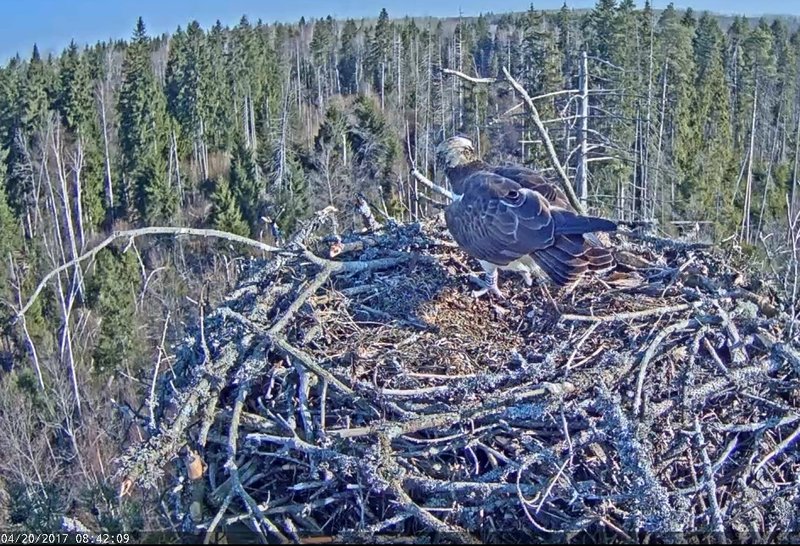 There was the 3rd osprey today above the nest. The reaction of Lady 718 - the fear and whistle of the alert. Osprey stayed a few seconds above her.
09:21

Unfortunately, the camera did not fix the legs of this bird. Ivo came quickly on the camera stand, after he sat on the back of Lady718 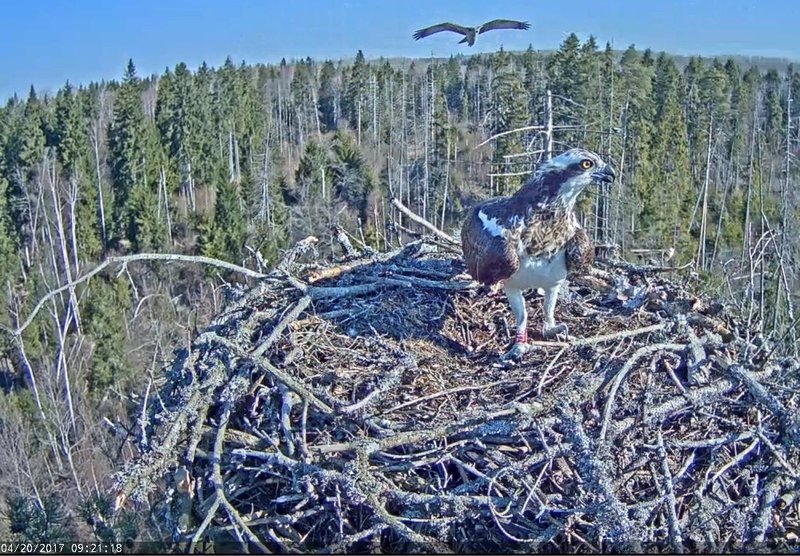 Here we see the 3rd shadow and the ends of a wing.. Everything happened in absolute silence.
Who it was, we will not know ... 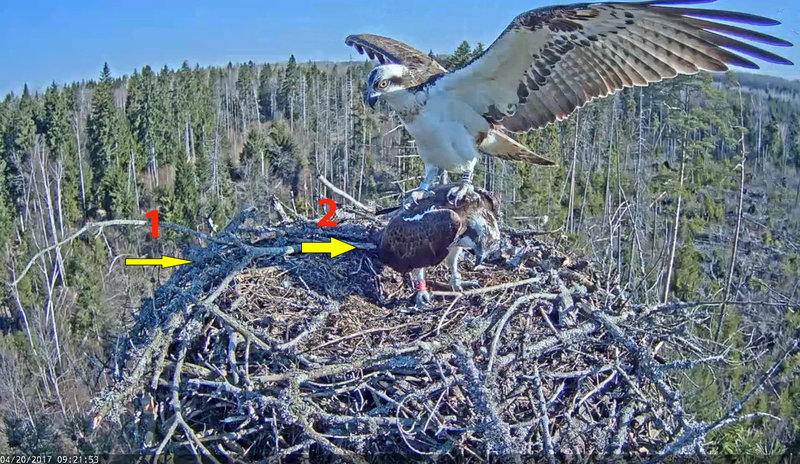 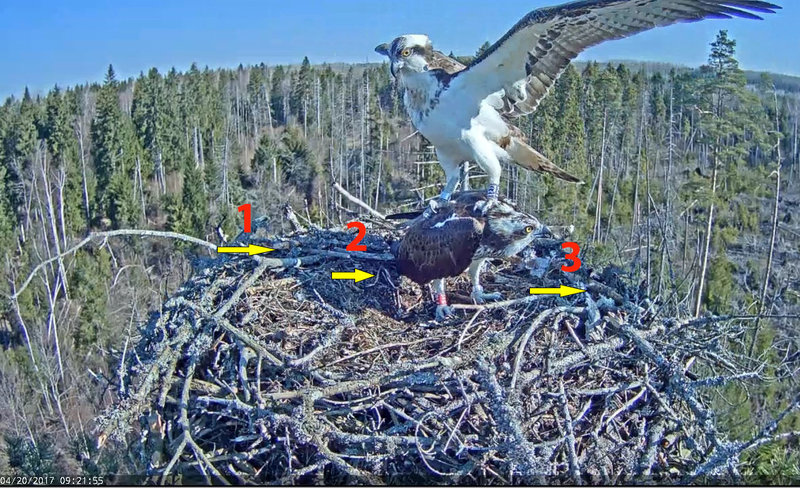 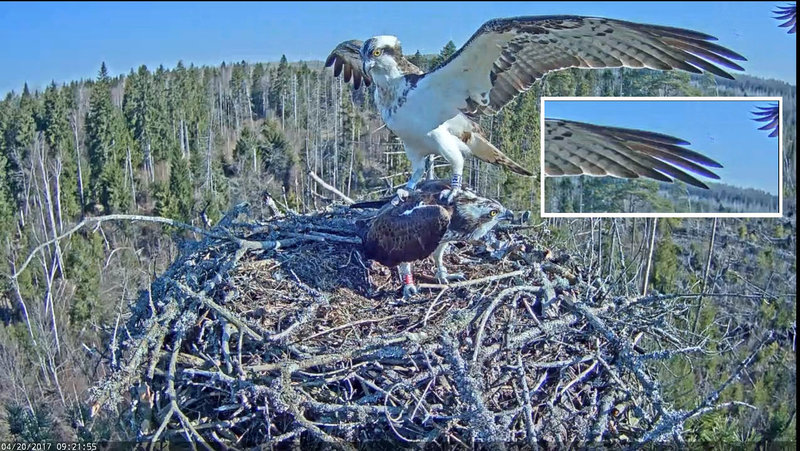 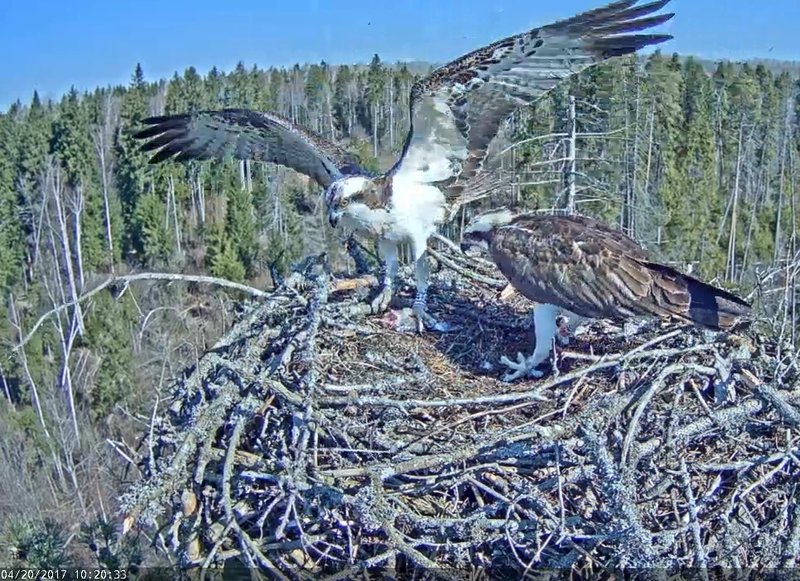 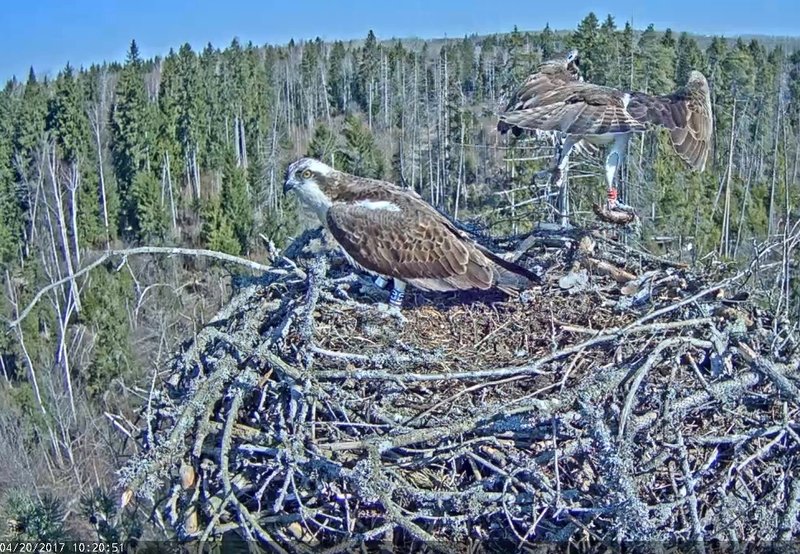 Short visit with the whistle of alert, Ivo is always at his side.
10:25 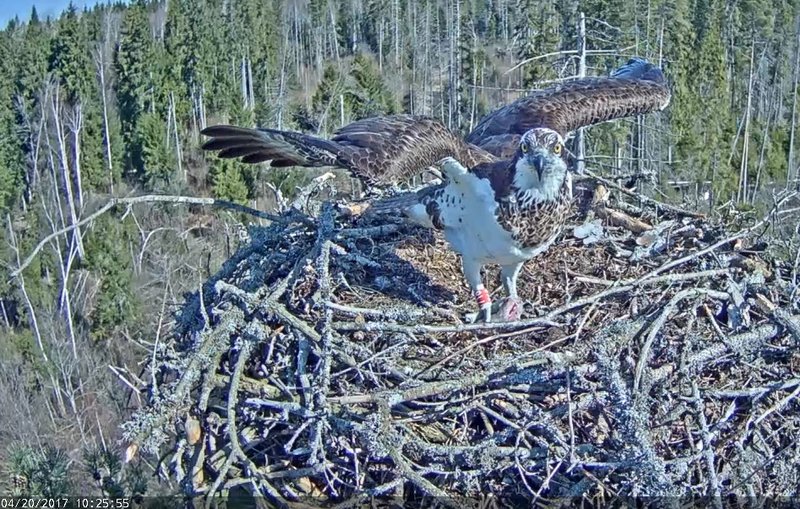 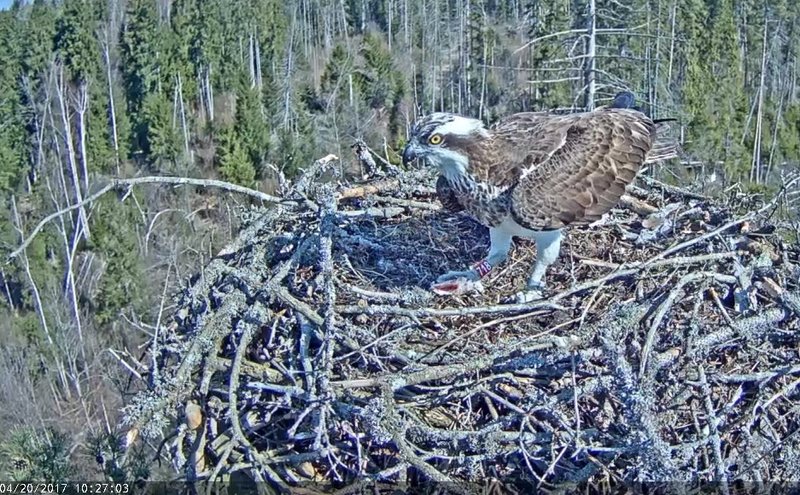 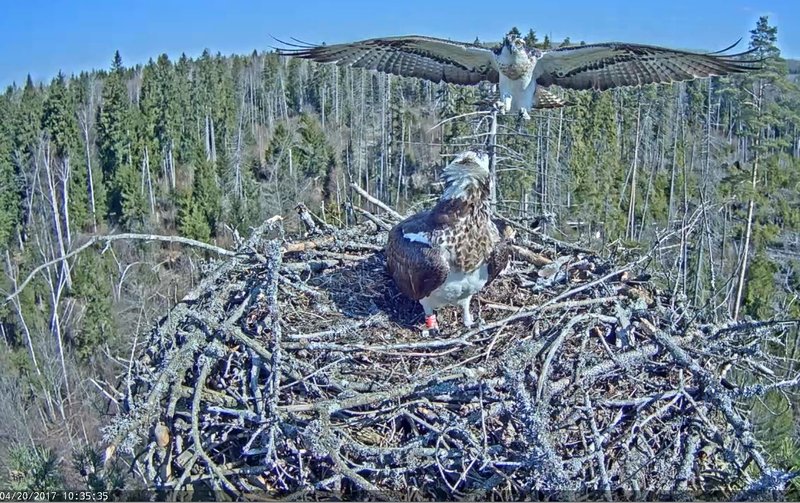 Nice catch, Sappheira!
Every time I both fear and hope to see Irma

11:28 Lady brought a branch, this was shortly after mating.
Top

mail wrote:Every time I both fear and hope to see Irma

It was possible that it was Irma, or not. 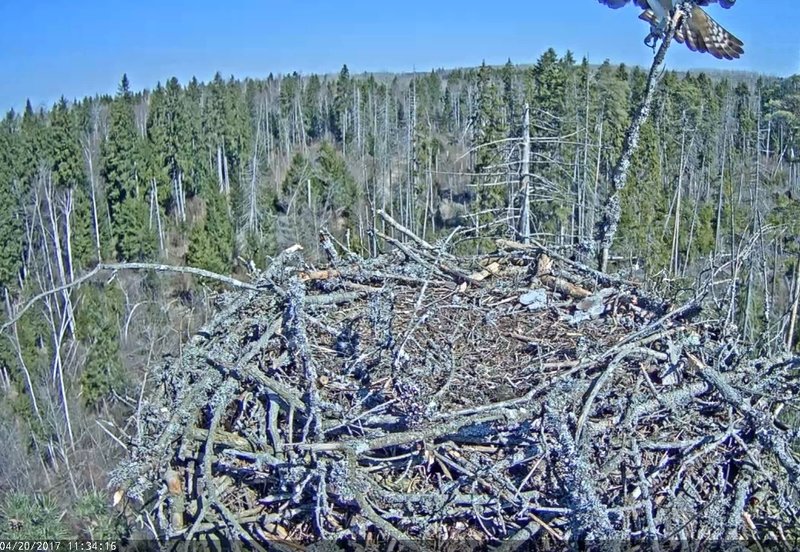 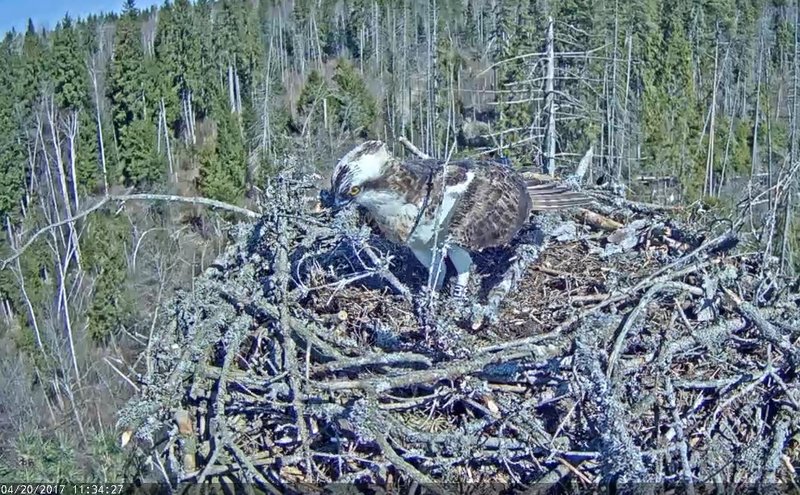 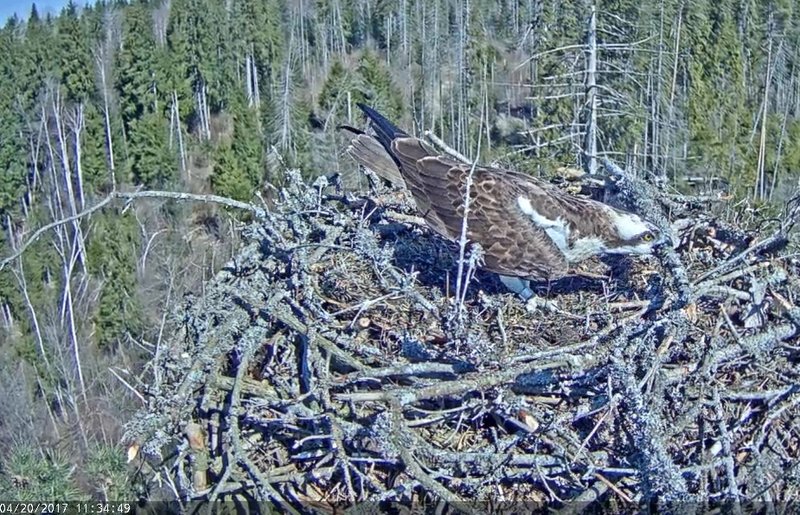 Period between arrival after migration and the first egg 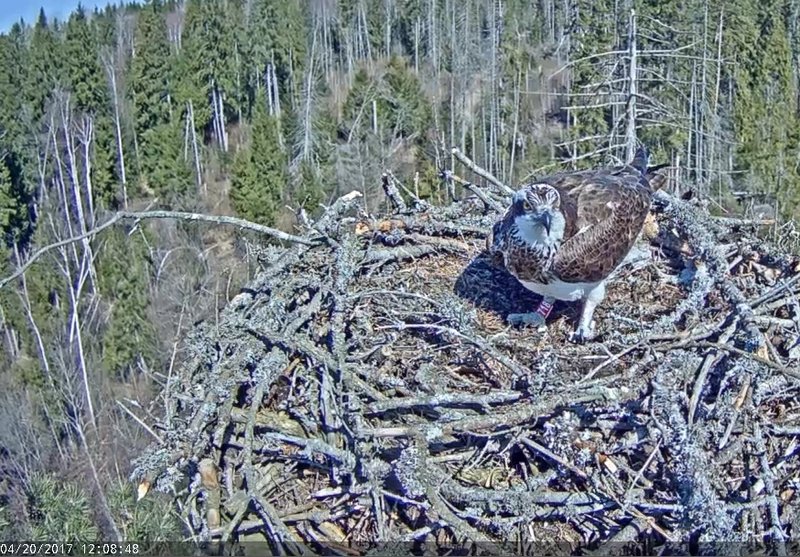 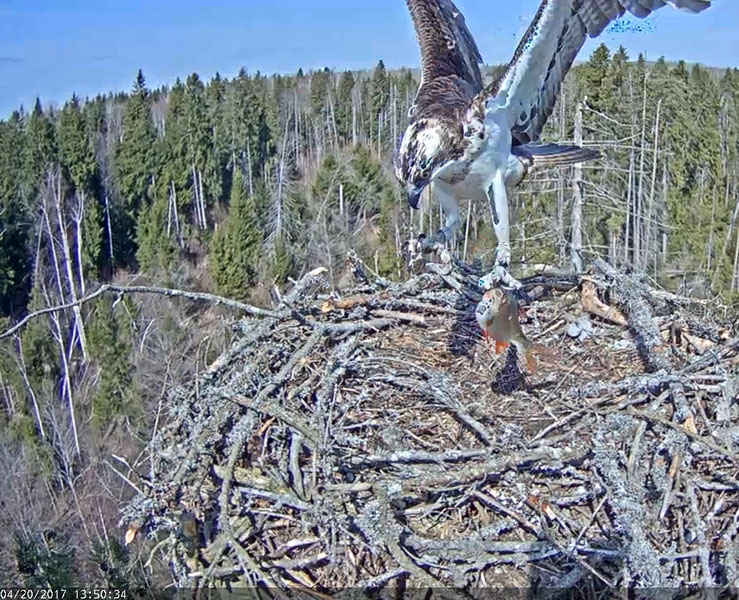 Finally, she received the small tail
14:06 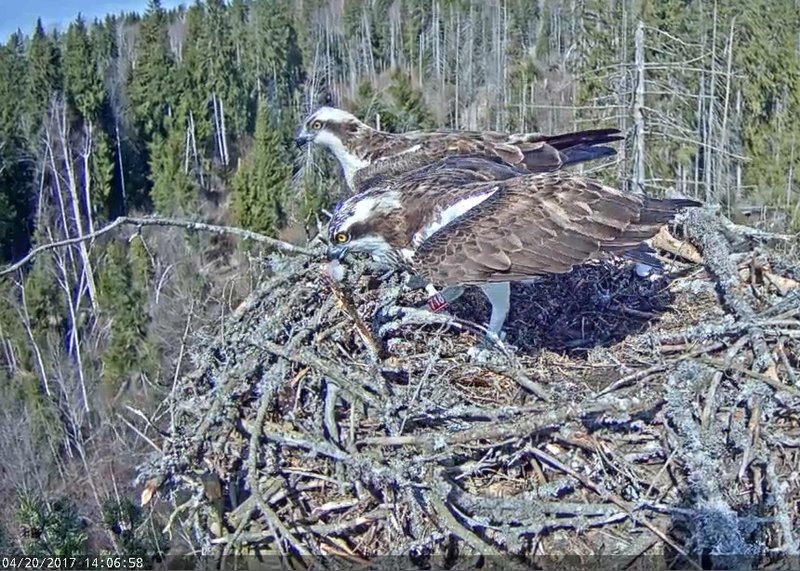 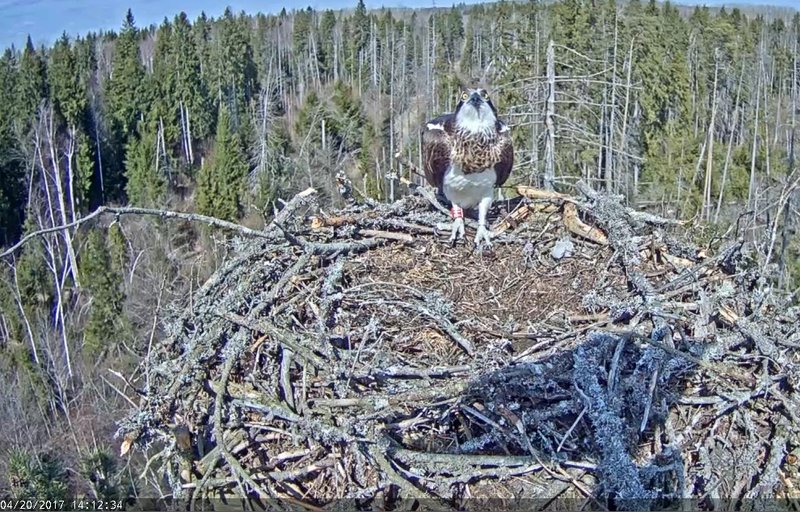