i'll copy here the posts about this season so hang on a while till i'm finished.

GT:
About the Black Stork
We plan to carry out construction works this Friday. If everything goes, as planned and there will be no surprises in the form of technical kits, next week, this nest should be "in the air".

On 13 Mar 2018, 16:25 Dagmar wrote:Thanks Liz!
Somehow I missed the connection.
We have 5 owlets in the nest. I am completely in love and almost can not see what is happening around me.

the cam is online

The nest of the Black stork is located in the middle part of Latvia in Sigulda County. It is found before two years. The breeding area is known already since 1982. In 2005 previous nest was predated by marten, and, most likely, birds moved to the current nest afterwards. This nest has been built in a pine, on the branch 1.8 m from the trunk. It is located in boreal pine-spruce forest of an age between 150 and 200 years.

In 2017 a trail camera was installed at the nest. Four nestlings hatched and three of them fledged; the last fledgeling left the nest late in the season - on September 6, presumably due to belated start of breeding. The webcam is installed on 16 March 2018 by Jānis Ķuze, Jānis Rudzītis, Māris Strazds and Eduards Ozoliņš. 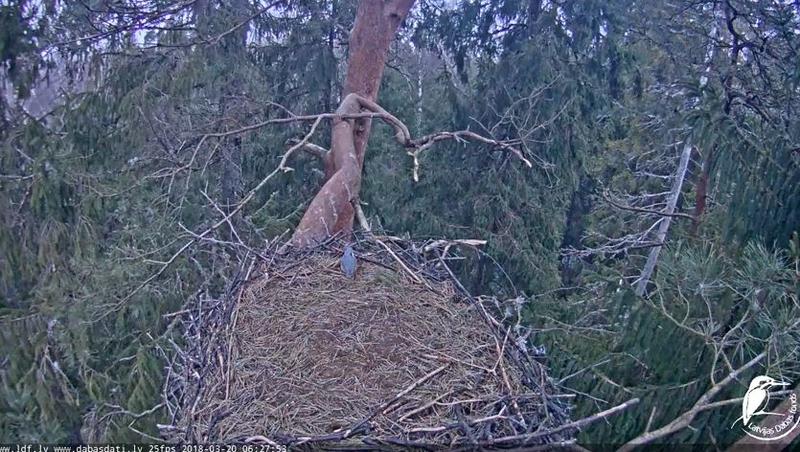 what a good morning

the wheater is terrrible in Europe - I saw photos, vids, ... with WS in very big hardships

Thank you for the hint !

And TY for the news of Gallipo, Solo. They had the second egg already yesterday.

Interesting, this nest has the same type of construction like Karl's nest, it hangs on the branch 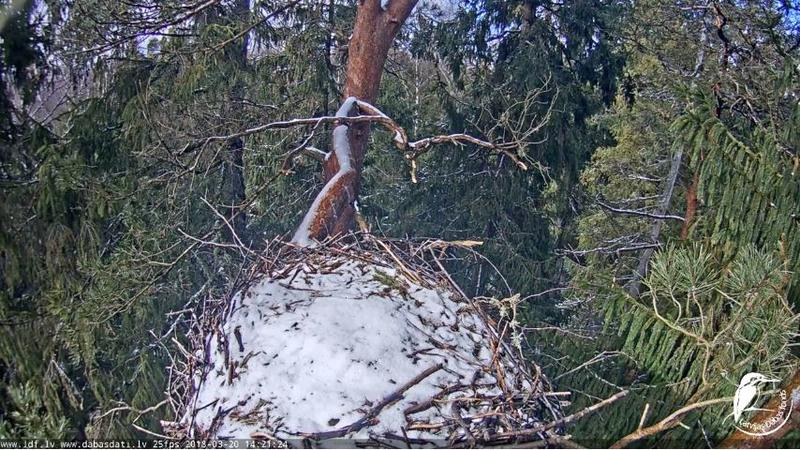 ok, here are copies of the posts which a relevant for the season 2018.

i saw that Liz has copied the introduction from the Youtube above. thank you!

now all we need are storks to arrive.

Virgin flight:
That's a bit difficult. Difficult because they have no rings. But by careful observation, I'm reasonably sure in the data.
26.0