thanks for the hint! It is necessary to try.

For fans of long rollers. 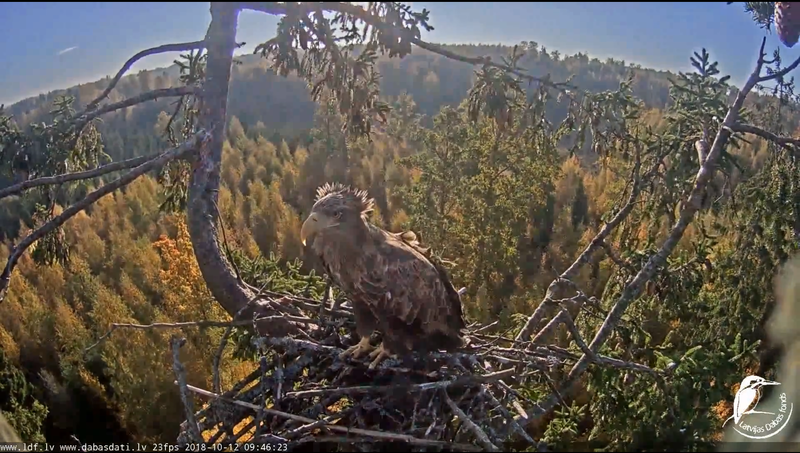 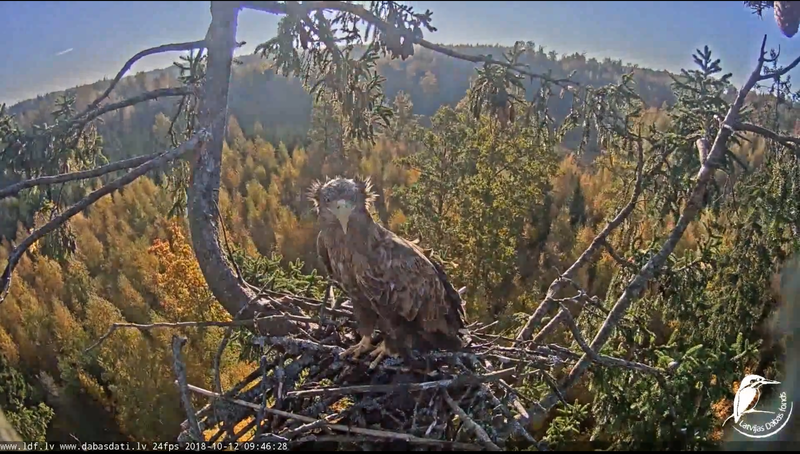 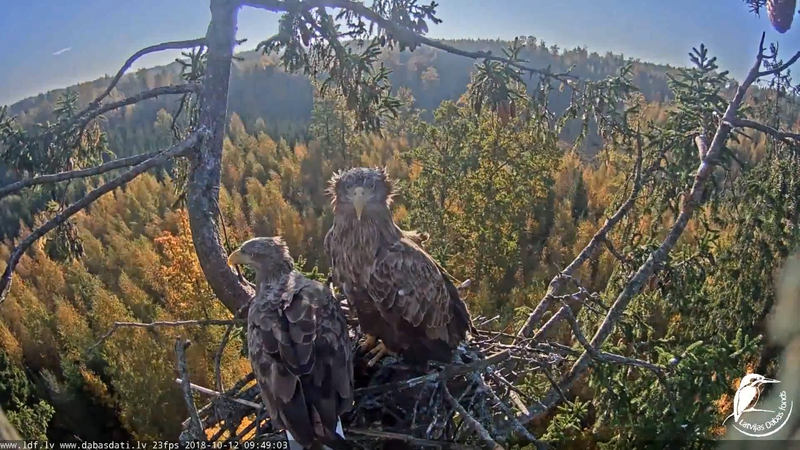 Im pretty sure that the working hours are defined by the time when they can do that. Most of the time they come at 7 in the morning. Today they were really alert and I think the reason is taht they dont let the kids come close to the nest. Since they have more powerful vision we can't know what they see far away. When
Milda was in the nest before she left it, she was on the guard duty, and seemed to leave the nest when she was sure that Raimis was not coming back. Or he invited her for fish in the Eagles Restaurant

I had a see gull couple living on my roof for 4 years, and when the couple had the kids, they were coming with them to my balcony to show them, but when they were old enough to have their own food, they newer allowed them to get close to my roof, because it was their teritory.

I think in the morning the parents have to convince the kids them to fly somewhere to a pond with plenty of fish somewhere over there.. and then meanwhile they speed up with the construcrion

and then Milda has her hair as she has...

Sonchik! Thanks for the pics

About working time and the kids:

Even last year, when they didn't have kids "on their backs", they came in the mornings to bring few sticks and to fight about the nest's design.

An example from 10/2017, they came by daylight and then came back during the day, they were very young and their schedule canged. But morning visits were normal
https://www.looduskalender.ee/forum/vie ... start=5060

I liked your story about the seagulls. Hope they weren't too dirty 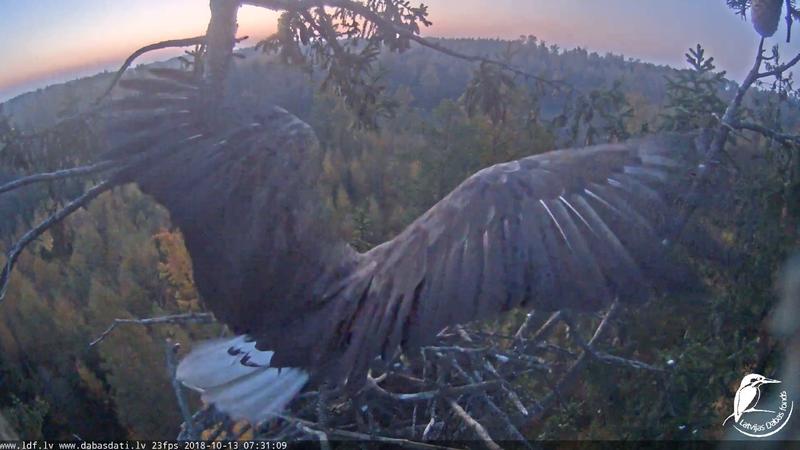 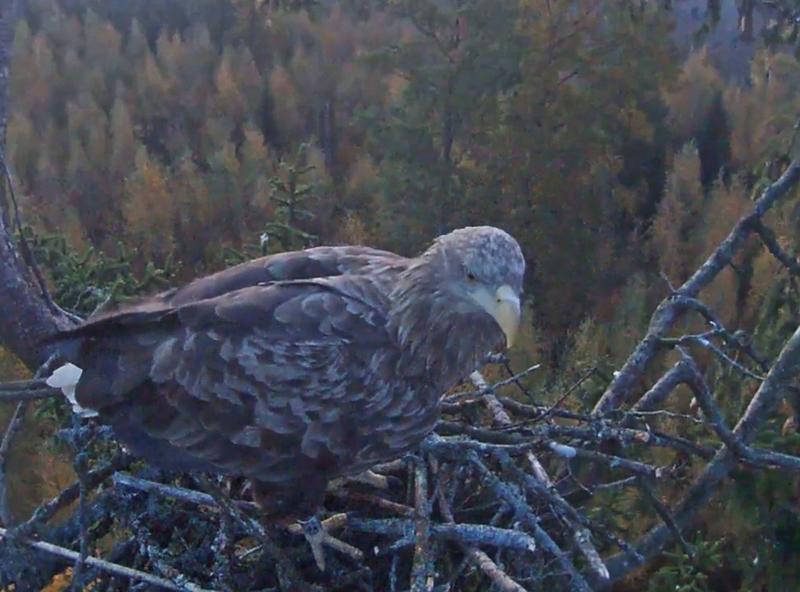 I think she brought something. 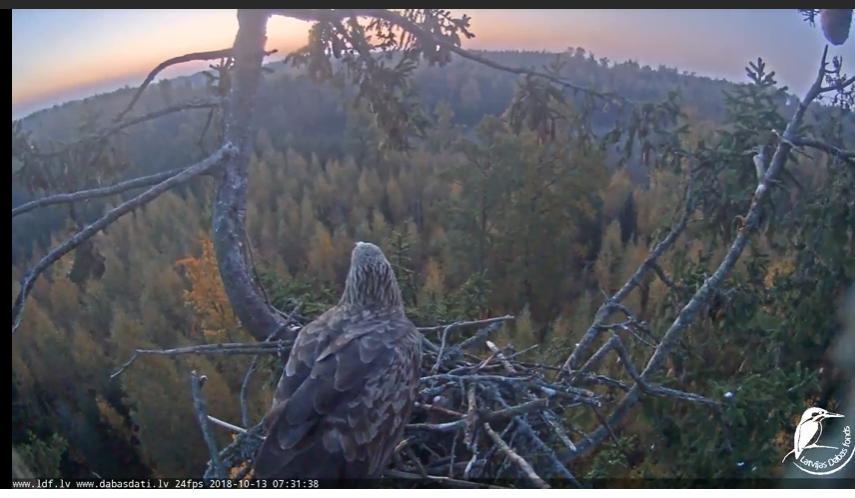 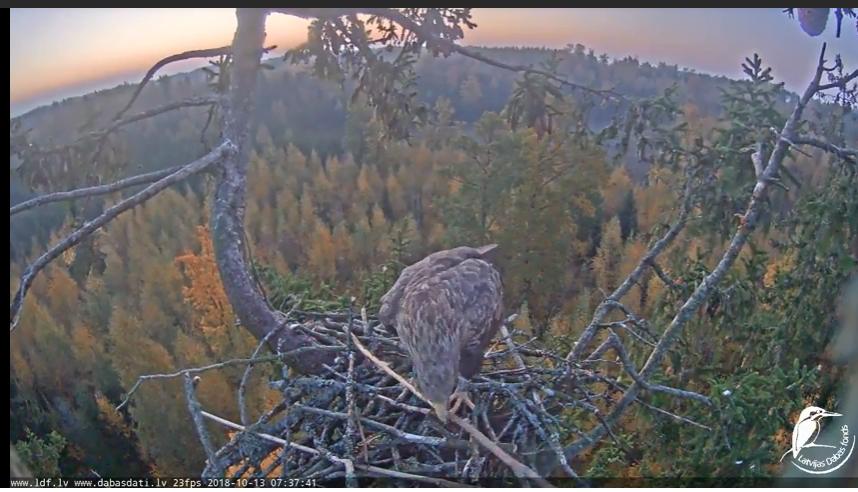 Ithink she brought something.

Is not Milda.. has blue a ring at the right

Rings at both legs
Top

Is it the oprning of the "Central Station" season??

They see a nice nest...
Top

I think we know that beautiful eagle. He/She was here earlier- has browns eyes 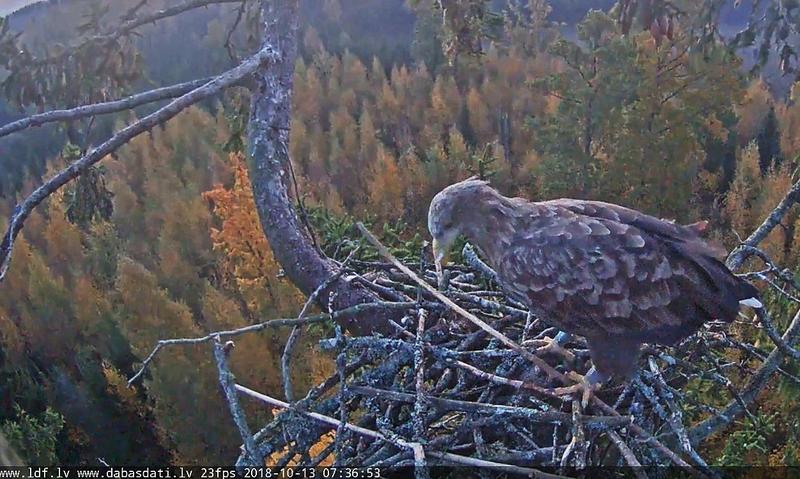 The visit seemed strange to me and then I read it was Milda and believe it. 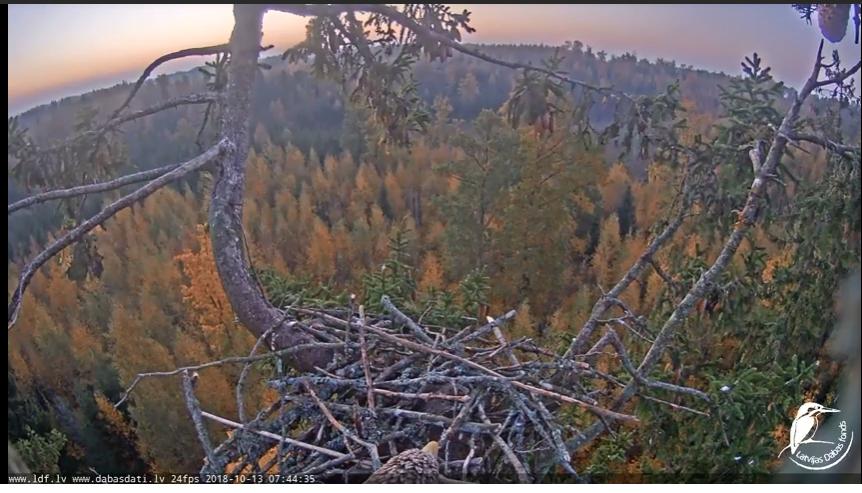 Good morning!
The last number of the ring is 2 ?
Top

The nest was changed !

Janis will have to adjust the cam, because we cannot see half of the nest now.
Top

nice to see you

I will do better pics later. I have to go! 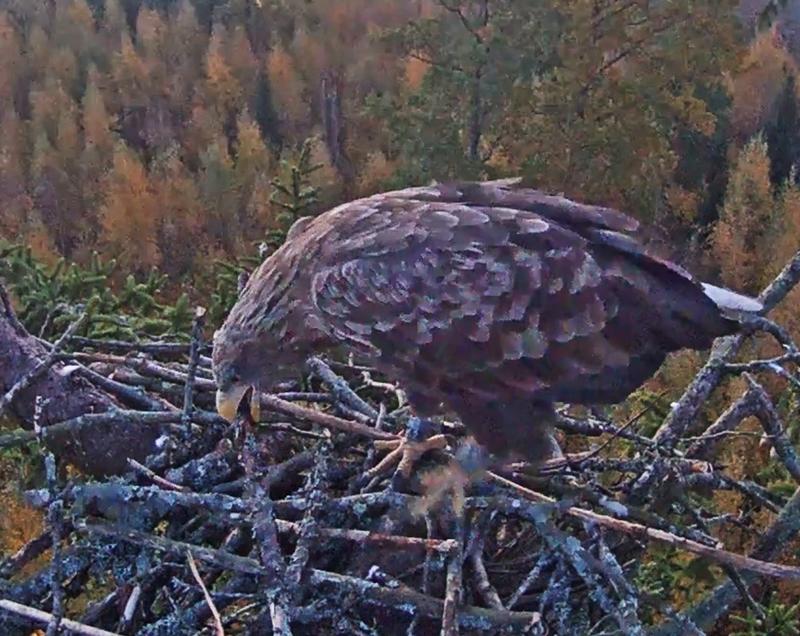 You've already got the numbers!

good morning!
this is news! this is a Latvian eagle but not Durberta. she has only one ring.

7:31 the arrival at dawn. i don't think that the eagle brought anything, but it is possible. the pictures are terrible in that poor light. 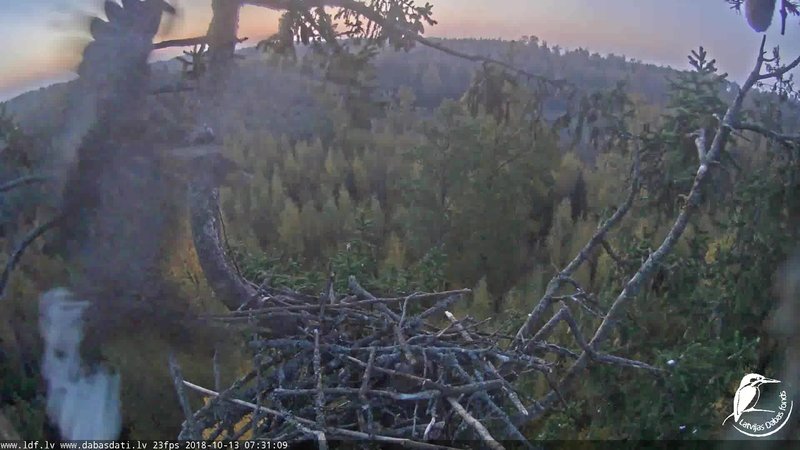 the stranger worked a lot with the sticks and ruined the beautiful grid which Raimis and Milda made yesterday.

i took a picture of the rings. they were so muddy that it's difficult to see in a still picture that the right ring is blue&black Latvian ring. i have no clue what colours the other ring is. there seems to be blue.

Liz, when you make more pictures please remember the time stamp, too. 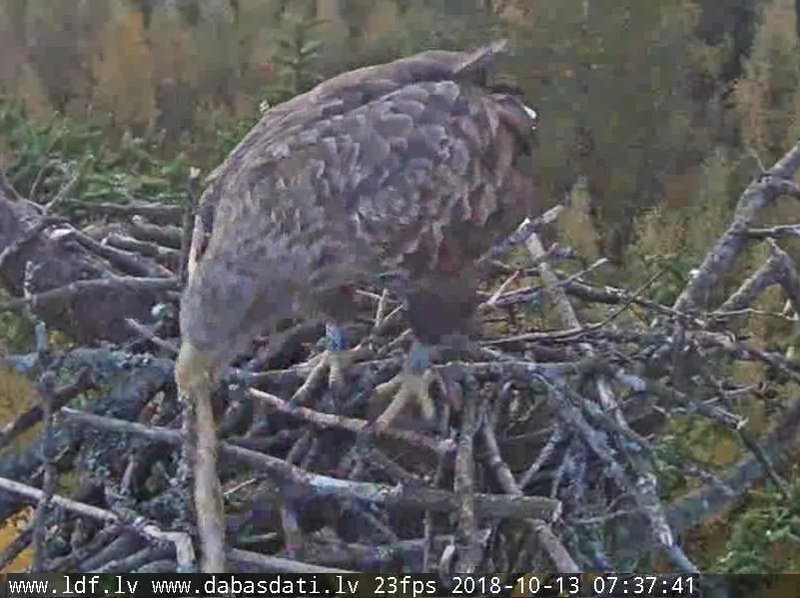 8:08 the stranger went upstairs. the tail was about as white as the tail of Raimis. also the spots were about as big as the spots on Raimis' tail but the edge between the black back and the white tail was even and smooth as in Milda's tail. -i'll make pictures later.


8:17 the eagle pooped and turned around on the branch. is he/she planning to leave?
https://youtu.be/SkeuCLSsFCc
Top
Locked
10477 posts