we two can do 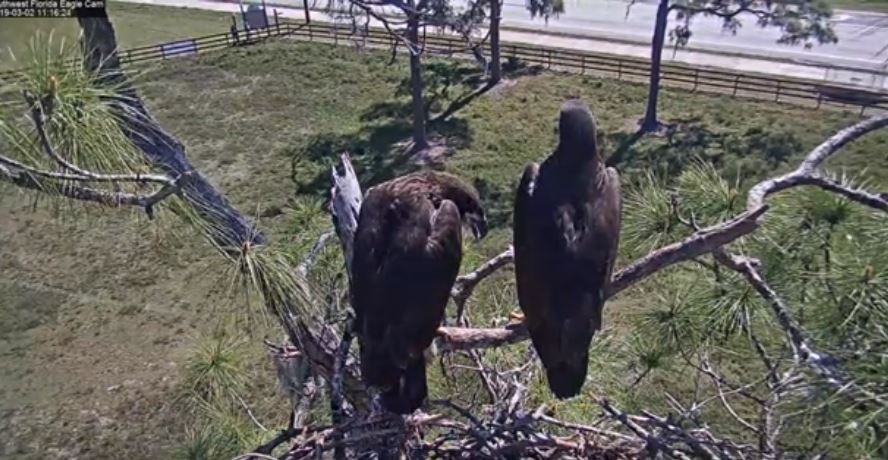 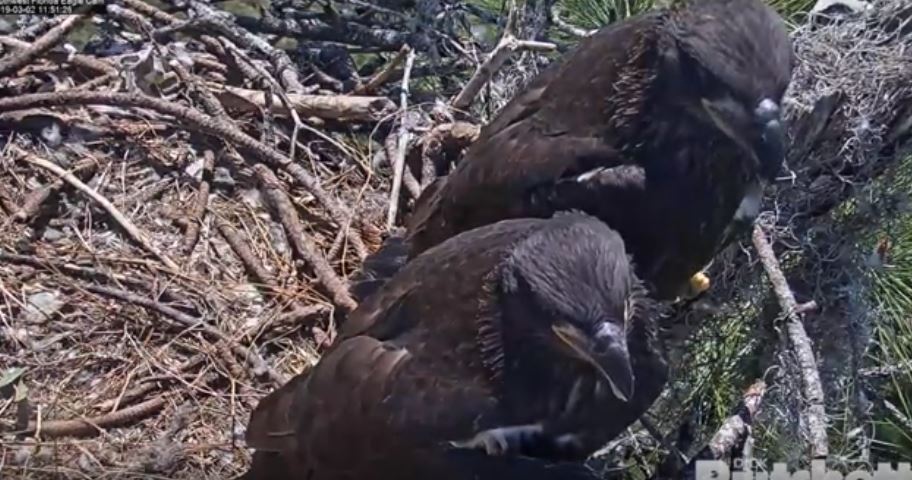 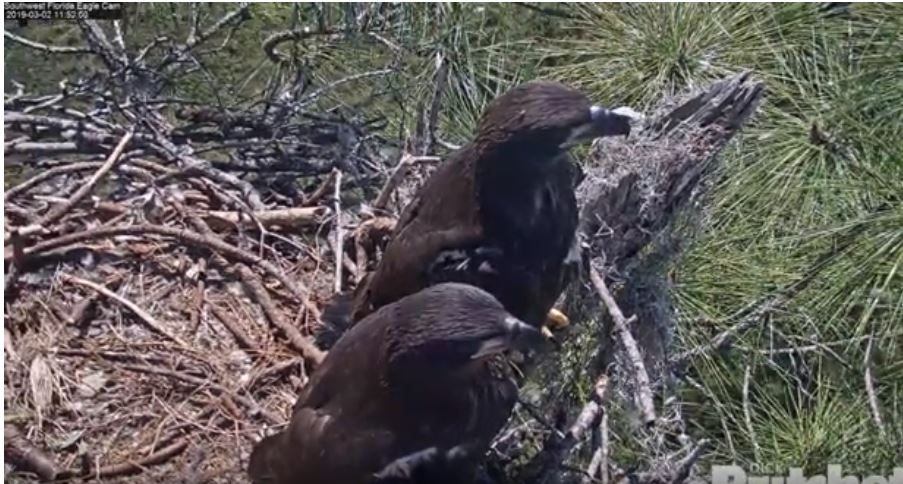 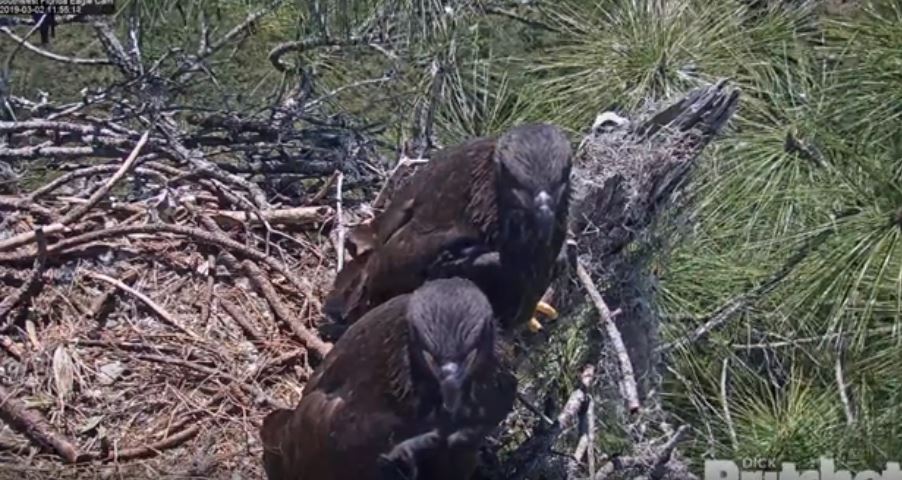 E12 wingersizing on small side branch of veranda 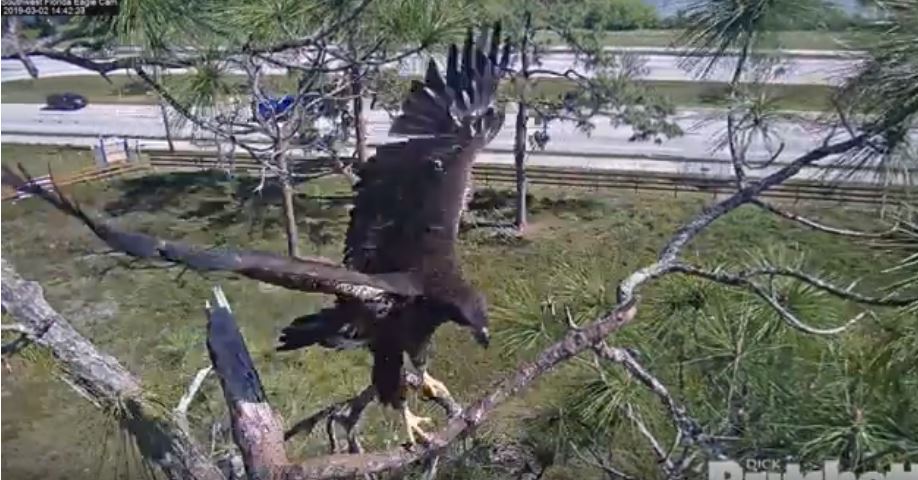 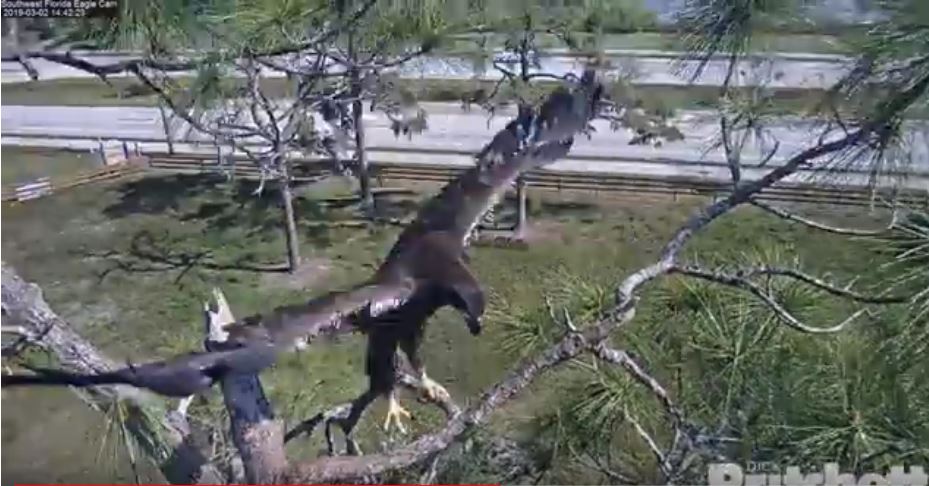 E13 on the top of the spike 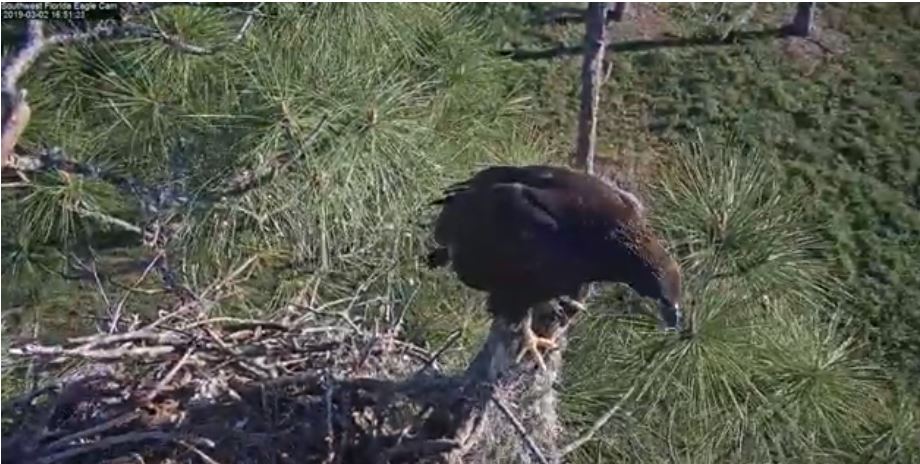 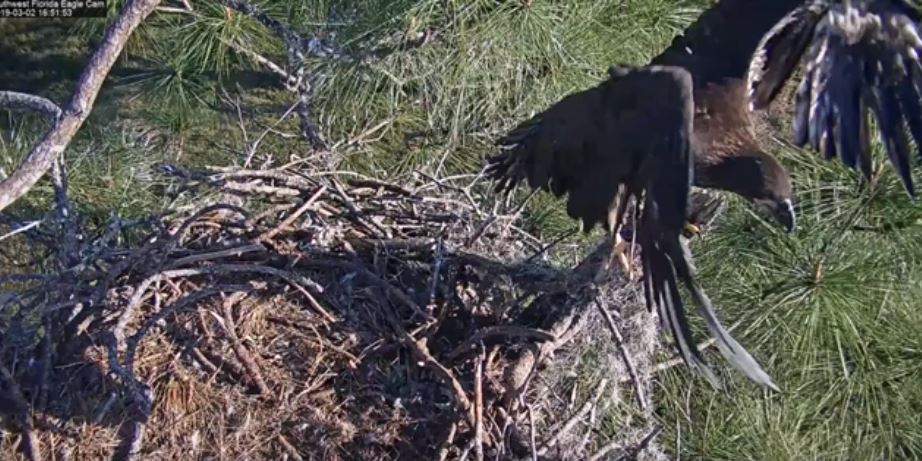 on the very top of the spike 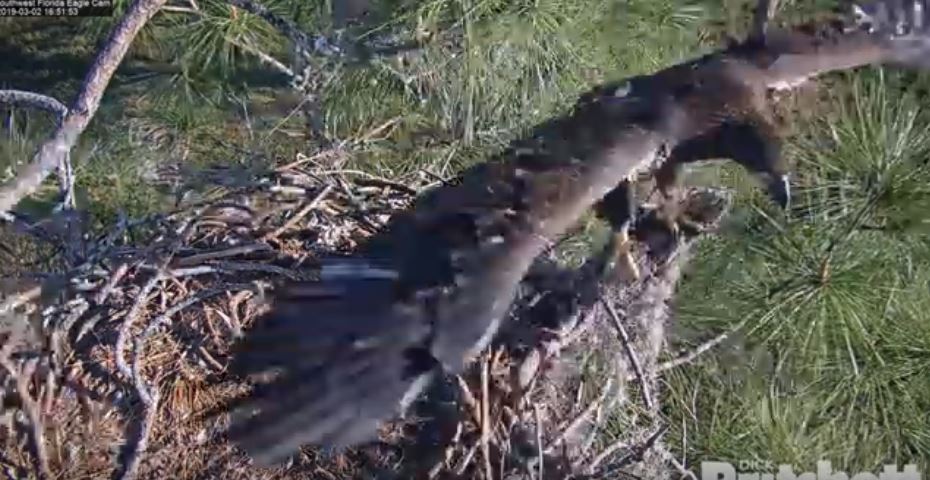 even almost on one foot

spurred on each other by their achievements 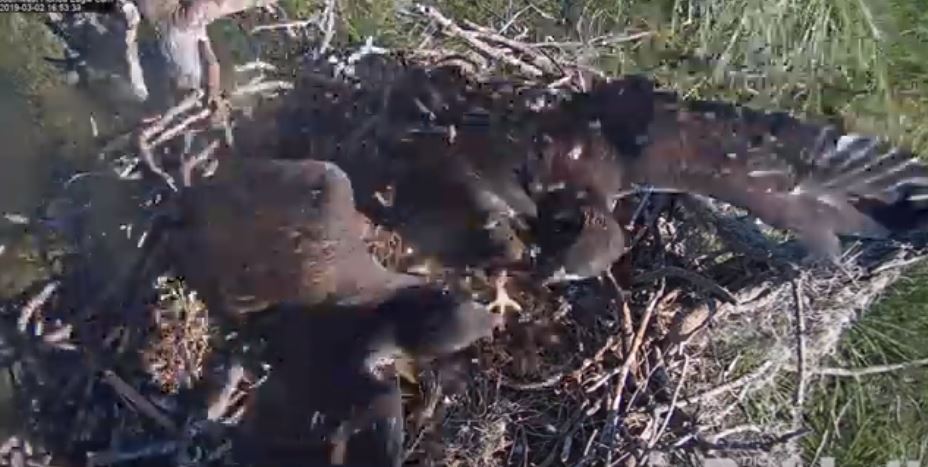 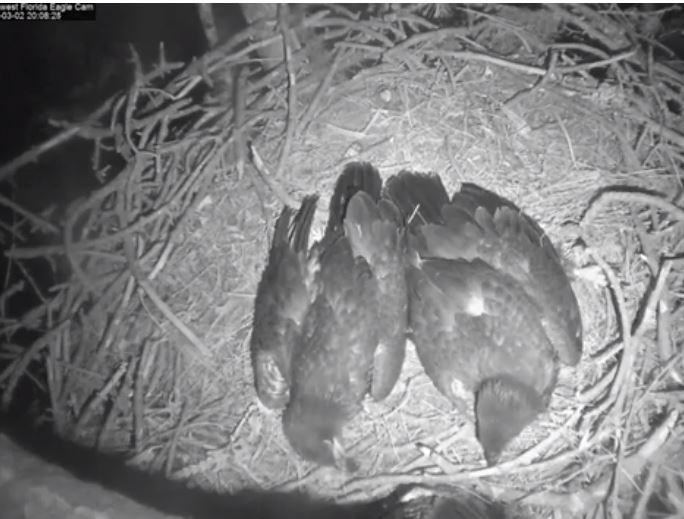 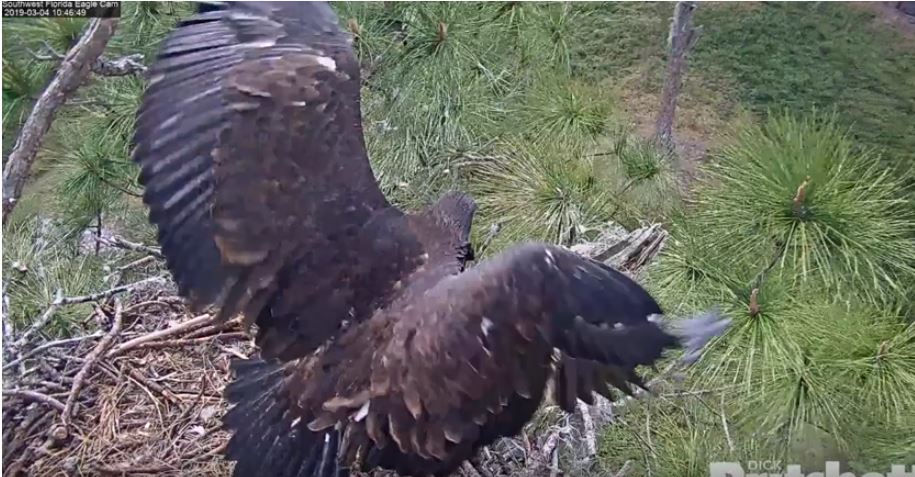 hovered a few seconds above the nest and came down again 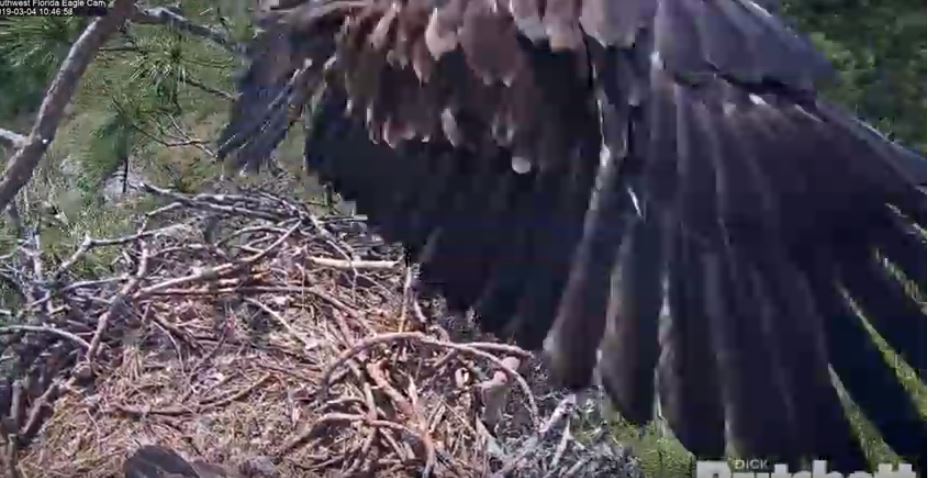 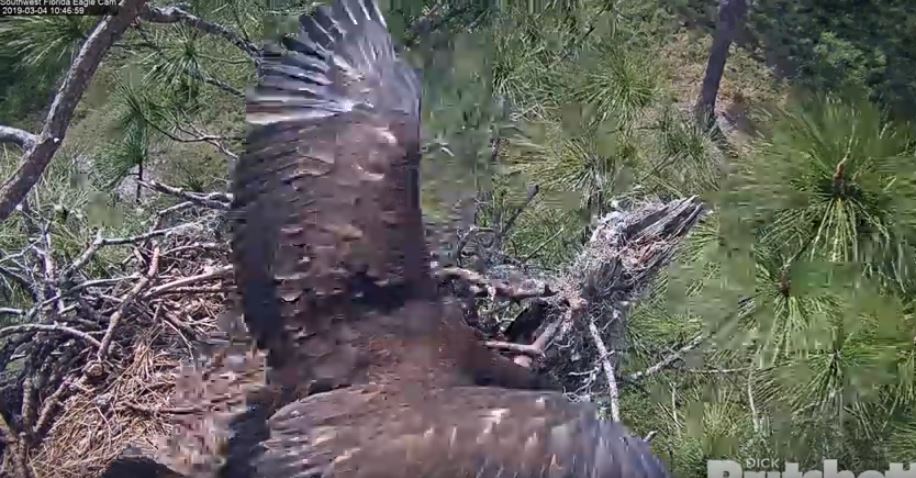 try to show with 360° cam, sorry for pictures are very dark 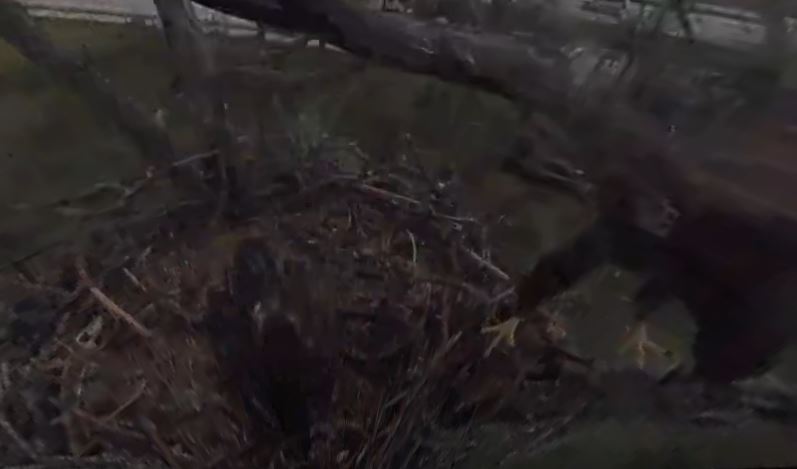 suddenly gets some good air, lifts up 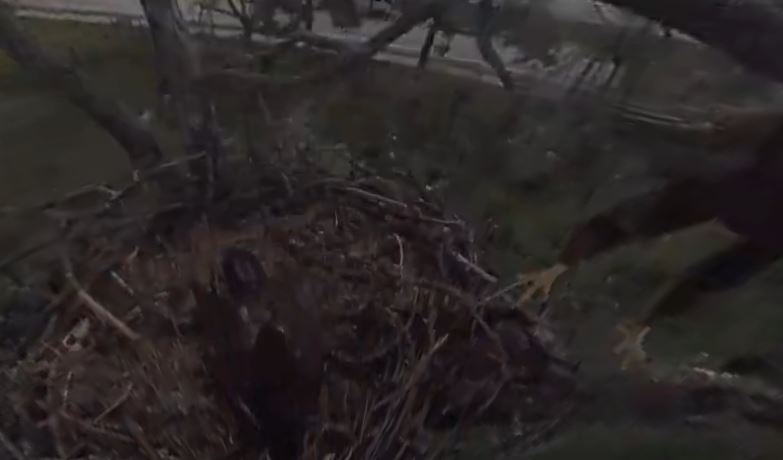 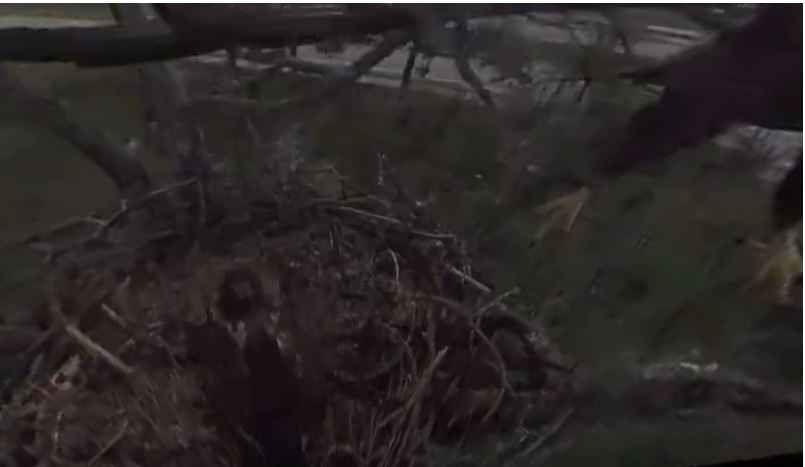 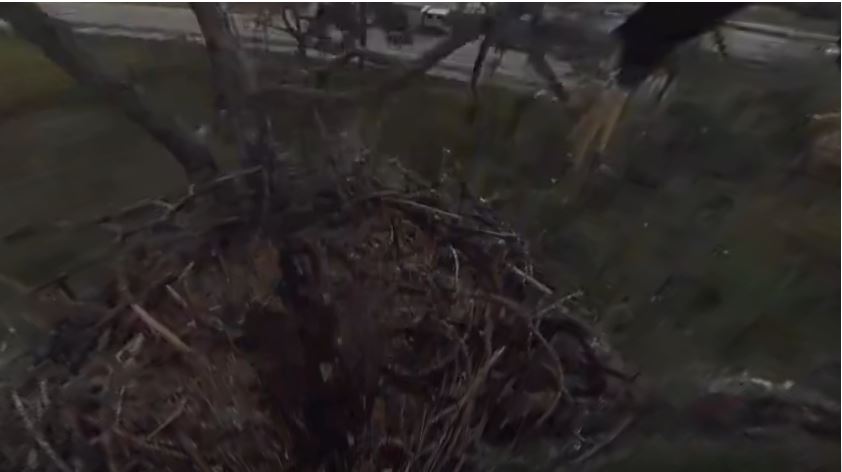 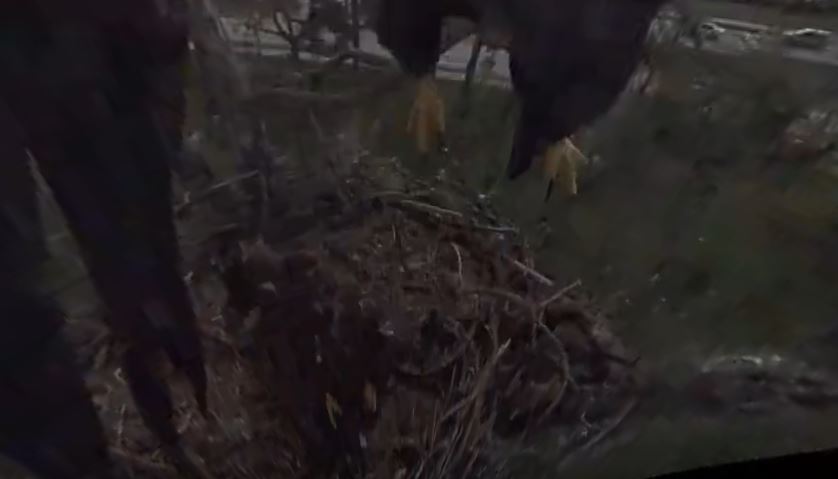 E13 on the nest was watching, certainly impressed as E12 herself

So nice to see both on the higher branches 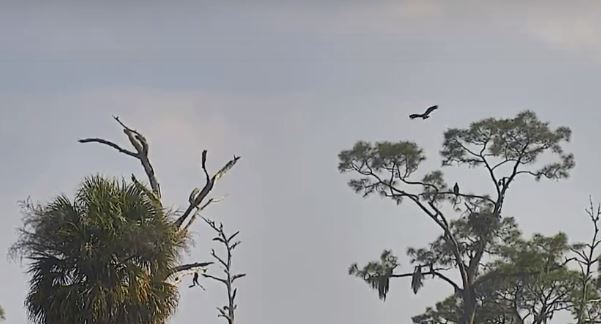 i can fly, i can fly

and she landed perfectly on pasture snag

Hi!
And what was that?!
16:57 E12 landed on the nest after beautiful fledging.
16:59 E13 followed him in the nest and demonstrated jealousy that E12 was the first to fly? competing?

i was thinking the same

Anyway, now we can be sure E13 needs no more lesson in getting more aggressive

Yesterday late evening, after 21.00, poor E13 got knocked off the attic by an owl

E12 was sleeping in the nest, Harriet and M15 spent the night somewhere in trees in the west pasture, E13 was all alone sleeping on the attic, when the owl came and hit him off.

E13 fell down to a lower branch where he held on the entire night.
E12 looked down to him after the owl attack.

This morning E13 made his way up to the lower branch !! He is fine.

He learned a hard lesson for his life. So glad he didn't fell to the ground.
Such a brave one he is and smart, waited until morning light to return up in the tree. 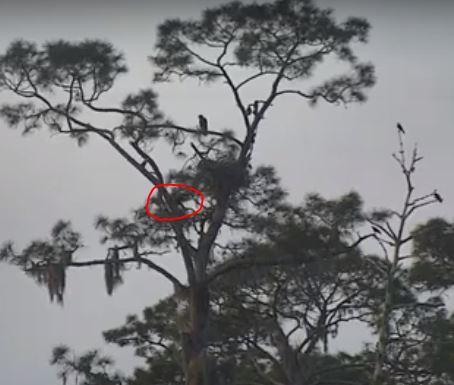 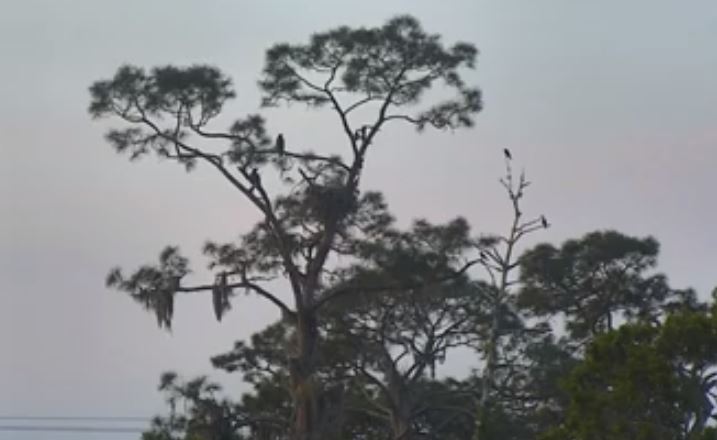 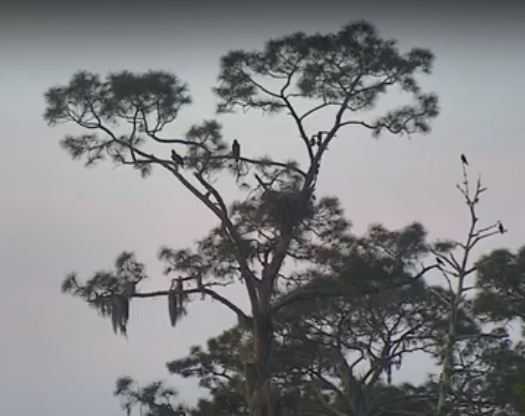 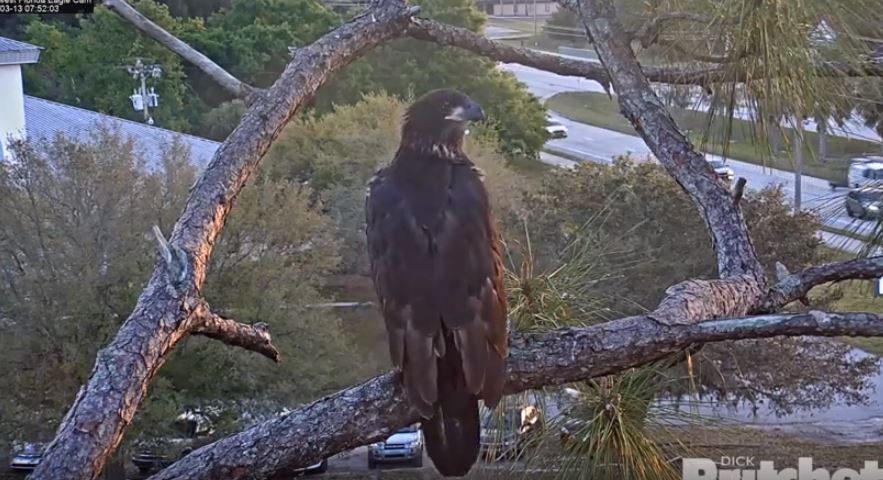 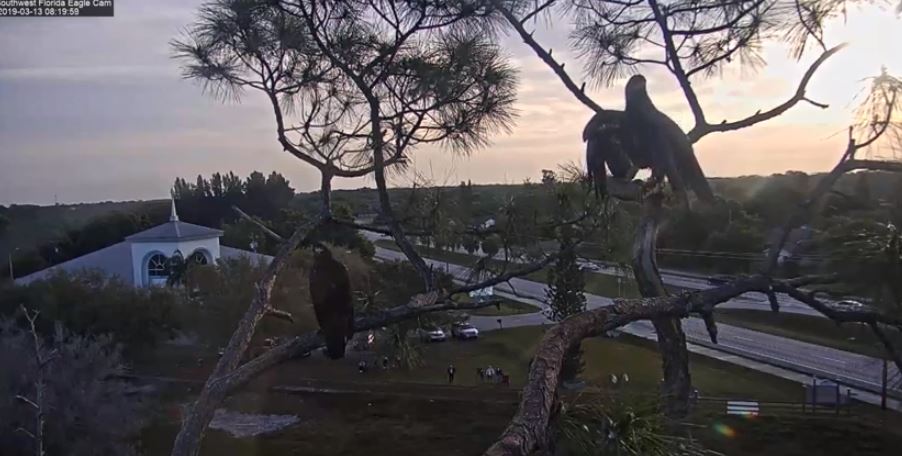 Until now E13 did not fledge yet,
was resting a bit on the nest today, recovery from the owl attack.

He flew many times from branch to branch, up and down, very nice leaps, also backwards 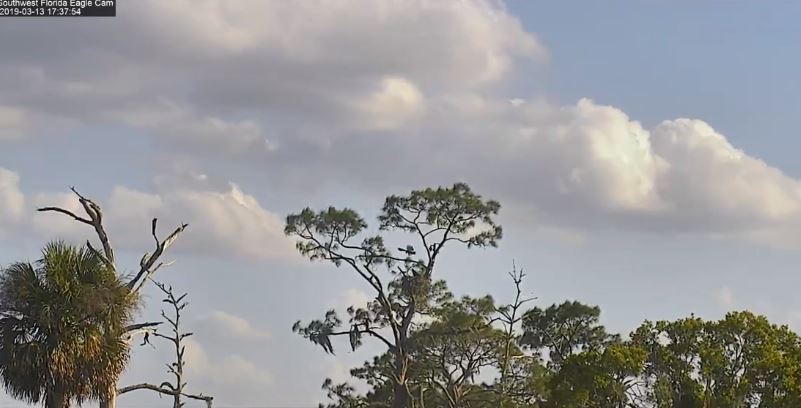 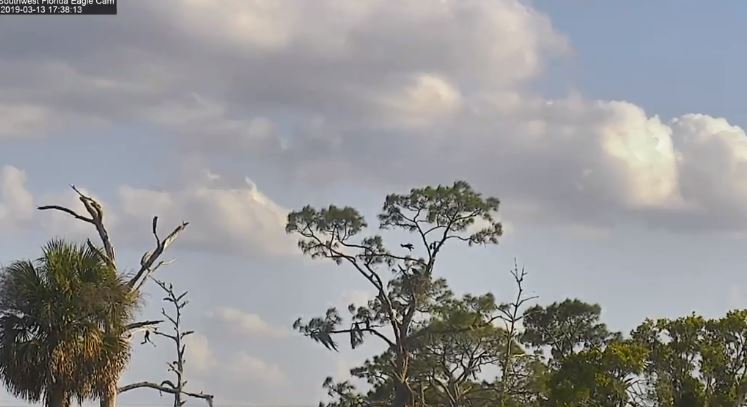 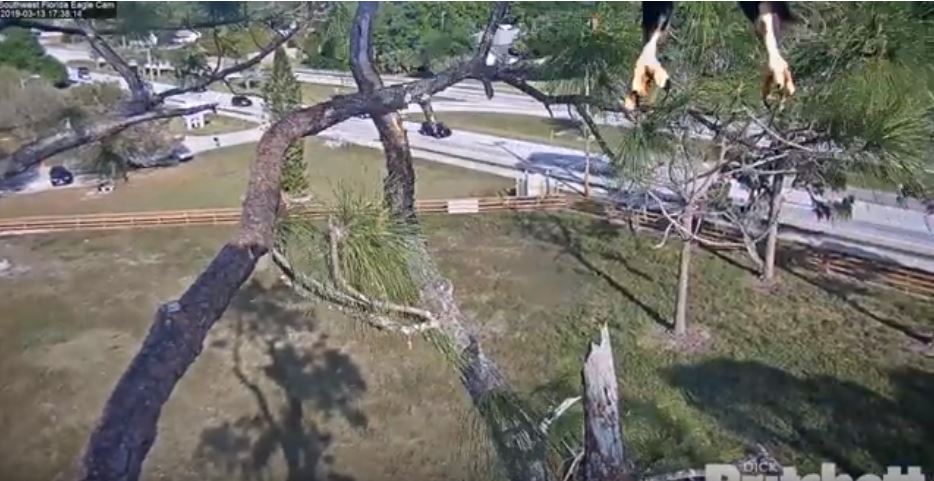 It's still dark but I can see only one, E13 ? sleeping on the front branch.

E12 spent the night at nest, sometimes on the spike and is now currently on veranda
(see the tail)

Yesterday E12 made a great leap flying from outer lower branch to the attic, missed landing on the attic and landed upside down on the veranda branch, where she was hanging a while until Harriet flew in.

E12 couldn't hold on any longer and fell down, luckily not to the ground, but on the same branches E13 did fell the night before when the owl knocked him off the attic.

E12 after a while managed to fly to the lower part of the outer lower branch und get up in the nesttree the same way as E13 took before.

I took some pictures, but was too tired tonight to insert them. I'll insert them later.
Top
Post Reply
5870 posts