I hope Pappa will recover

GHO at Shadow Ridge High School
www.srhsowlsnest.org
Shadow got rid of the fourth unhatched egg. It was lifeless.
https://www.youtube.com/watch?v=4X9F59Yt8EA
Top 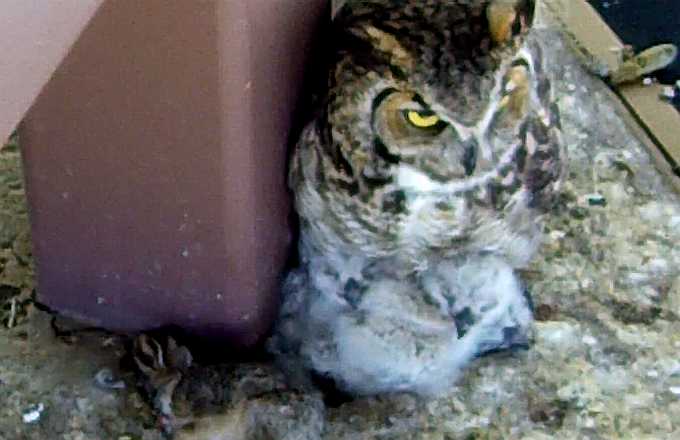 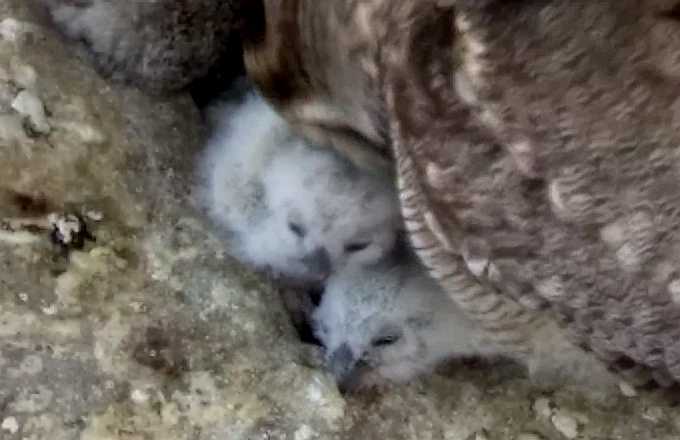 19:13
Female leaves the nest, no chance to see on how many eggs she is sitting, nest bowl is soooo deep

19:15
Male came to guard the egg/s and have a look where the lady was

https://www.facebook.com/potplantowl/po ... 1473004230
A huge THANK YOU to Bryanston Avian Vet for saving Pappa.These photos show the damage Trich causes to the mouth parts of infected birds. As stated, he is on the flight path to recovery and will be returned to our balcony once the Vets are totally happy. His immune system will be strong and we hope he will have a resistance to Trich.

It is not an option to release him at Owl Rescue, as much as we want to (for his safety). He is territorial and wont be happy sharing and his is likely to fly home anyway.

Thank you to Brenden at Owl Rescue Center for visiting and monitoring him. And all the sterling work you and your team do for owls.

Eagle Owl Denmark
https://www.dof.dk/oplev-fuglene/ugletv
Early male's visit. It was nice to see him in the daylight. 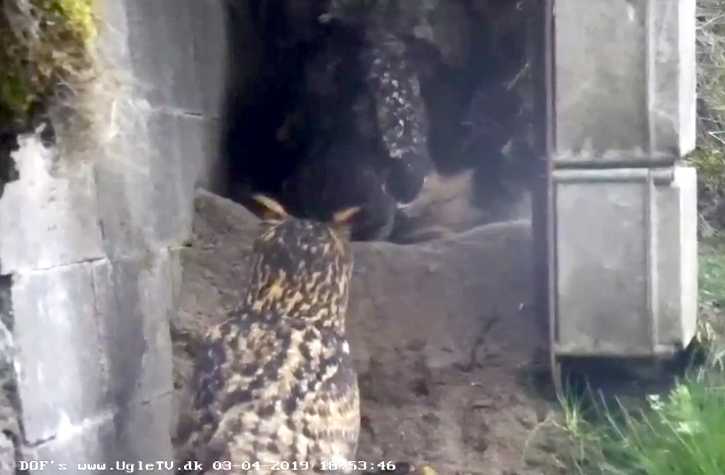 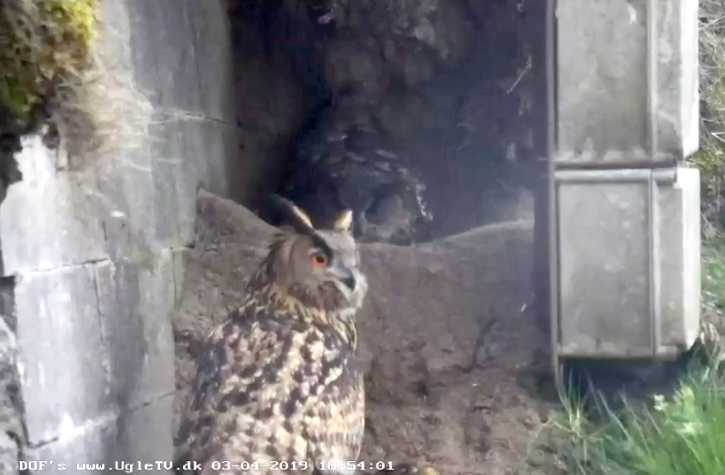 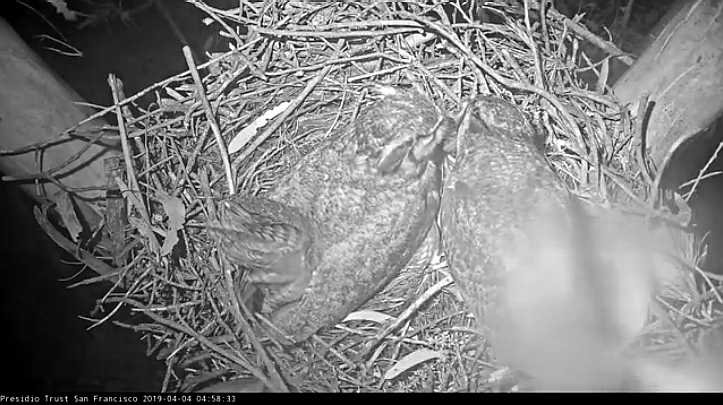 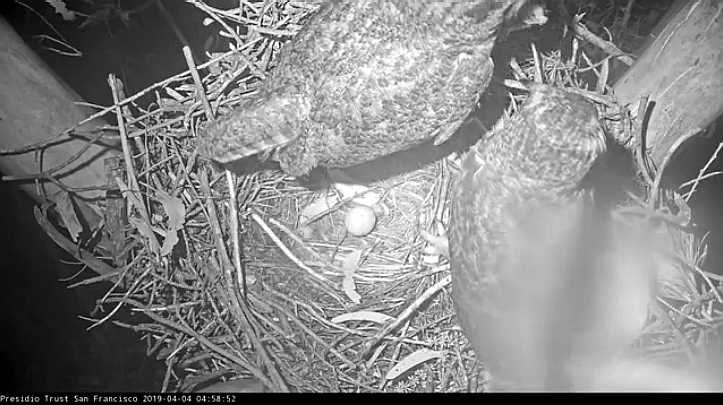 GHO at Shadow Ridge High School
https://srhsowlsnest.org/
All three owlets are fine and grow fast, but their nesting place doesn't look so cosy as before. Lot of poops, pellets and leftovers of food.
But owlets itself look cute. Watch owl family on Wendy's photos at https://www.youtube.com/watch?v=elsmP3TfwSY 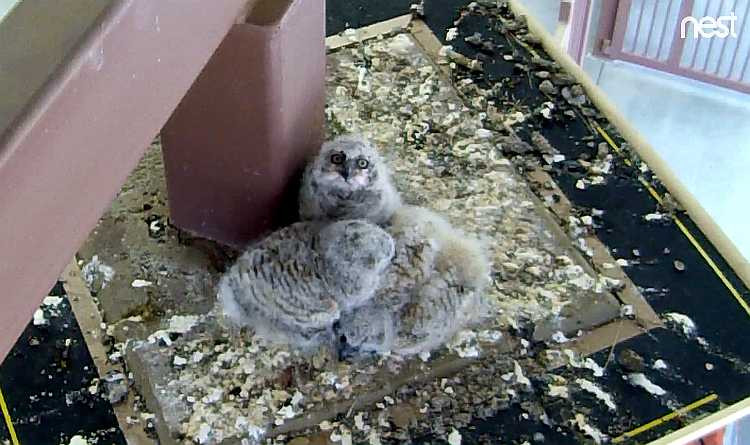 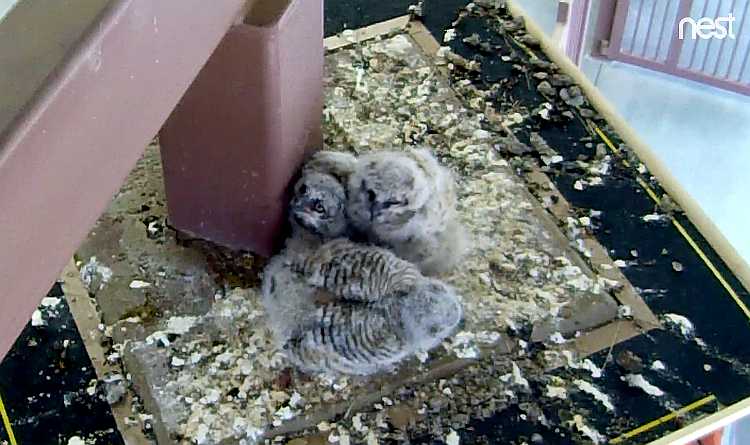 https://www.facebook.com/potplantowl/po ... 3993489230
We've waited a long time and finally today was the day Pappa was brought back here and released. A huge big THANK YOU to the Owl Rescue Center and Bryanston Exotic and Avian Vet for caring for him so well.

But the good news is that this male is still a PPO Pappa who has claimed the balcony as his family's nesting spot.

Ten minutes later, he flew back to the balcony... A sure sign that he's happy to be back!


https://www.facebook.com/OwlRescueCentr ... 6304462084
Pappa the Pot Plant Owl release.. Thanks to Bryanston Avian, Exotic and Small Animal Clinic for doing such a brilliant job doctoring him back to health. Pretty special owl
Top

from YT-chat:
Les Moore: 5:07 momma got up and the egg was broken
Les Moore​: momma is grieving now. She will be ok


Inside was all liquid. 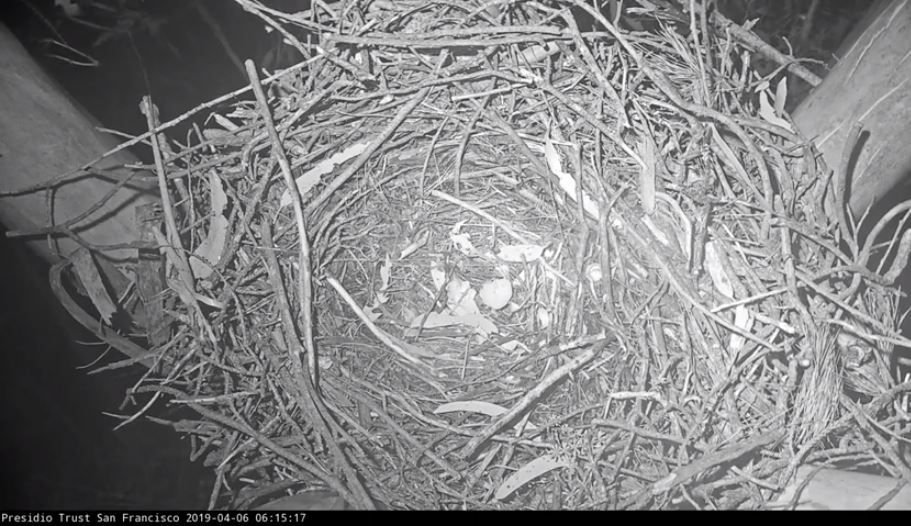 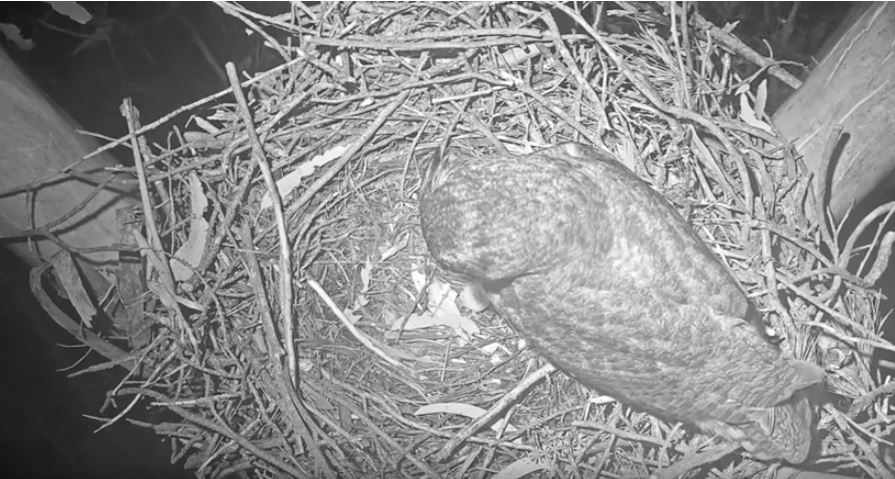 poor Mom, it's heartbreaking, she came back and sits on the broken shell,
certainly grieving 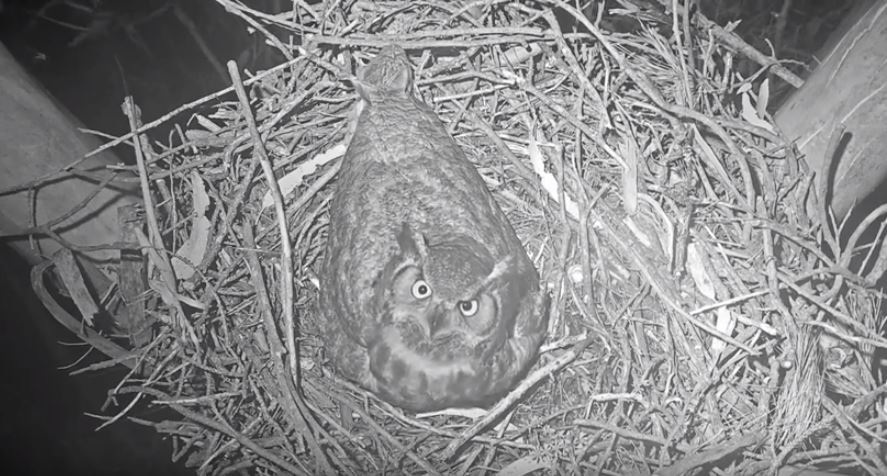 I'm sorry for the nice couple. All that long sitting in hard pouring rain and storm - all in vain.
I hope they will have better luck next time.
Top 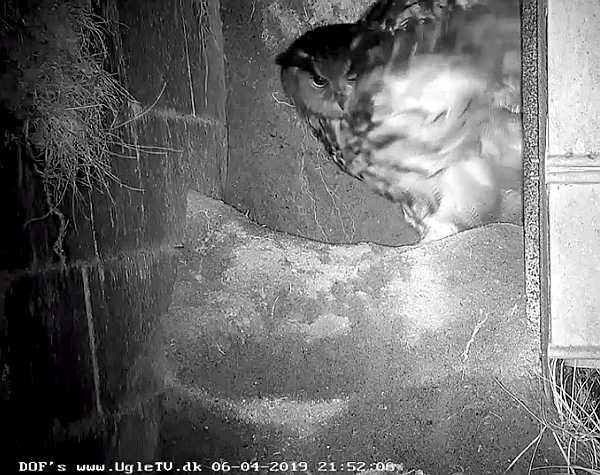 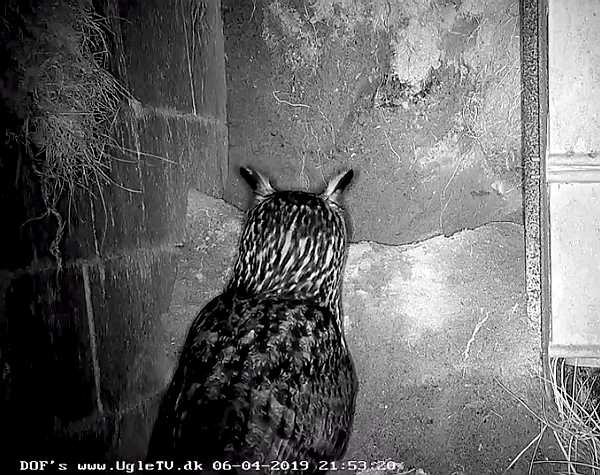 Shadow Ridge Owls
https://srhsowlsnest.org/
Owlets grow fast and will soon start to explore the vicinity of their nest ( BTW the additional platform installed by Wendy is very useful). Owlets got names # 1 Hawk, # 2 Hatch and # 3 Miles.


Although they may already feed themselves, they still like to be fed by Shadow.

Tawny Owl, Rogów, Poland
https://www.youtube.com/channel/UCO02qK ... 09xX0sbtjg
The owl dad is a good food provider so far and the chicks grow fast. II hope that all of them will survive, although, as in Tawny Owls families, the smallest one has little chance 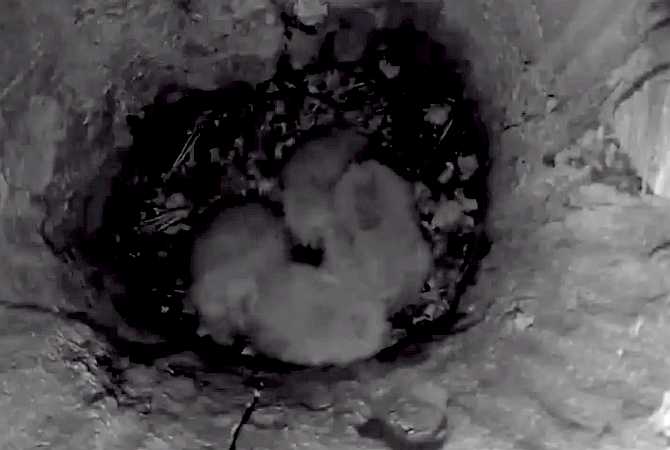 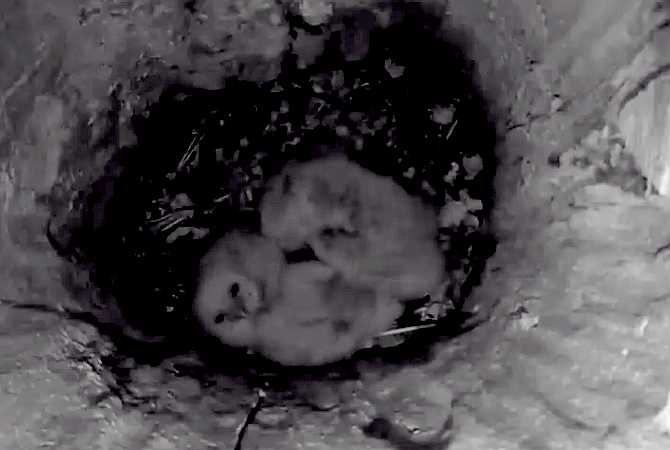 Now in the hollow it gets tight when the mother arrives.


Unfortunately, the IR lighting in the hollow is very poor. I hope that later the external camera will be installed and you will be able to watch owlets in the hollow entrance.
Top 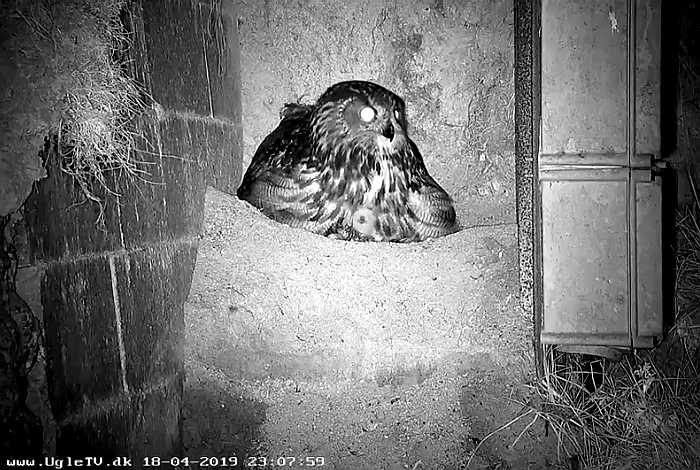 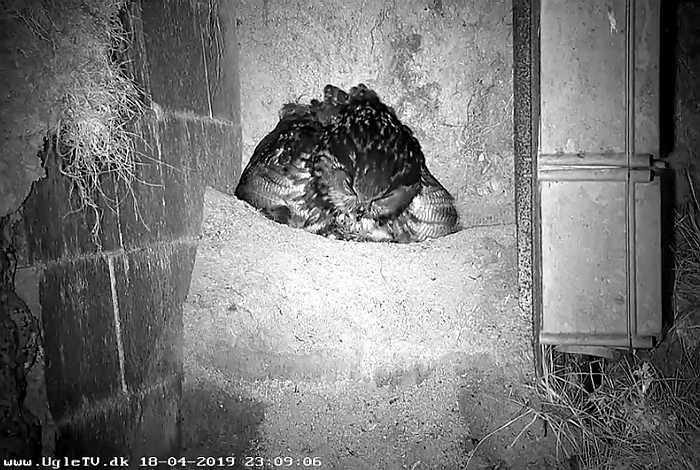 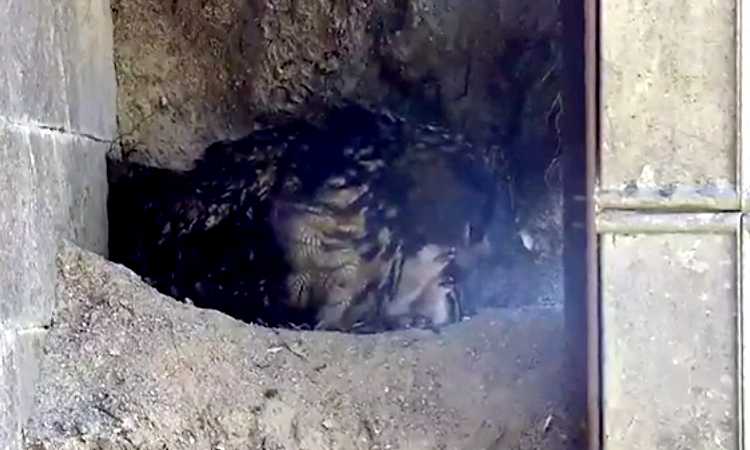 Shadow Ridge Owls
https://srhsowlsnest.org/
Last night one of owlets feel down on the net 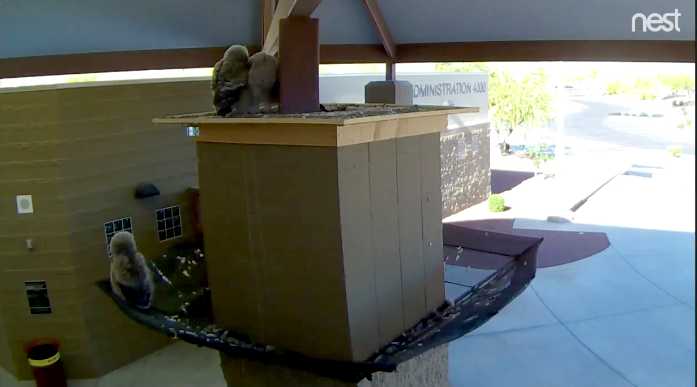 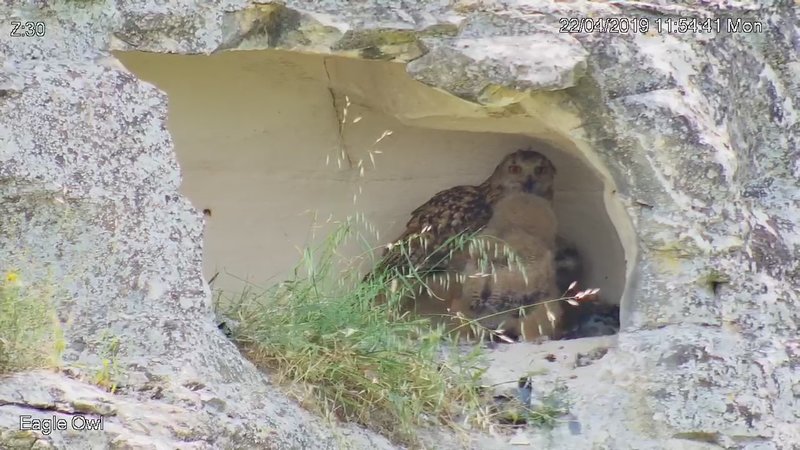 Nature does nothing in vain (Aristoteles)
Top
Post Reply
1844 posts