Poor chicks, they are too young to deal with OFAF. 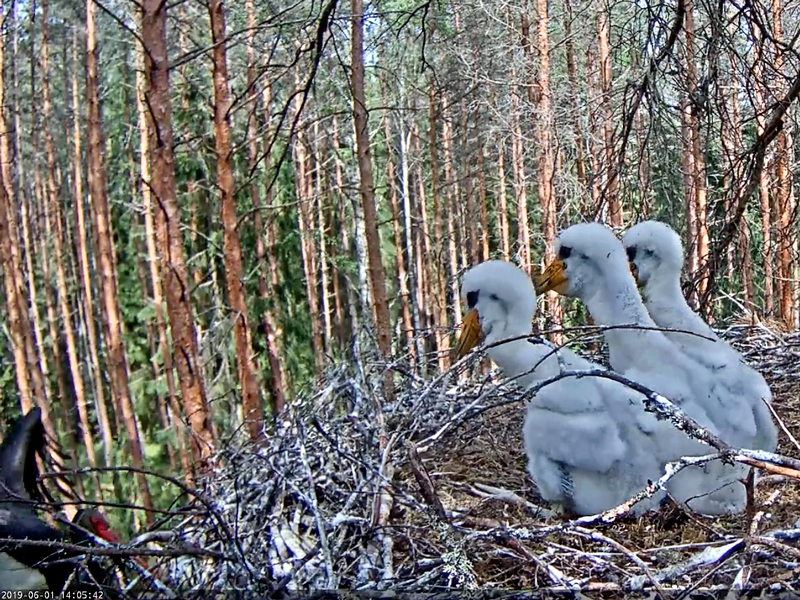 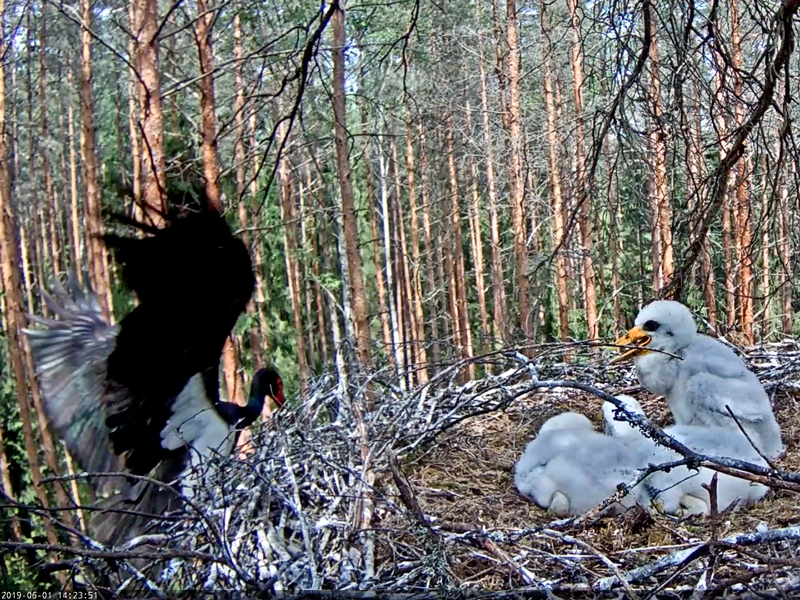 14:28:15 OFAF is vigorously shaking the big branch. What is he doing? He is making a lot of noise.

The chicks are exhausting themselves.
“Clearly, animals know more than we think, and think a great deal more than we know.”
— Irene Pepperberg
Top

OFAF is still young. He is playing with a branch. Poor little ones.

I don't know if this is playing, Liz.
It looks as if he wants to impress. 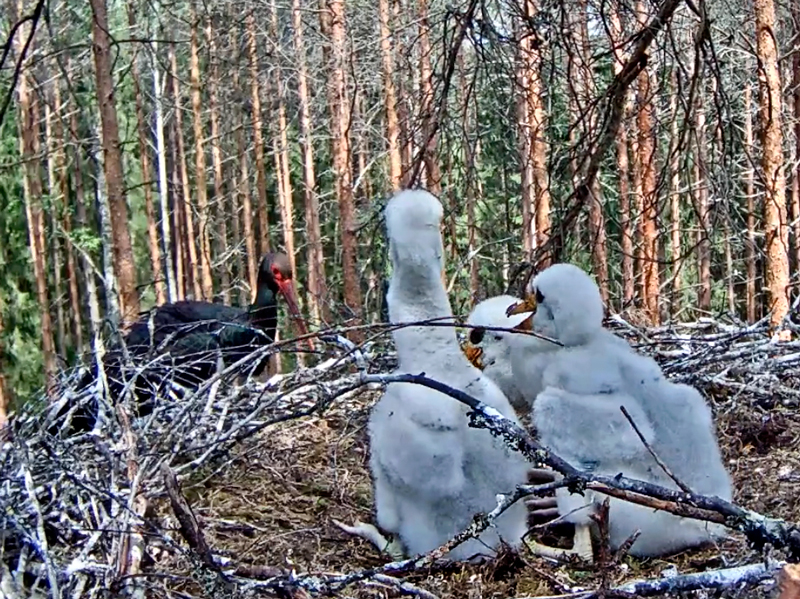 14:34 All chicks do a PS. Stress.
“Clearly, animals know more than we think, and think a great deal more than we know.”
— Irene Pepperberg
Top

Stretching and ps by all . That was much stress for them

Anne I saw it at the Latvian nests. The youths played in the same way with the branches of the oak tree

OFAF was visible already 14:02. He flew through the forest and landed on a tree near the nest on the left.

14:04 he flew to the nest and hit a branch .. so he turned back.
He landed below the nest on the left and hissed.

14:02 Arrival and landing on the left

oh dear, what a long lasting stress for the storklets! OFAF was here!

But the storklets reacted immediately and called „attack“. I‘m astonished they already can do that. Today they are only 17 days old.
It‘s bad that the parents already now let the little ones alone for many hours. It is much too early to do that. But probably otherwise they can‘t catch enough food.

Thanks a lot, Liz, Anne, Balistar, Hellem, Summi and everyone for the reports, pictures and videos! Also for yesterdays cute pictures. 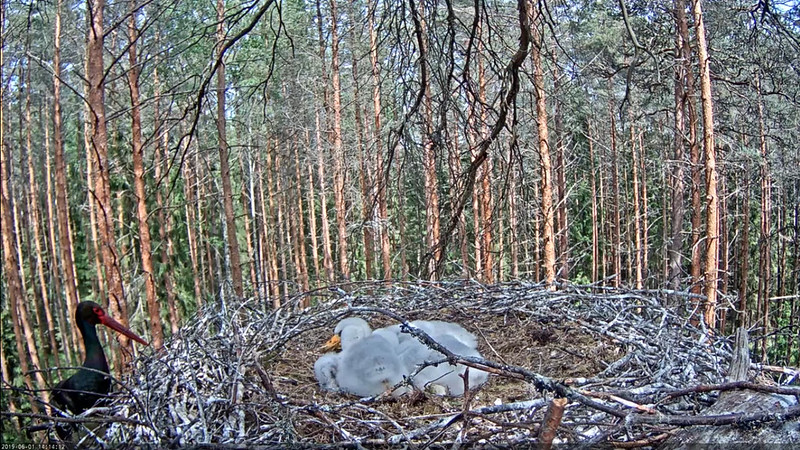 14:14:40 He looks curiously to the storklets. Maybe they are the first baby storks he sees? 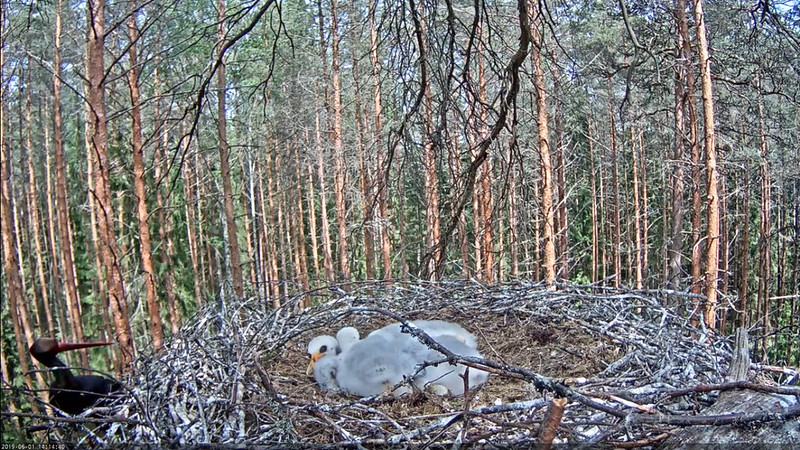 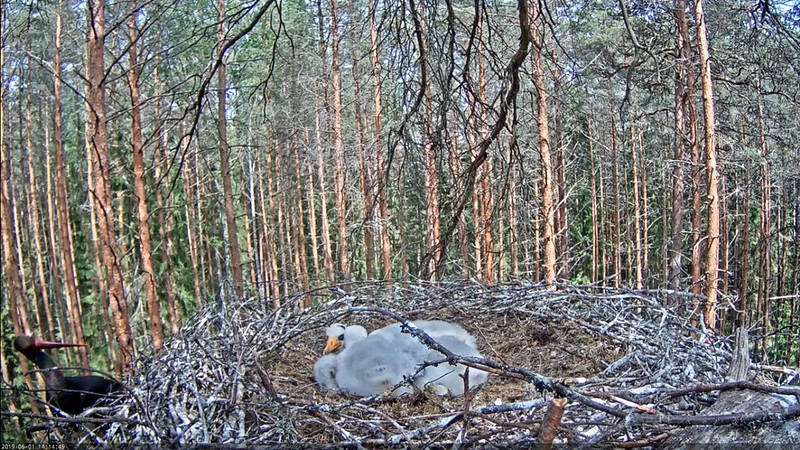 It doesn't look to me that OFAF has any bad intention. He is just curious, I think.
Top

This video includes also the stress situation 14:33 .. all chicks doing a ps

Michi, you're right. They are still too young.

Now Kati' s feeding
OAFA has messed up the chronology

Cute growling with all 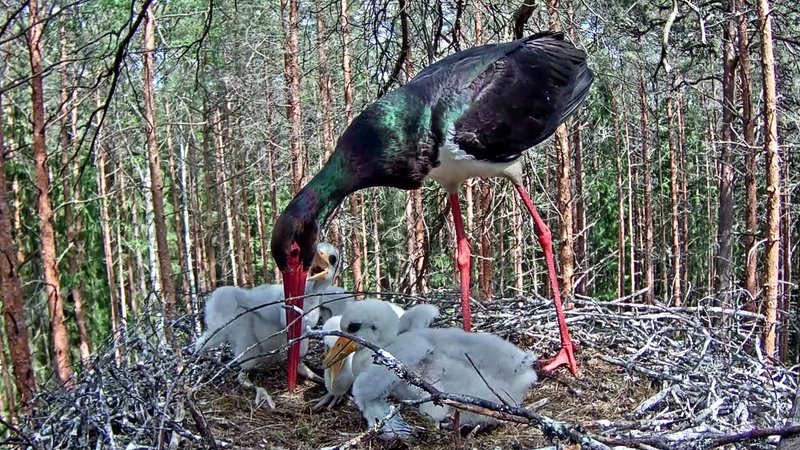 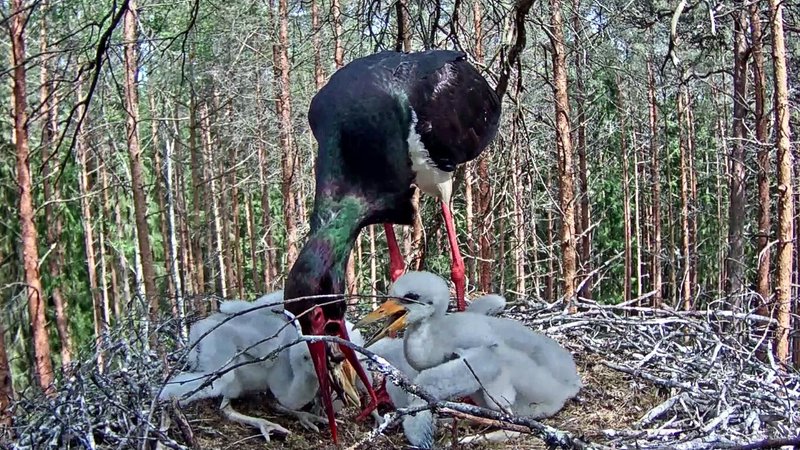 the black thin in the middle a wing ? I think not. Picture from a part of this food 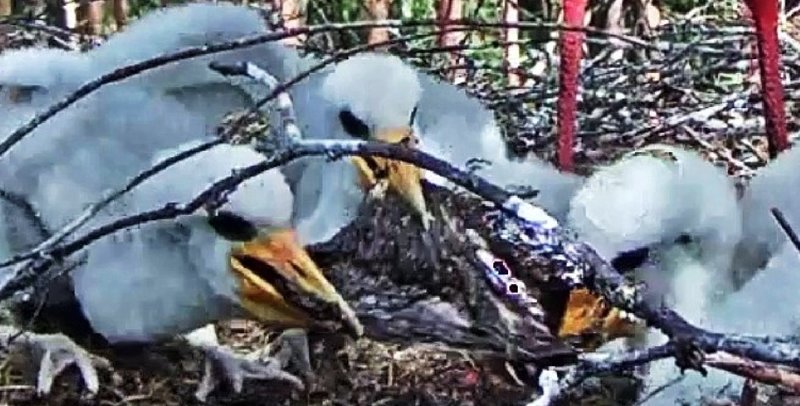 Sorry the red color! I try to find this picture again in another program.

perhaps vice versa? perhaps this stork dare to come here again, because the nest is not garded so strictly?

Biker,
He will come too, if the nest is guarded. We saw this every year on some nests. Here too.But if a parent is here, it does not last long.
Soomaa GE chick hatch countdown 2020 https://www.tickcounter.com/countup/157 ... will-hatch
Top

Hello Biker, probably you're right. And if he had come anyway, as Liz thinks, the parent would have chased him away quickly. Then at least the stress situation for the storklets would not have lasted so long.
Top

I also tried to see what it was. Anne, when i saw this picture i spontaneously thought waterfawl or a not too young chick of a waterfawl. ??

i "see" a beak of a bird and an eye, my eyes are no more the best 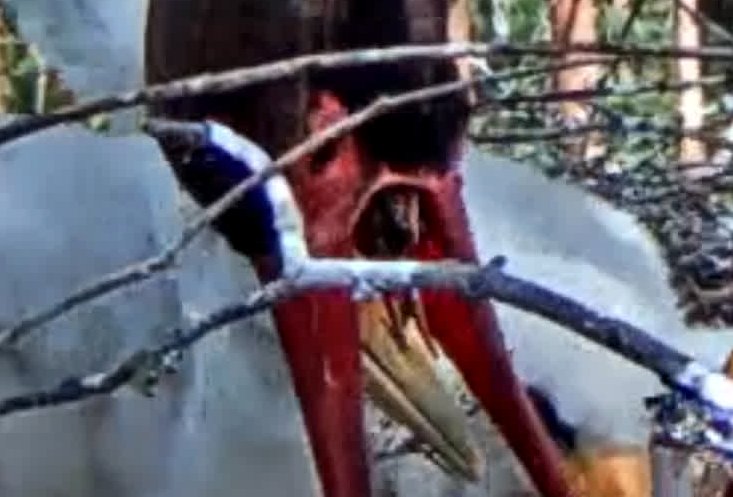 Anne, thanks for the great pictures.

I saw blood on all three beaks from the storklets - I saw it, ater OFAF was gone. it is still blood there.
It could be a bird. It does not have to be a water bird. It can also be a ground breeder. A bird brooding on meadows or forest ground.
Soomaa GE chick hatch countdown 2020 https://www.tickcounter.com/countup/157 ... will-hatch
Top
Post Reply
7299 posts