Good catch! I just did another rewind, and saw the male do a delivery about 4 hours ago. Couldn't get a decent screenshot, but here's the female after taking a flyabout 3 hours ago. 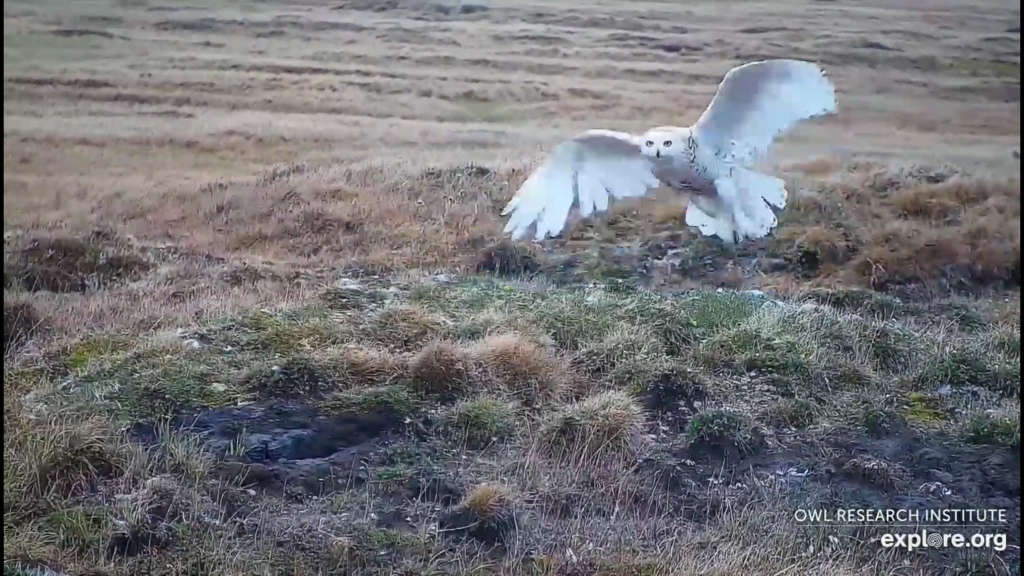 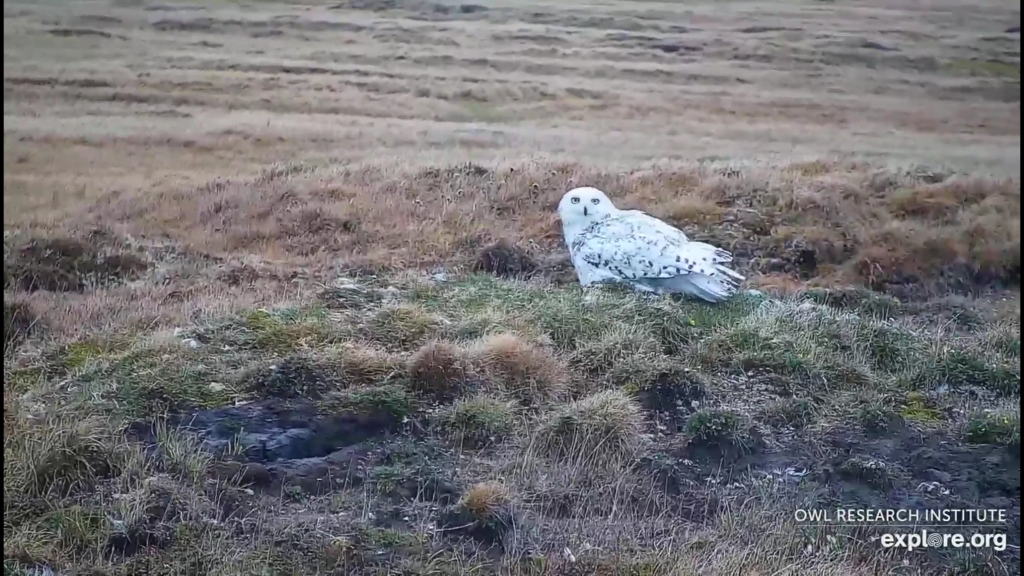 Eagle Owl Denmark
https://www.dof.dk/oplev-fuglene/ugletv
June 30
Shortly before midnight, mother came to the nest and took away the remains of the hedgehog.
I have not seen any owl since then. 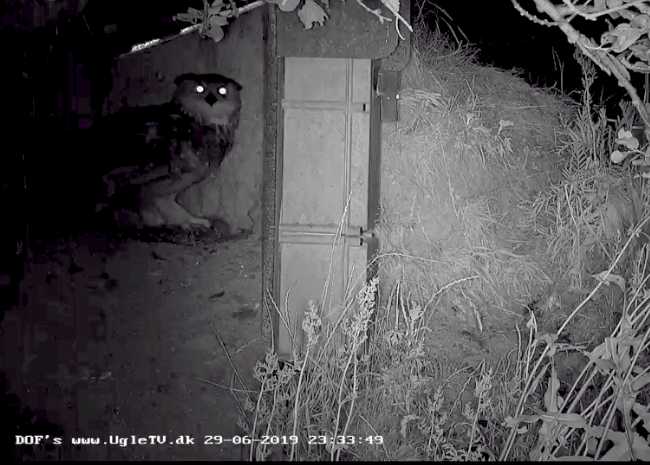 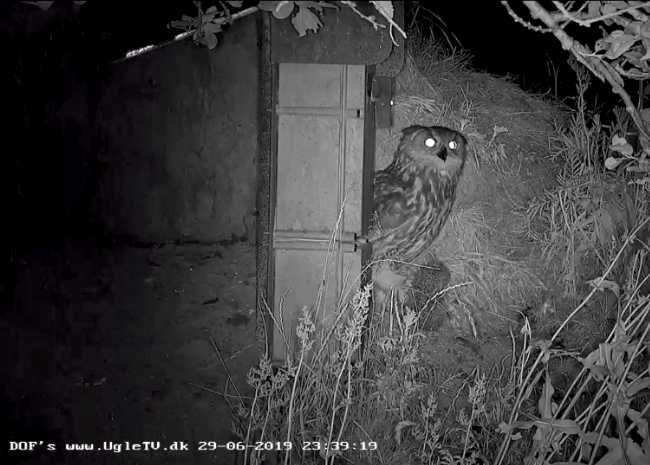 Snowy Owl, Barrow, Alaska
https://www.youtube.com/watch?v=qCqayQYtpio
June 30
Something or someone scared the female. She left the nest and did not return to it for over an hour. She flown many times around the nest, sat on the neighboring hill, but did not return to the eggs.
I shortened this video to 6 minutes. 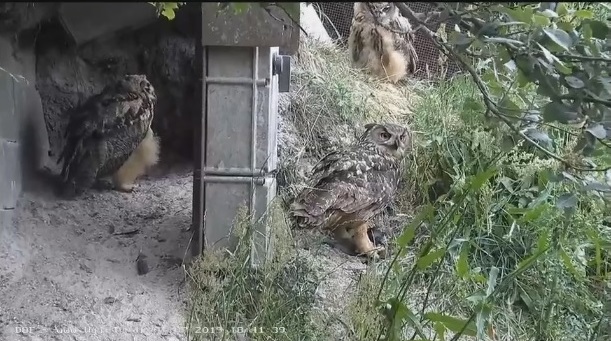 Oh , yes, both owlets and mom are back today


It is not easy to spit out the pellet


Did the owlet hatch? It seems that the female is feeding. 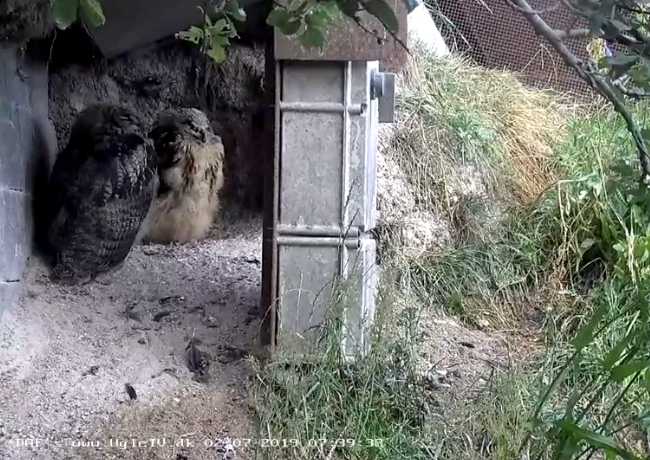 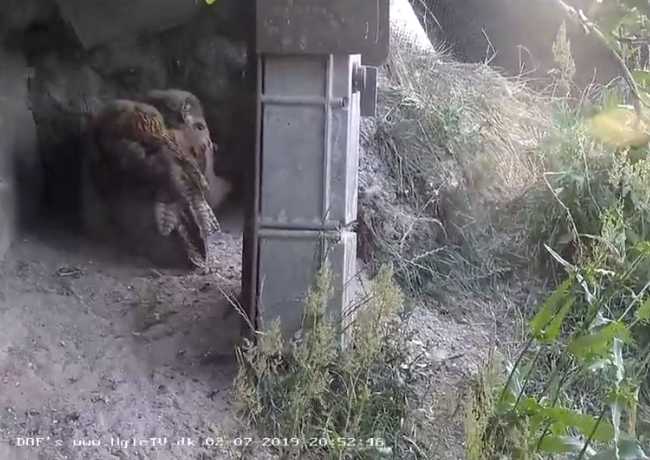 Eagle Owl Denmark
https://www.dof.dk/oplev-fuglene/ugletv
July 4
Owlets still like to spend time in the nest and be fed by their mom

Thanks for the information! I've been noticing the female facing the ground a lot, but kept forgetting to check the forum on explore.org for news about a hatch. I suppose it will still be some time before we see anything of the owlets.

I just scanned the last 12 hours but couldn't detect the male. Seems to be quite windy there now. 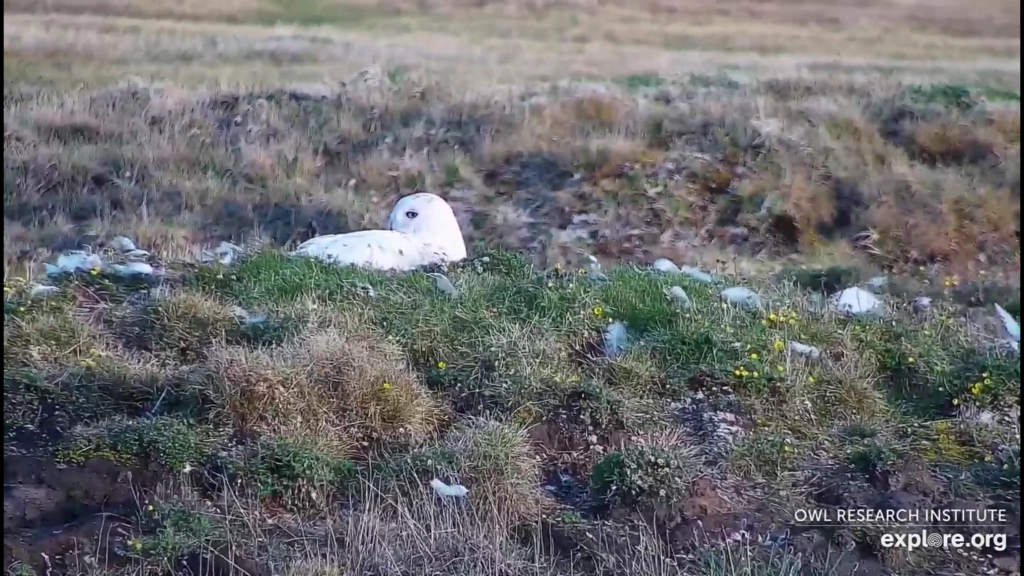 She's not giving away any secrets...

Snowy Owl, Barrow, Alaska
https://www.youtube.com/watch?v=qCqayQYtpio
July 8
Like many owl dads, also snowy owl male tries to feed owlets with the whole lemming, while female is out of the nest 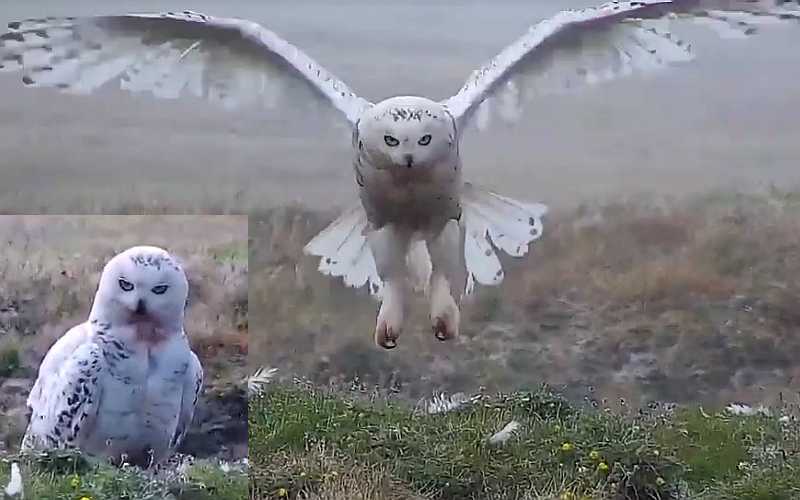 ....and her owlets sticking out from behind the hill


Female not always accepts the Lemming


Owlets are more and more visible.
Something is moving on the left . Parent? Goose? They are neighbors.

Füleskuvik webkamera / Eurasian scops owl webcam
Second year in a row for this nestcam, which started streaming just 10 minutes before I posted this.

Filmdzsungel Stúdió wrote:This year we decided to present the breeding and rearing period of a less well-known owl species, the Scops Owl. This bird is the only migratory owl species in Europe: it spends the winter in Middle and West Africa, and arrives back at the beginning of April. We know relatively little about this small owl (approximately thrush sized) compared to other owl species, so we hope that besides presenting this bird via live webcam for the public, we will have the chance to expand our knowledge in these fields.

At the beginning of the live broadcast the female is incubating four eggs (this is the whole clutch) and the male is carrying food to the nest.

This year there's also a second cam view showing the inside entrance to the nestbox. That one also has a mic, while the main cam doesn't

[Edit: Actually, looking here it seems that streaming started on 7/10. At least some of the eggs have already hatched. But most of the action is still ahead.]
Avatar: Pomatorhinus musicus
Top

Here's just a couple of shots from last year's (much earlier) season: 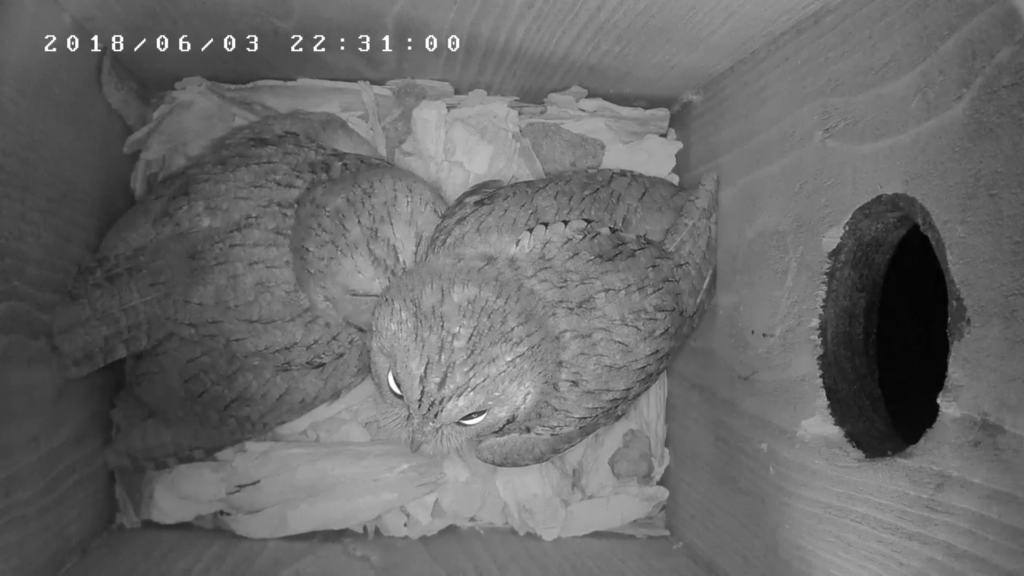 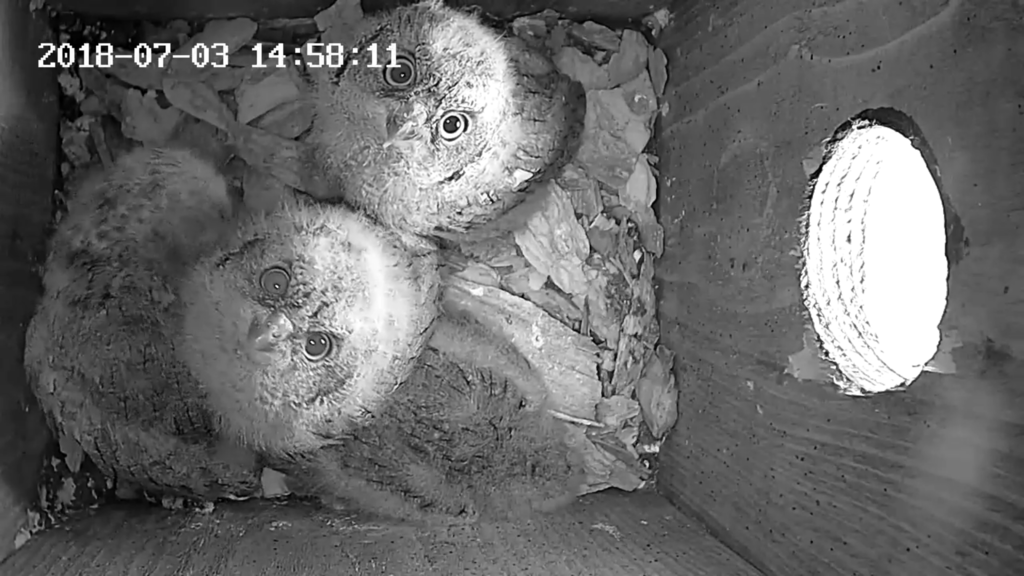 And two from today: 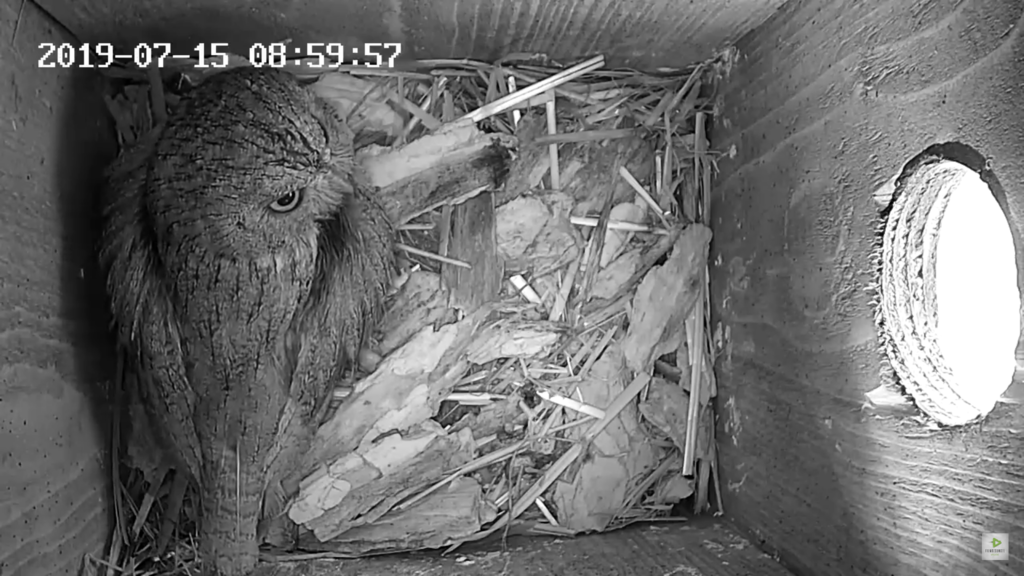 When the female changed position, it looked like there were at least two hatchlings underneath her.
Avatar: Pomatorhinus musicus
Top 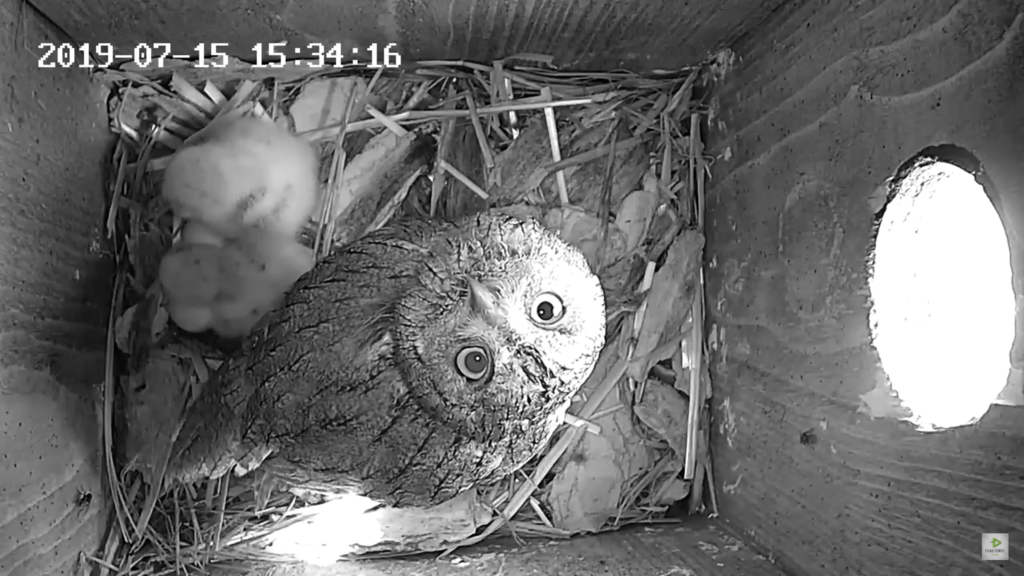 Owlets grow very fast, the oldest ones change color to gray and begin short walks outside the nest. 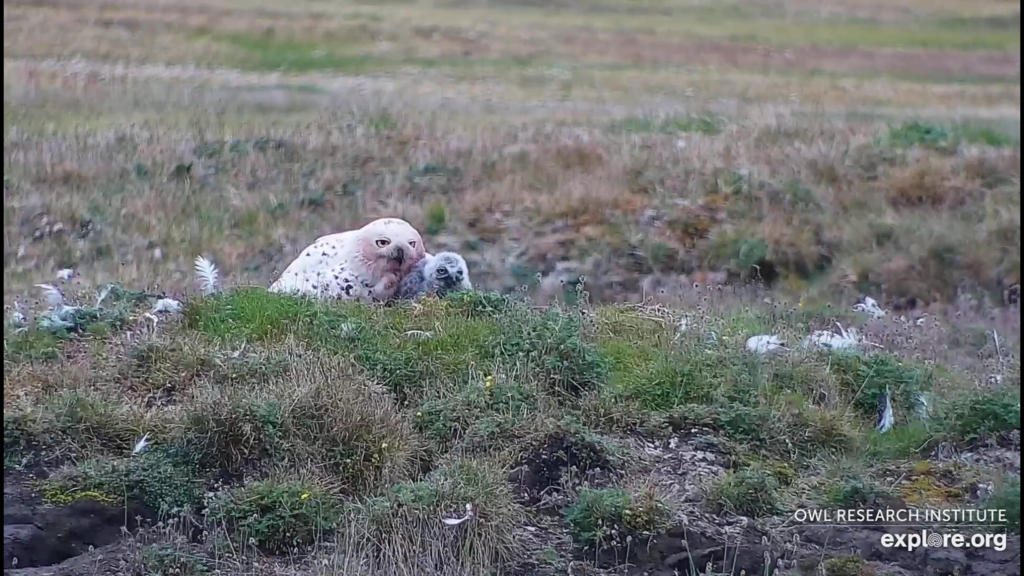 They were even home alone for almost half an hour just now. 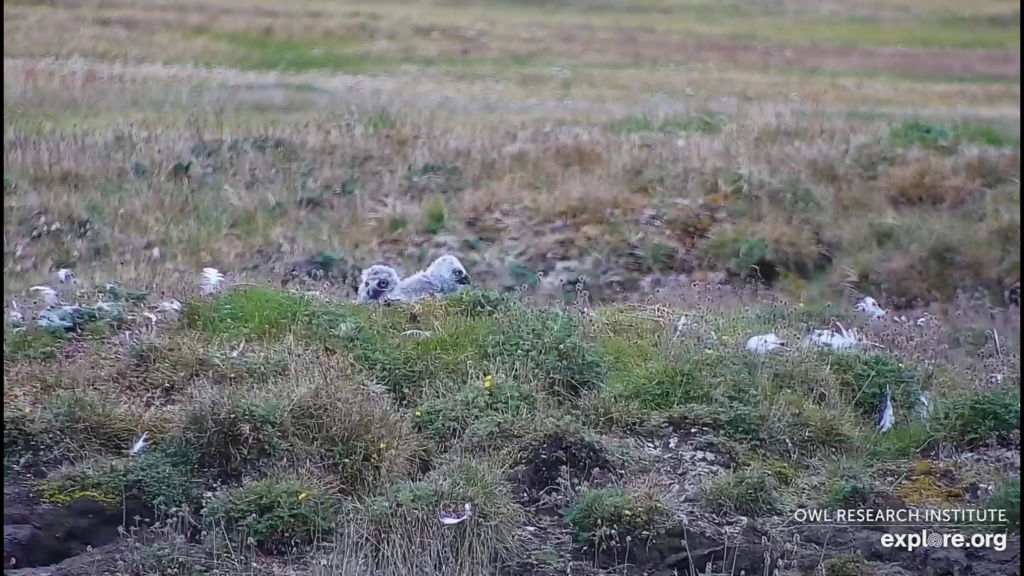 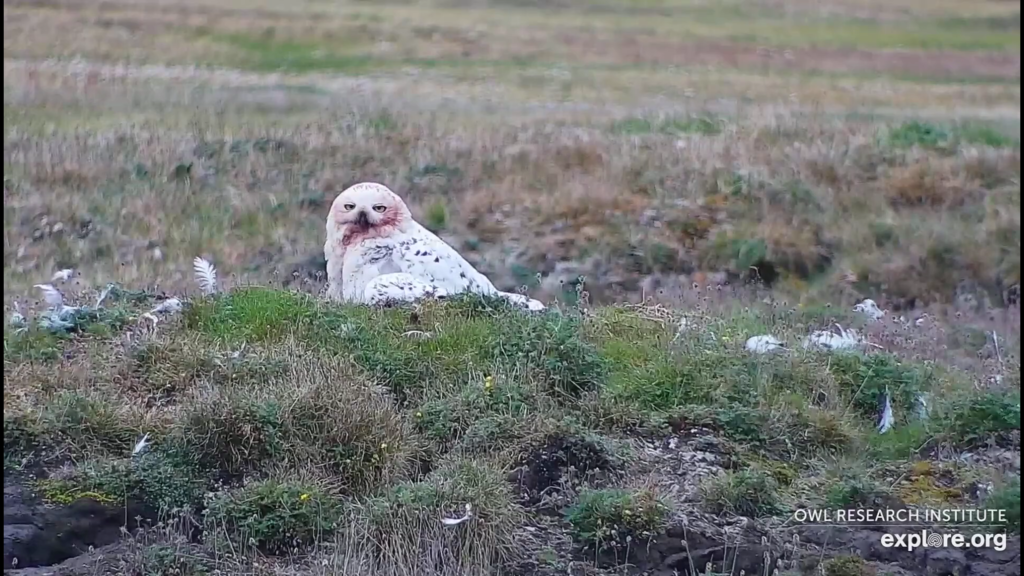