Good morning.
Good to be back online, after "Error 503. Server maintenance"
Webmaster contaced EEnet Customer Support but they did not work until this morning at 9 am. Nearly one hour ago.
Now we are here, as usual.

I agree, the number of bots has increased in recent months but we have not suffered an attack. Maybe it is just more advertising crawlers?
Top

Jo UK wrote: ↑December 30th, 2019, 9:58 am ...
I agree, the number of bots has increased in recent months but we have not suffered an attack. Maybe it is just more advertising crawlers? 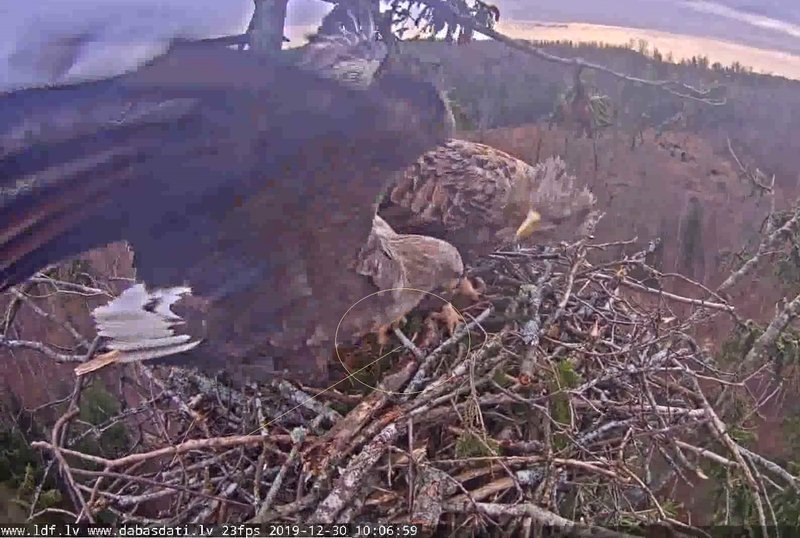 about half a minute later Milda flew out to the right.
10:08 Raimis followed her.

btw: i have forgotten to thank especially for the zoom videos which Crissy, Liz and Sonchik are making. they are superb!

my own trials in this field are so amateurish and miserable that i'll stop making them. 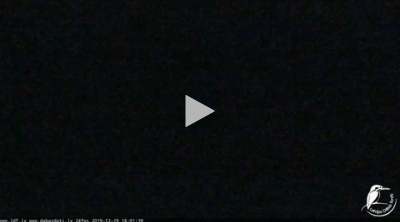 Is it Bubo bubo? Unfortunately the wind is loud, the call is low.
Top

i must be not only blind but also deaf...

all i can hear is wind.

i'll quote here one of my posts from yesterday because my question is about this situation.

ame wrote: ↑December 29th, 2019, 3:47 pm ...
then an eagle flew by from the right. another flew towards the first from the left.
the second looked rather dark, especially the tail didn't shine white. maybe that was the girl from this morning.


i saw later in your zoom video that after the 1st and the 2nd eagle a third eagle flew far on the left side to the left. it was partly seen against the sky and later against the forest. it seemed to have a white tail, or is that my hallucination?
(the 1st and 2nd eagles are shown in my picture above. they flew over the meadow and vanished there, meaning i that i lost them from my sight there)

then it took several seconds before the last eagle flew from the left and by the nest, over the meadow and to the forest. (this last eagle was actually the fourth eagle but yesterday i thought it was the 3rd.) the last eagle had clearly a white tail. it is possible that the 3rd and the 4th were the same individual because there was enough time for the 3rd eagle to fly around and return near the nest tree to make a new fly-by as number 4.

who might the 3rd eagle be? what do you think, Sonchik? yesterday i thought that the last eagle would be Raimis or Milda.
Top

greetings from Jānis passed on to us by MĀRIS:

GT'ed:
"Maintenance of this live broadcast is scheduled for January. The hessian refueling needs to be done, the solar panel racks need to be redone, the panels themselves cleaned, and it is planned to step up to the socket (= nest) at times to clean the lens of the lens (the objective of the camera?) and arrange the microphone."
the lens is in the translation twice. i inserted the probable meaning in the parenthesis. i have no idea what "the hessian" might be but i guess it's the methanol tank.

it's getting dark. the wind is still hard.
the weather forecast promises rain for the night with brisk winds. the weather should clear up, however, before dawn and sunny weather is expected for the morning.
for the rest of the day and New Year's day no rain is expected.
it seems that the clouds may go away and give us a chance to see fireworks in the night of the New Year, should someone fire them. 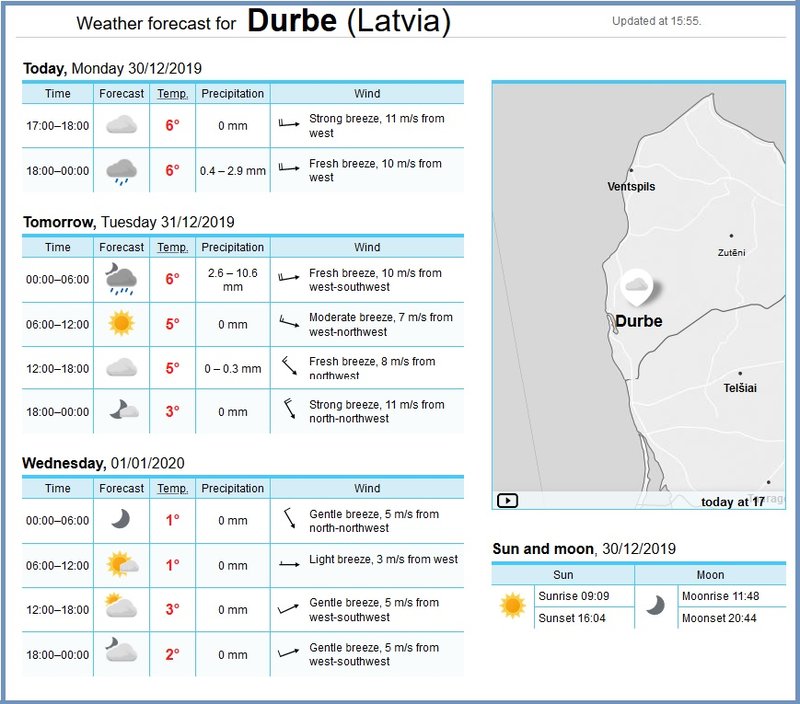 That word is "power plant."
I asked in the chat to translate the text into Russian. Mega2 did it - thanks to her!

When you look at the magnification, it's more interesting, isn't it?

8:57 Raimis flies from right to left and lands in the nest.
EDIT: Raimis came from the left- flew to the right and then in an arc to the left ? I'm not sure the eagles was Raimis? For me Raimis flew in a hurry from the right under the nest tree to the left?

He came in with empty hands 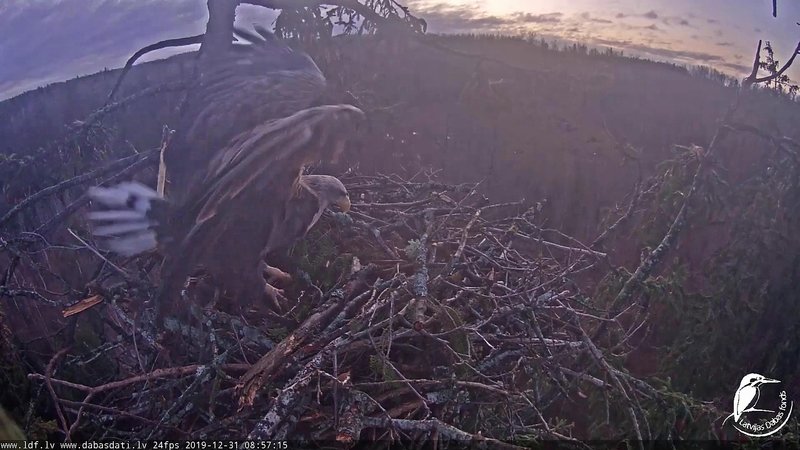 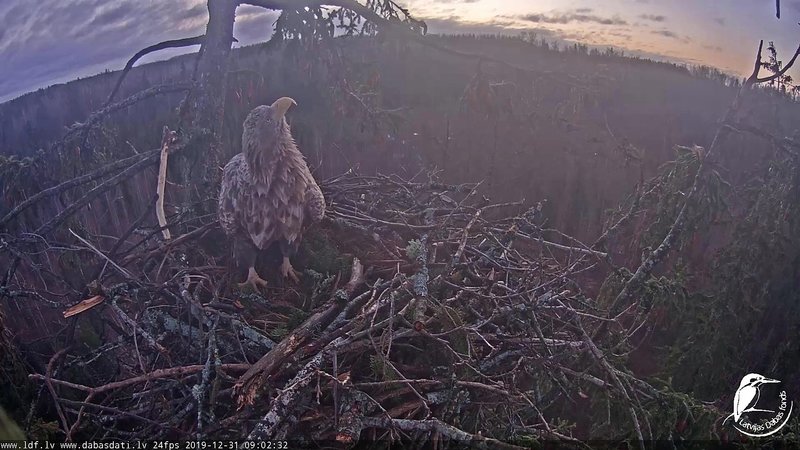 9:34 Arrival of Milda. Her claws were empty too 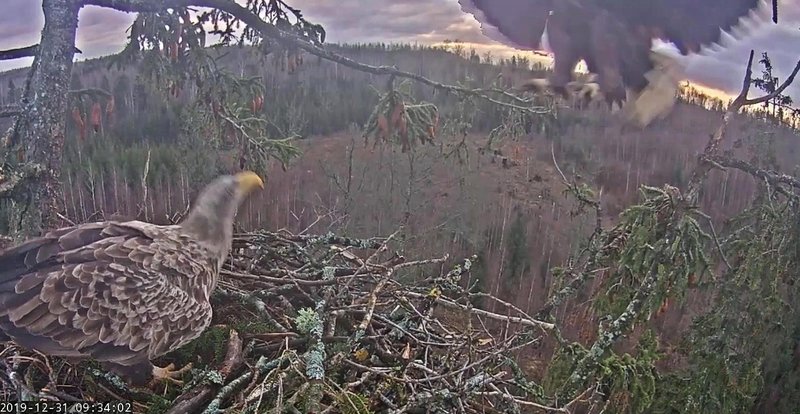 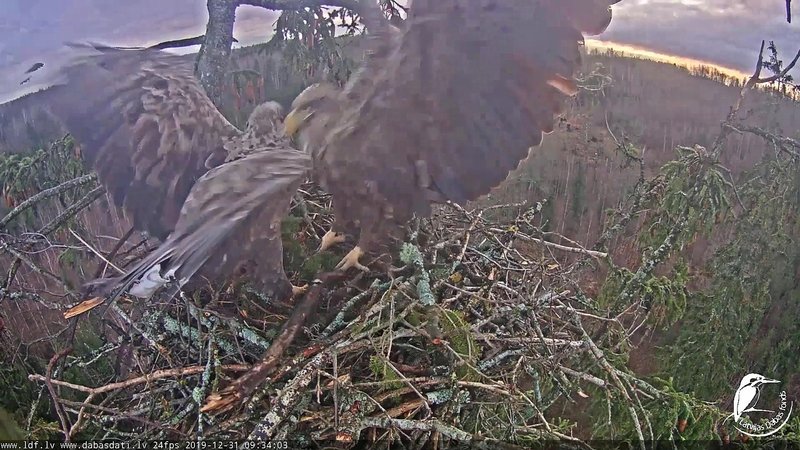 Thanks to those who made the LK available again. 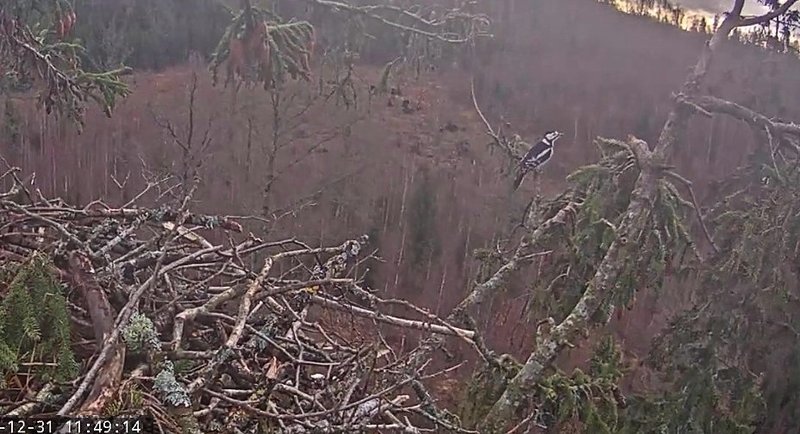 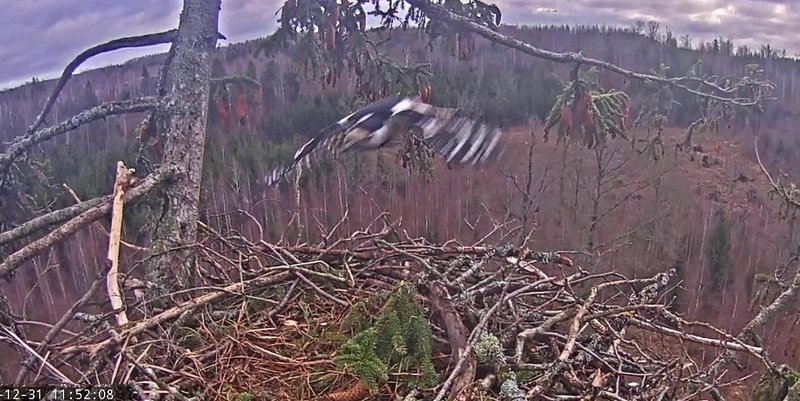 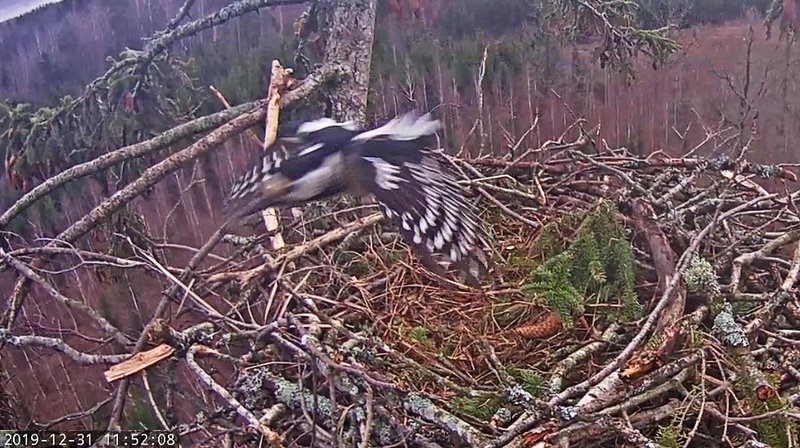 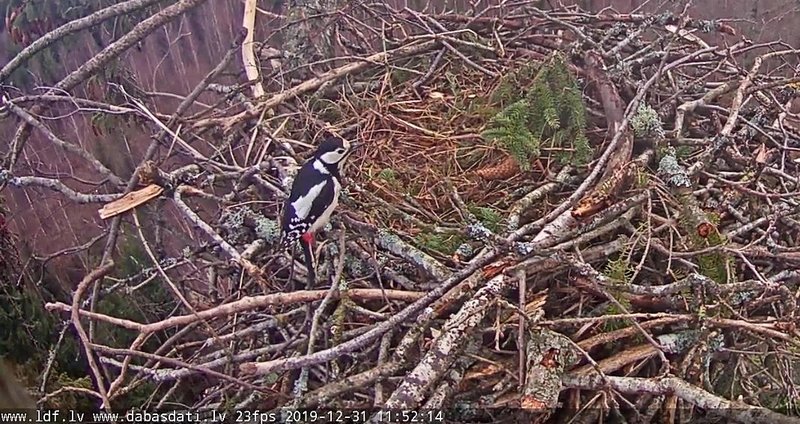 10:52:18 a crosbill landed near the kingfisher logo
He flew to the right between the green branches

The woodpecker flew off 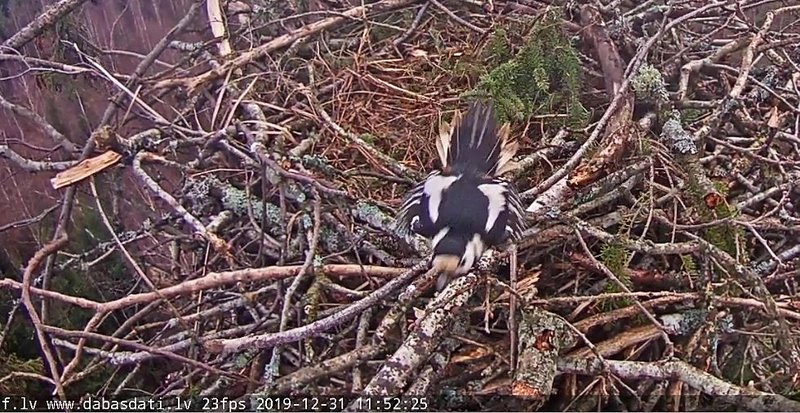 good heavens that was a long time off!

thank you for the reports Liz!

while i was waiting i made some pictures and videos from this morning, too.
8:56 an eagle flew high in the sky from the direction of the Fish Market to the right.

8:57 the eagle with white tail flew by the nest tree from right to left. 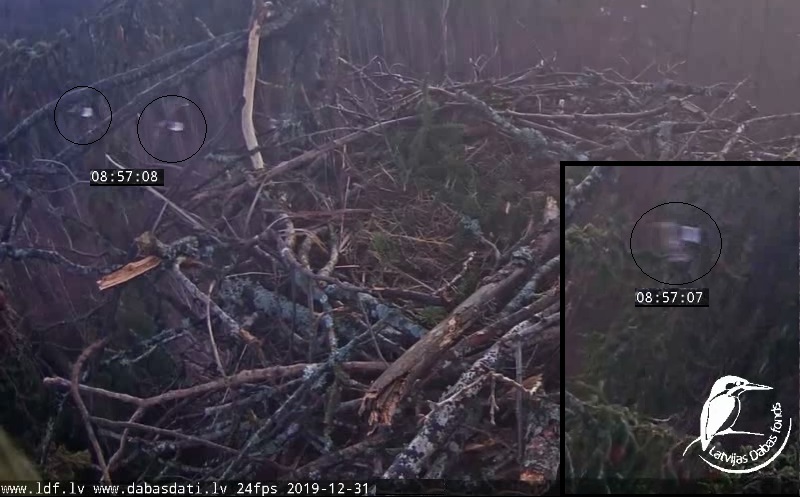 8:57 a few seconds later Raimis landed on the nest. he didn't seem to bring anything. 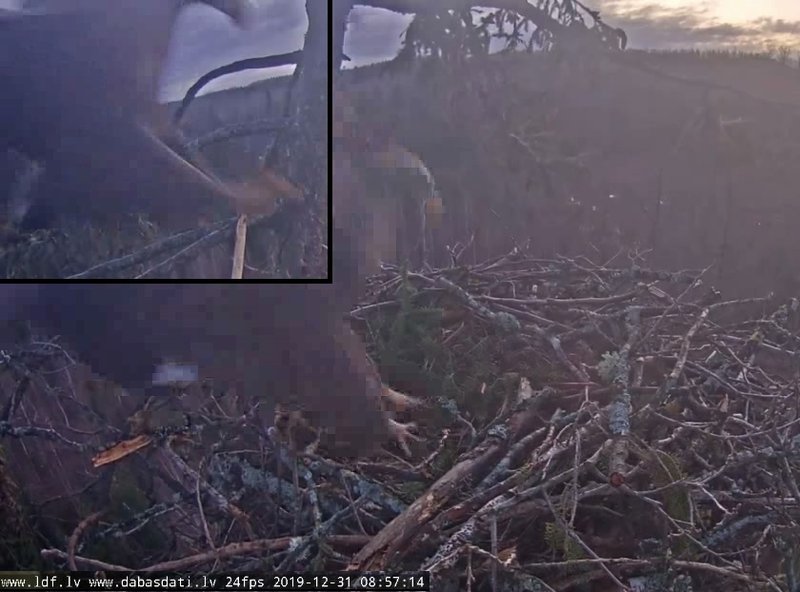 he worked a little and listened to ravens who called in the forest.

9.32 Raimis went to the top branch.
9:33 he turned around.
9:34 he came back down to the nest. then Milda flew in. she didn't seem to bring anything.
her empty landing gear were hanging down. 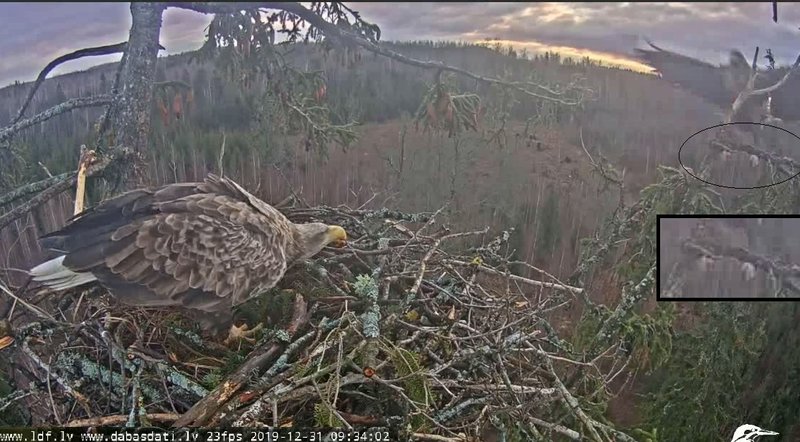 the forum is still not too agile.