I have another Hirvecam update

Since I already added August who only visited 4 times, I also decided to add all the other stags who visited at least 4 times (Dexter, Ervin, Jesper, Leo, Paul, and Walter), and the calf Patrick and his mother Helena, who I wanted to add in January already but then they stopped visiting

I added them with today's date, to make them easier to find, but eventually I will change the date of everyone's post to the day they last visited: https://hirvecam.blogspot.com/

I also want to share some of the statistic I gathered this season. Based on my observations at least 48 stags visited the feeding place (36 older stags and at least 12 with stick antlers), also I think at least 20 hinds visited and at least 15 calves, but it's more difficult to tell them apart

The main herd was 25 stags at the end of the season, and 17 of them had lost their antlers. Two other stags also appeared without antlers on the last two nights.

In total the camera worked for 122 nights, and Sigmund visited the feeding place most often, 120 times. He was only missing on two nights when most of the main stags also didn't show up. Timothy visited 119 times, he was also missing on the same two nights and one other.

Here is a list of the top 30 deer who visited most often:

I wrote down the names in order of appearance every night, and out of everyone Timothy was the first to arrive most often, 32 times. Here's the top 10 who arrived first:

So the winners are Sigmund and Timothy! 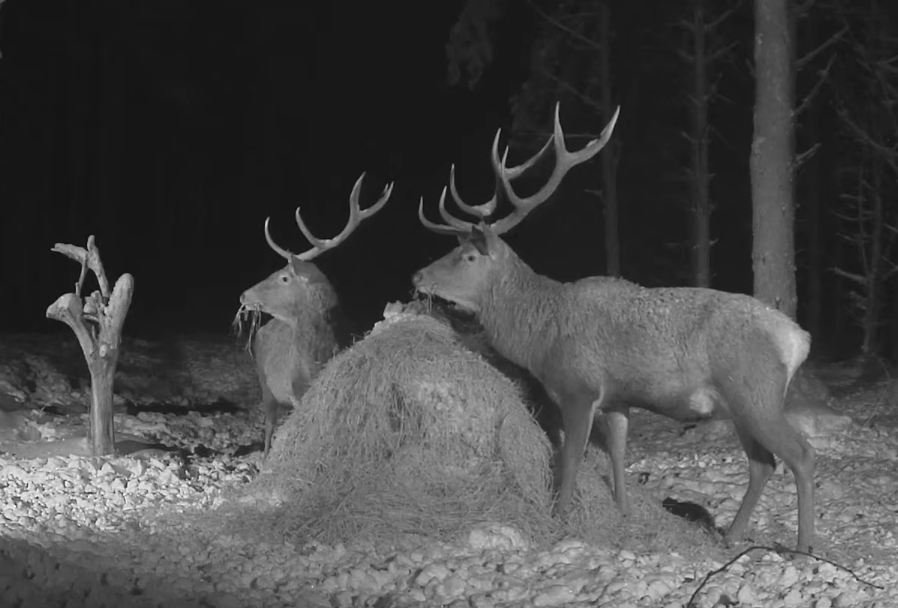 , thank you very much

21:10 A raccoon dog arrived and took a big piece of food 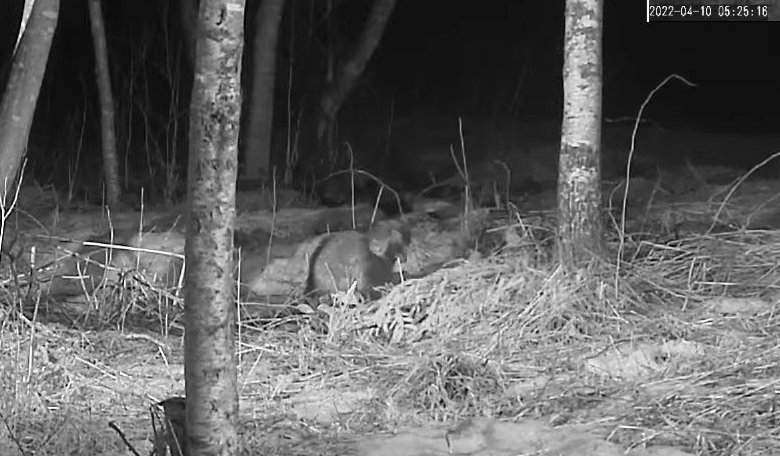 Good morning
04:36 two Raccoons try to get something to eat

IceAge, Biker, Hellem.
rongike thank you for your good work

Rongike, this is great and very interesting. Thank you very much
for your work