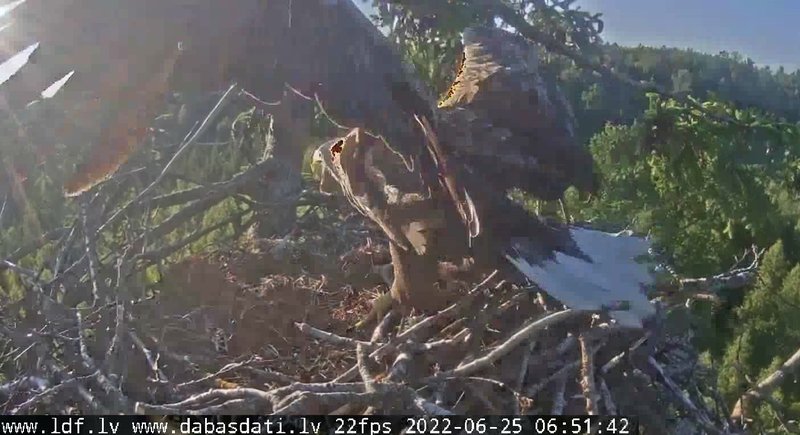 then he looked around... and dug the nest. 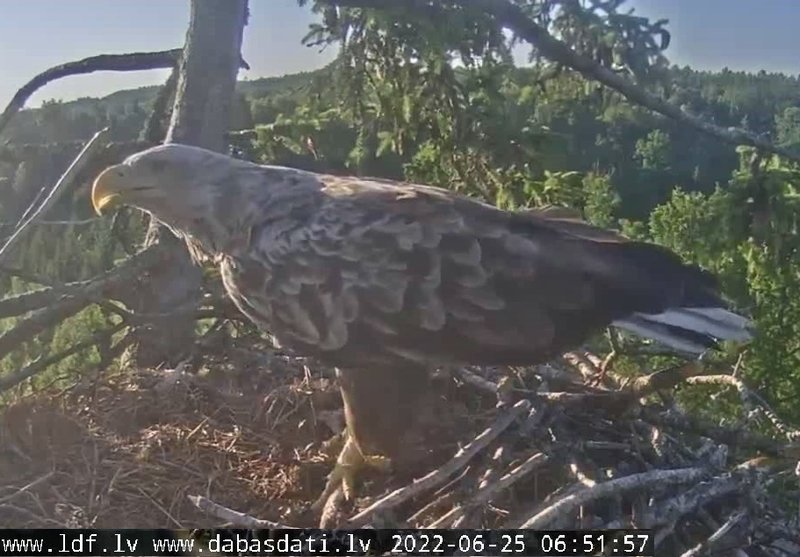 then Milda called kaa-kaa-ka nearby. Voldis called more.
then he just stood and looked around...
he was kind enough to show his both profiles. 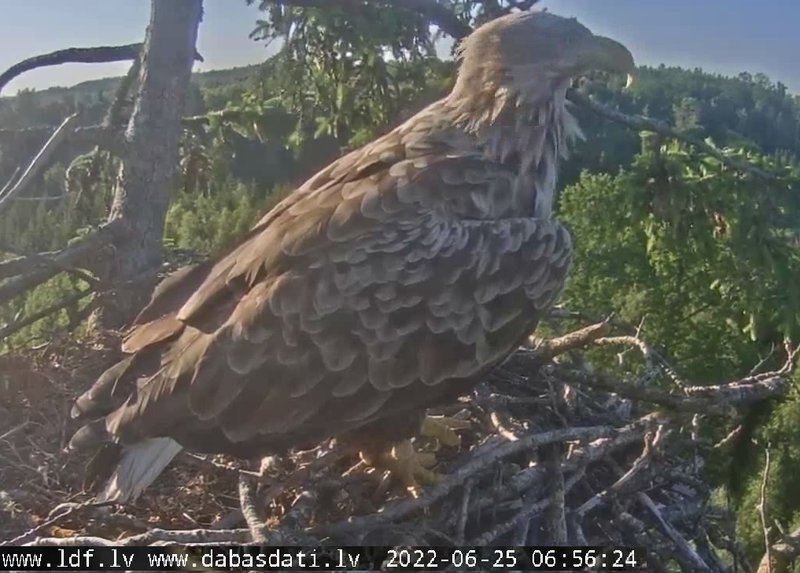 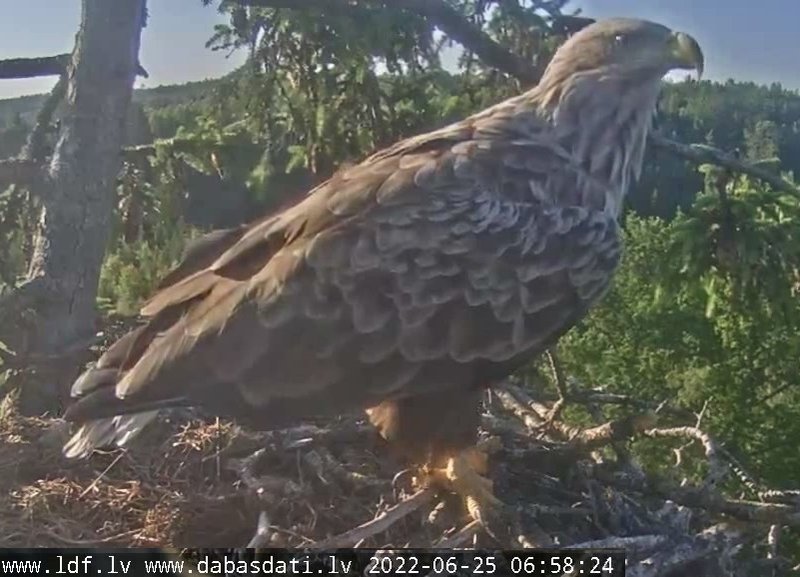 the arrival and stay. 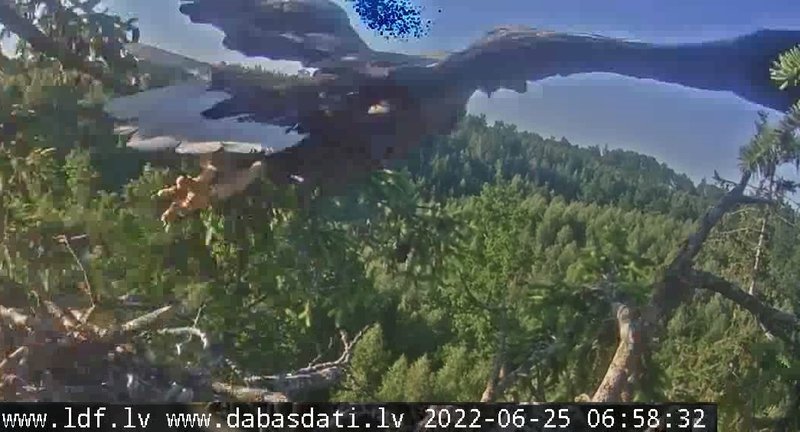 then both called nearby. they had a long talk.

that was all this morning.

edit: a wasp flew over the nest. this was not the only time. they live somewhere near.


later in the afternoon i saw two dragonflies but i can't remember when.

13:51 a little bird with dark grey back and red on the tail.
a male redstart (Phoenicurus phoenicurus)?
he should have a light stripe over the forehead but it's not visible here. 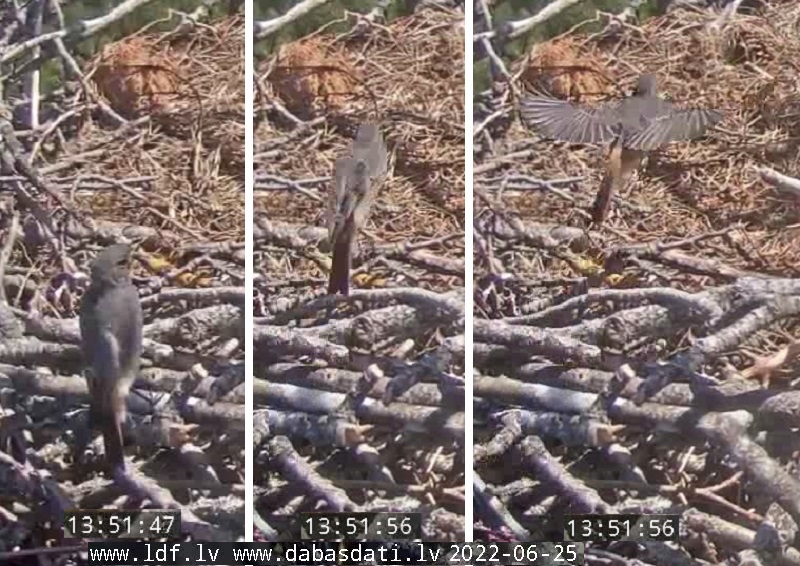 the whole underside was red. 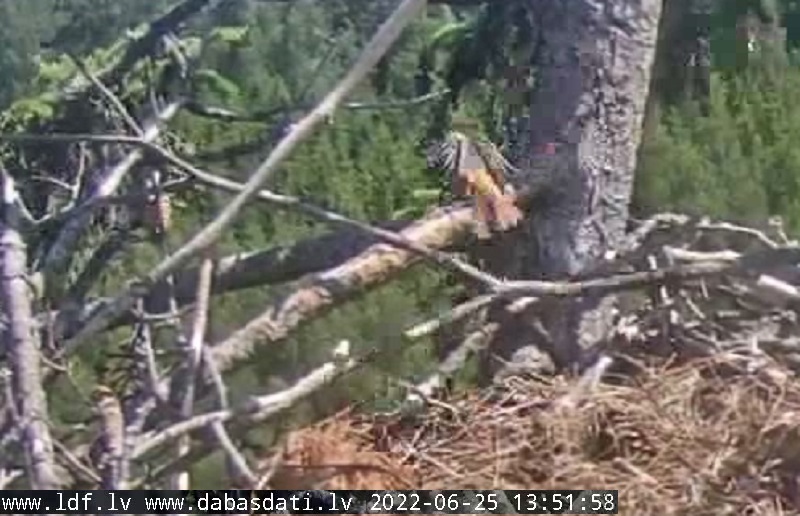 he was shaking his tail a little like redstarts do.

13:55 a little bird on the back of the nest. i think it was the redstart again.

14:02 again the same little bird, the redstart. this time the shaking of the tail was very typical of the redstart.

there has been a lot of engine noise from the racing track. those who are sober enough have been practising there.

tree frogs were singing like crazy in the evening and night.
23:37 a deer barked.

after 2 am some voices talked over the loudspeakers.
they didn't play music tonight. there was something but not loud.
there were people at the racing track. still!

this kind of noise always makes me wonder how many people there are. not necessarily very many. with loudspeakers they sound like a crowd.

there were also a lot of micro-breaks in the stream till 3:25 when the stream stabilized like by magic.
Top

5:46 a little bird flew to the lower right branch and sang a verse: a chiffchaff.

then the bird flew to the branch left of the poop branch and sang more. then he flew away.

7:44 a young great spotted woodpecker came to the back of the nest. the whole top of the head is red. 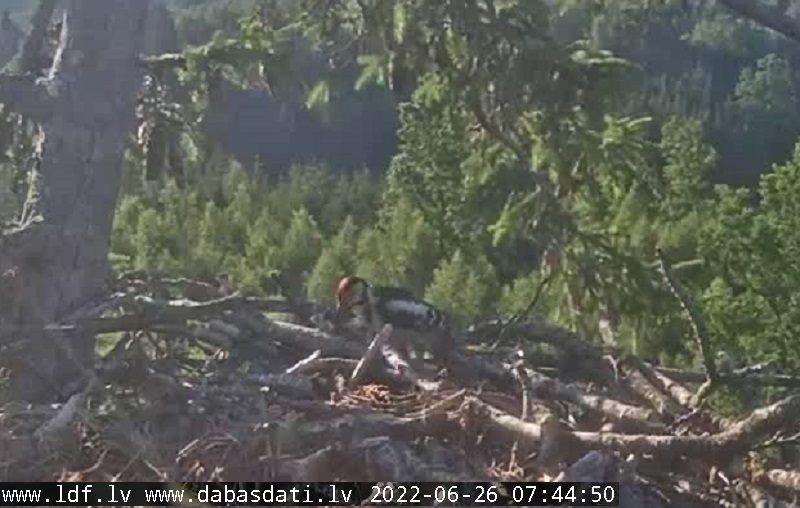 7:47 the woodpecker came to inspect the camera. 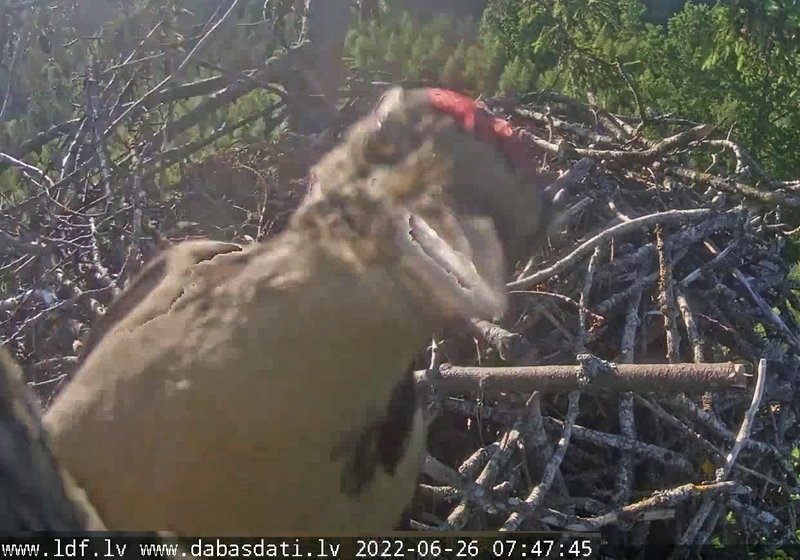 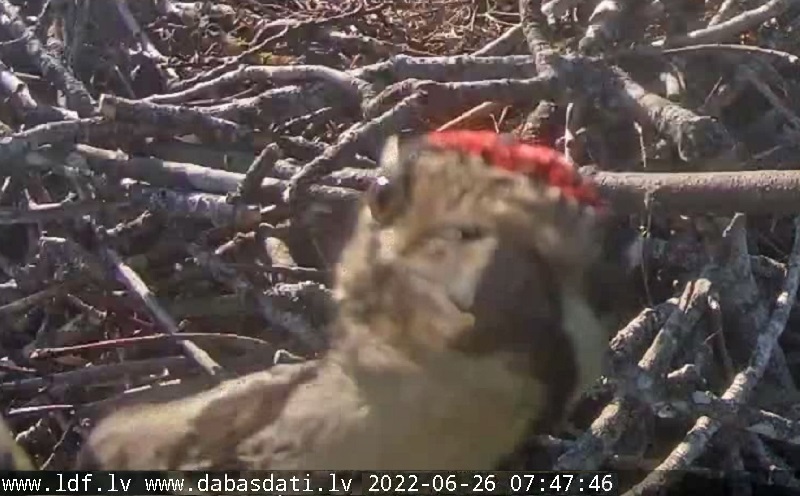 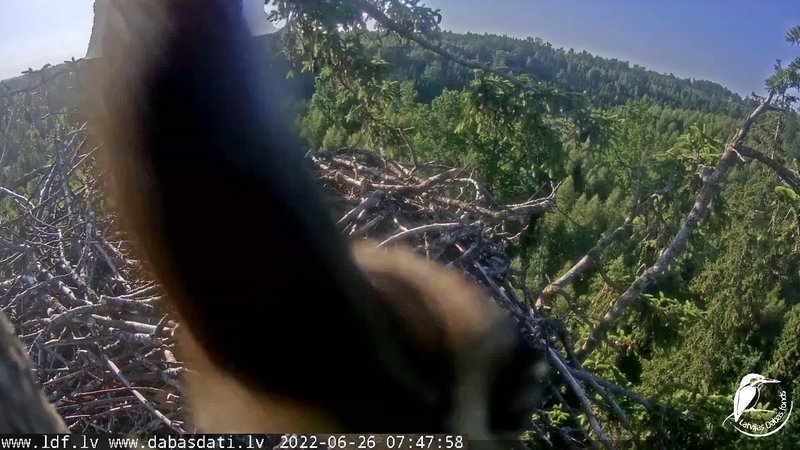 "knocking didn't work. how does this open?" 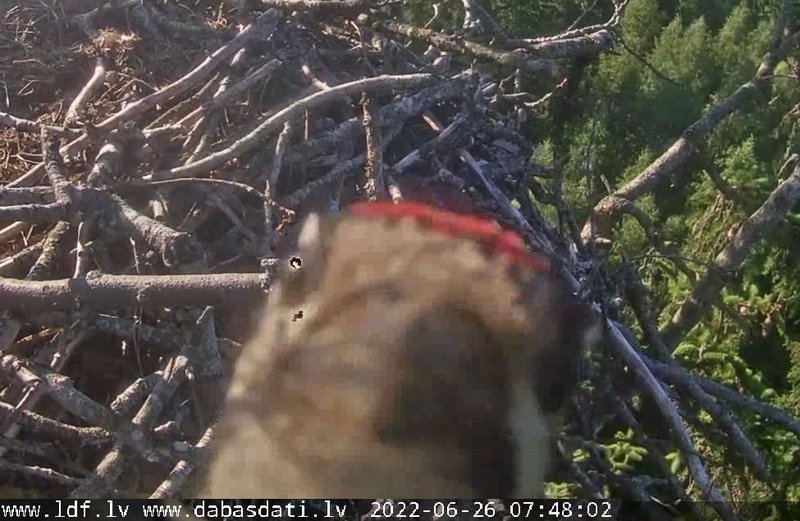 the first visit of the young great spotted woodpecker.

7:51 the woodpecker came back to the nest..
and down to lower right branches. she is working hard. she has to learn to earn her own living.

voices of more than one blue tit.

no-one has noticed anything special.

22:46:49 a woodcock flew by visibly in the top right corner and called.

the woodcock was visible in 6 frames and two of them contained 2 images of it. 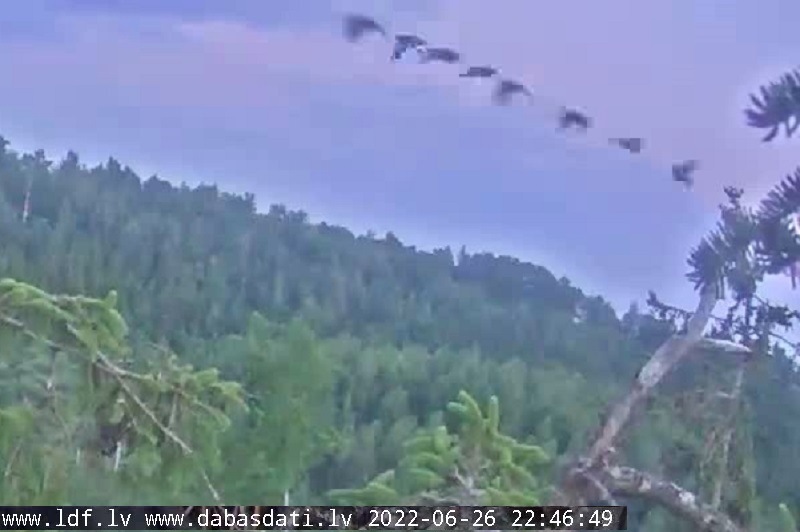 Jupiter was visible in the eastern sky after 2 am.

the Moon rose about an hour later in NE.
Top

he sang till 4:52 and continued elsewhere.
Top

he went down to the right side and began singing near the microphone.

then he went to the right branch and sang some more.
6:27:40 he flew away to the spruces on the right and continued there.
after the song thrush flew away there was a voice which sounded like pygmy owl's whistles.

no-one else but the song thrush has been here.
Top
Post Reply
6247 posts