Think the name for server could be what ever characters combination, but for this one has chosen pontu.
Top

visitor wrote:Not sure why Urmas has chosen this name... :puzzled laugh: ...

As much as I know, Pontu is a dog name.
Sometimes it is used to describe a big and friendly dog, maybe not the most beautiful, but nice and plausible.

When I went to school (it was a LONG time ago!

Pontu just sounds like a real word with a meaning and not just a random combination of letters... i think there was a dog called Pontus in the Finnish version of Donald Duck.

it was not the usual dog though, it was Pulivari in Finnish... i don't don't what he is called internationally. this is Pulivari:

...no: the Pontus i was thinking about was Mr. P.J. McBrine alias Pontus Jacobert Petkunterä:

well, now,... i have a one more and a serious question: is the camera turning on and off determined by program settings or is there a light sensor which at a certain lighting level turns the camera on and off? this is important as i always thought (so far) that there's a light sensor controlling the camera.

my assumption is based on the fact that on sunny mornings the camera began working earlier than on cloudy mornings, as well as if the evening was sunny and clear the camera stayed on longer than on cloudy evening, despite of the changing day length. i need this information for my little study on the breeding behaviour of the eagles... and if there indeed is a light sensor, what is the lighting level on which it is tun ed to (in luxes or some other units)?
Top

Ame, you are right with Pontu - that servers free HDD room seemed hudge in time it was installed...

With WtE nest cam system there is integrated a light sensor switch, (like with seal cam). That switches electricity consumers off for dark time. We can't say about exact amount of luxes, by what it switches, because it is easy optical eye with elementary electronics. No luxmeter is included and we did not measure on place with portal luxmeter the light intensity - in system installing time we made the switching regulation by eye in forest. Probably there playes a role a snow also, if it is on ground or not and the leaves on trees, etc. The optical sensor is near the batteries, not near the camera. The lighting conditions in these places are certainly different, but darkening should appear in nearly same time, equally.
Top

that very good to know that there is a light sensor switching the Pontu-cam. i've taken that as a signal of the beginning and ending of day-time in my little 'research'. i compared it with the data of Sunset and Sunrise and the ending and beginning of twilight in both ends, and the camera switching seems to take place between those two. - it was a bit funny though that on sunny mornings the Sun was clearly shining on the forest and at the nest before the 'official' Sunrise!

but the live camera has worked in the darkness in the summer time. how is that possible then? does the live-cam have a life of its own?
Top

have more people suffer with mozilla firefox the adobe flash player still crashes?
since a new update of adobe a few days ago, this happens regularly.

( For example, when I go back to a previous page. )
The crash reports flying out of the door here.

Besides, with Google Chrome I have no sound with many webcams.
With Internet explorer I can not work on our website (Microsoft regulates everything)

my husband says, maybe it's my video card / notebook.
that is too hot from watching so many webcams simultaneously.
will be that the problem?

Fleur -- I do not know how recently your problems began (I have not had an update for a few days now), but I do know that mozilla made many "external things" more external -- this means that when adobe crashes our whole system does not crash, but whatever it is that they did takes up lots of room and makes those external things crash a LOT. I think they know this is causing problems, but I do not know if they plan to fix it.

(EDIT-- I had a typo that made my comment make NO sense.)

I do not know the proper words

I have scripts that aren't working all the time. I always stop them and sometimes that creates a problem.

Adobe flash crashes often. (but I don't make videos so it is less problem for me)

I was told that I could over write the new mozilla solution, but I am too scared, so I think I will have problems until I have a bigger computer.
Top

I think I should turn off the PC here, is a little bit hot now, or ....a few pages close.

Now I think about it, I think sometimes I'm open to many webcams at the same time etc, and also download of the webcam images.
so I must learn to choose or take turns to look.

I'm hearing now, that up-date was a few weeks ago already
Top

oh wow Fleur: your pc is running hot! how many webcams do you have open at the same time??

mine is nice and warm for my fingers at this cold time of the year...

seriously: i know nothing about adobe or mozilla problems i'm afraid... my problems are caused by the limited data transmission rate that i have. at least i think they are because of that. every time i start uploading a video into Y-tube the camera (or cameras) i'm watching at the same time begin to freeze and quite often the camera simply stops. on hte other hand, if the uploading stops before the camera crashes (actually the VLC-player that i'm using) then then camera begins playing normally.

i hope that you'll get your problems fixed, Fleur! :peek:
Top

I do not think I can solve the problems.
However, to make choices, and not many webcams simultaneously watching and start saving for a new laptop, which has more capabilities.
sometimes looks like more than three at once, and even surf the web.
I also download the images.
Was also trying to VLC, so it was all a bit much.

i have a question regarding the Saunja server or the Pontu pictures. i haven't been able to open any Pontu pictures yesterday and today. is the server down, or is it suffering from the same internet problems that the Siga kaamera had?

or even worse: are the Pontu pictures removed from the server?

Ame, I am trying to find the answer to your question. Will let you know as soon as I learn anything.
Top

ame wrote:i have a question regarding the Saunja server or the Pontu pictures. i haven't been able to open any Pontu pictures yesterday and today. is the server down, or is it suffering from the same internet problems that the Siga kaamera had?

or even worse: are the Pontu pictures removed from the server?

Ame, the only reply i have had is one of those "Sorry, but I don't know" replies.
Top

ok, thank you, Jo, for trying.

the Saunja server is still down, but hopefully the Pontu pictures will return soon. 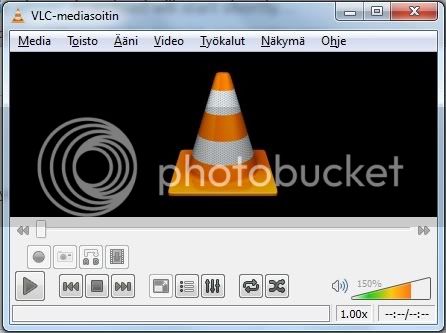