Who was it ?
Do you recognaize, do you think that it was Spilve ?

Unfortunately I do not know
Top

I'd like so much to see her here breeding her chick/-s,
to see her as happy mum, finally & fully from a to z, for the first time

And for a moment, some days ago, it seemed that it is going to happen ...

That was the new male Grīslis 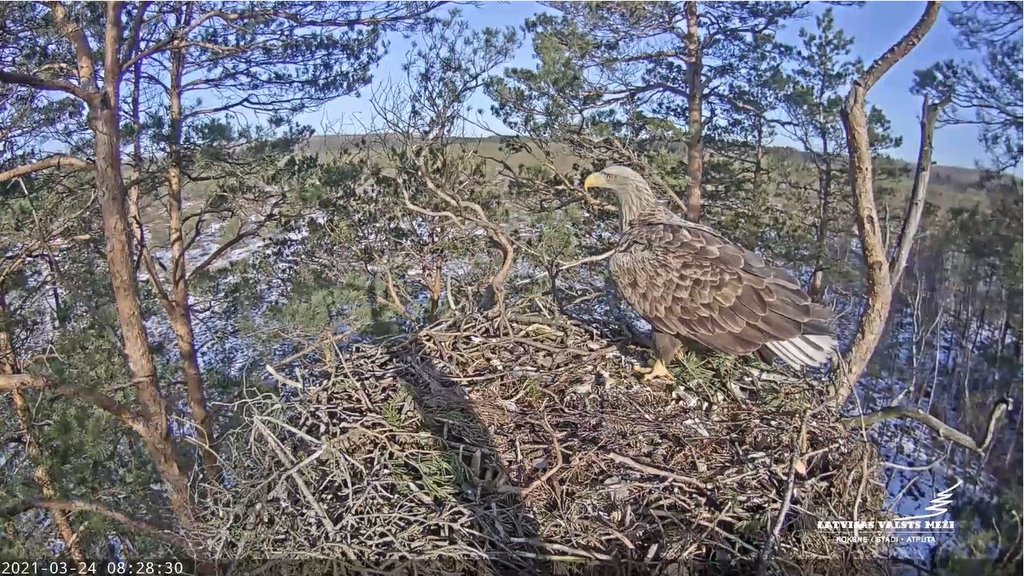 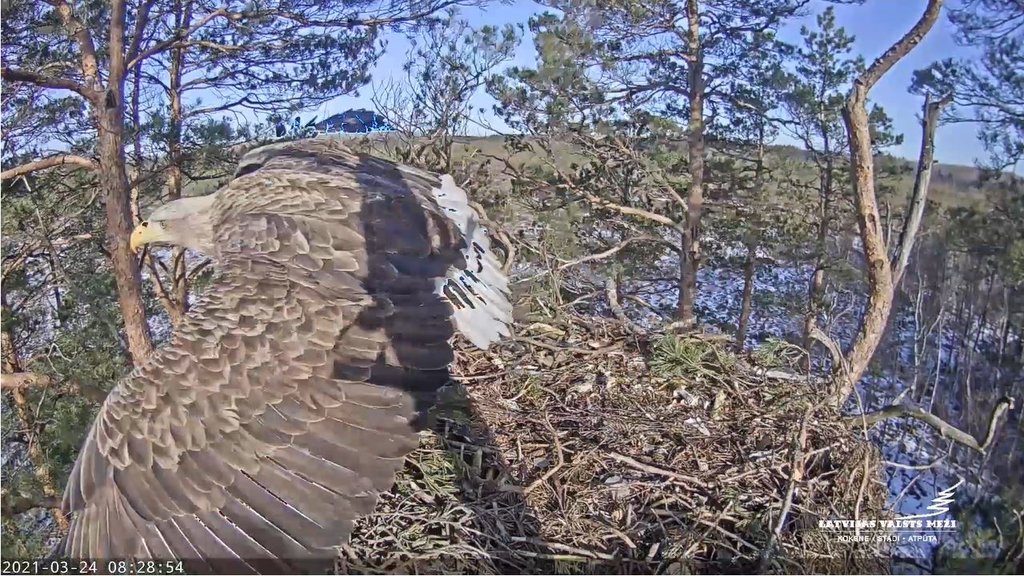 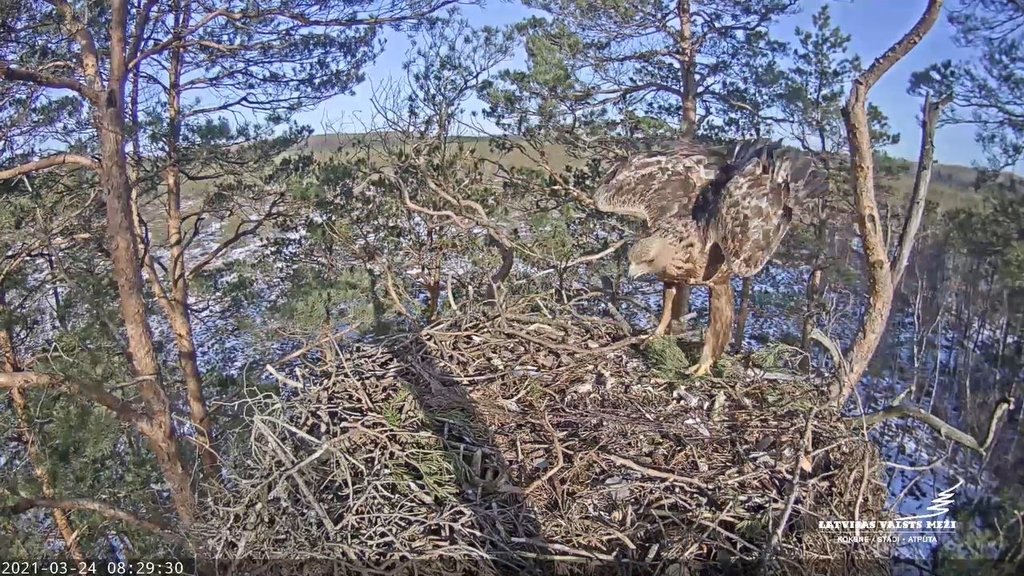 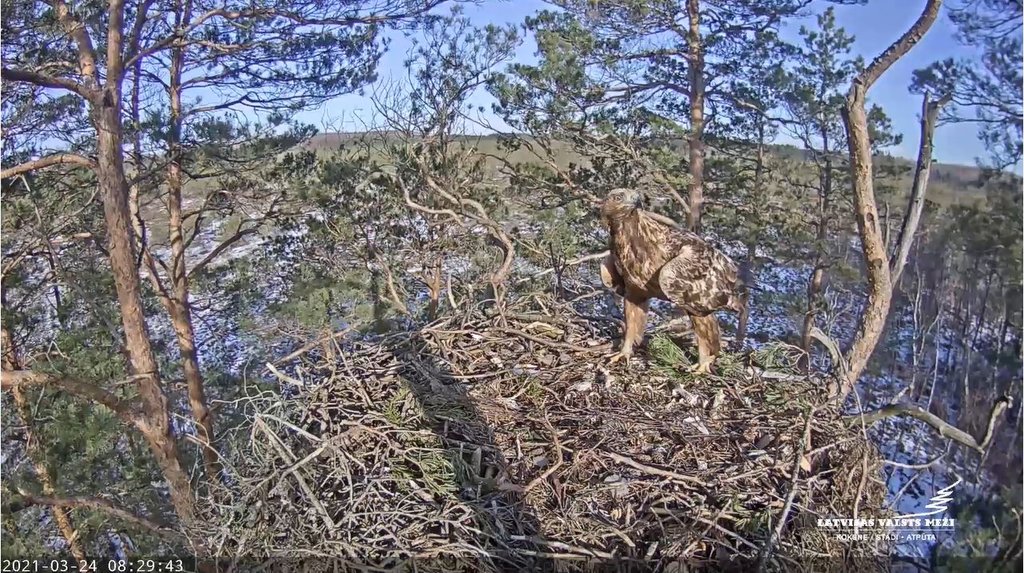 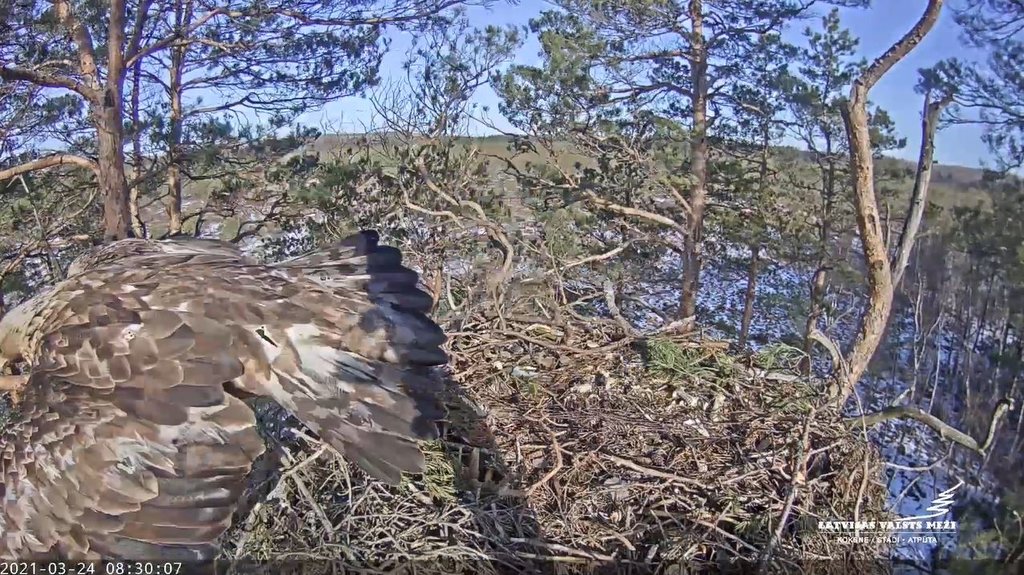 Uģis Bergmanis
There is a struggle for territory. The young golden eagle male (hopefully Grislis) becomes territorial and attached to the nest 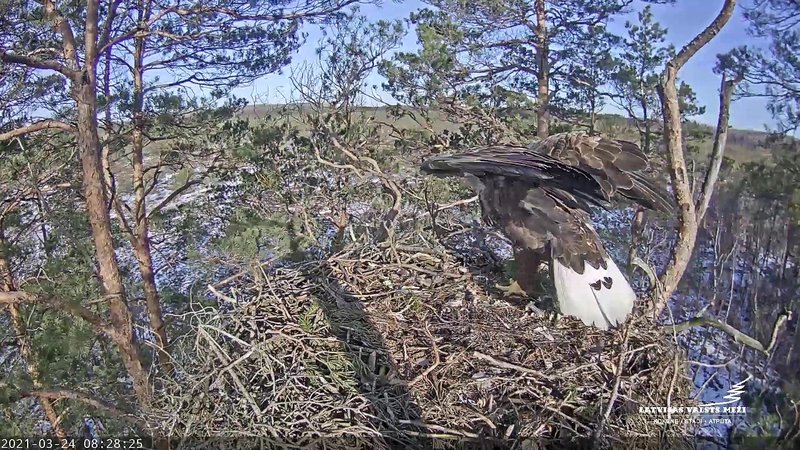 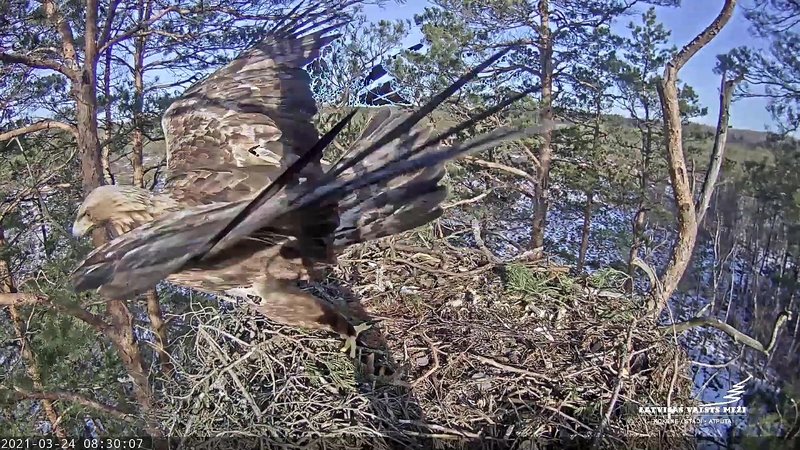 the voice of the golden eagle sounds very young

Normal speed and speed 0.3 so that you can see the tail markings of the white tailed eagle.

11:37 Spilve brings a green twig. Then she jumped on the right branch. A very short visit
her tail feathers 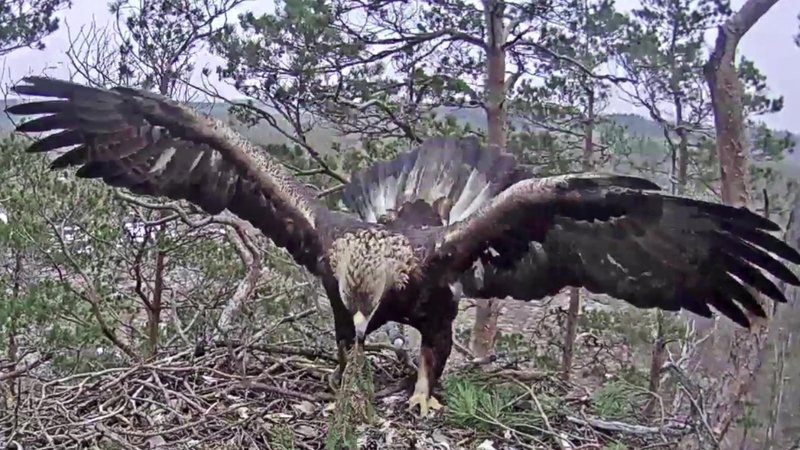 She is a handsome bird!

If she still brings greenery here, does that likely mean she has not laid elsewhere? Or do they still tend to alternate nests in their territory as a kind of "marker"?
Top

Got a newsletter from www.kungsorn.se:
(short translation)
"On July 29 a fisherman took shelter from a rain shower under a big tree near Malung, western Sweden, and found a Latvian eagle ring blank/blue 450A.
A week later the right wing was found supposedly lying there for half a year. The bird was ringed as an eaglet in northeastern Latvia June 13 2012.
The ring was found in a known eagle territory and probably a partner for some years, and if so the female that breeded succesfully in 2019."

2012 there were 9 known territories in Latvia, 6 pairs, 2 breedings and 1 flegded eaglet that got this ring from www.eagle72.se. ......and now found dead in Sweden

Sick, injured?
Sweden is actually heavenly when it comes to finding food.

What a shame about this young golden eagle.

Not good news but at least one that shows interest! Thanks @sigge
"Let nature be your teacher."
(William Wordsworth)
Top

@Polly: oh, Sweden is far from heaven for Golden Eagles, windfarm conflicts, lead poisining from hunter ammunition, extensive clear cuttings reducing food, illegal hunting... The population could be many times stronger in a healthy ecosystem
But that is another story...
https://www.skogsmissbruket.org/english _______ https://moreofeverything-film.com/
Top

I am in Denmark regularly and watch there with frown lines as green spaces disappear in favor of the agricultural and tourism lobby.