The Willow Tit from this morning 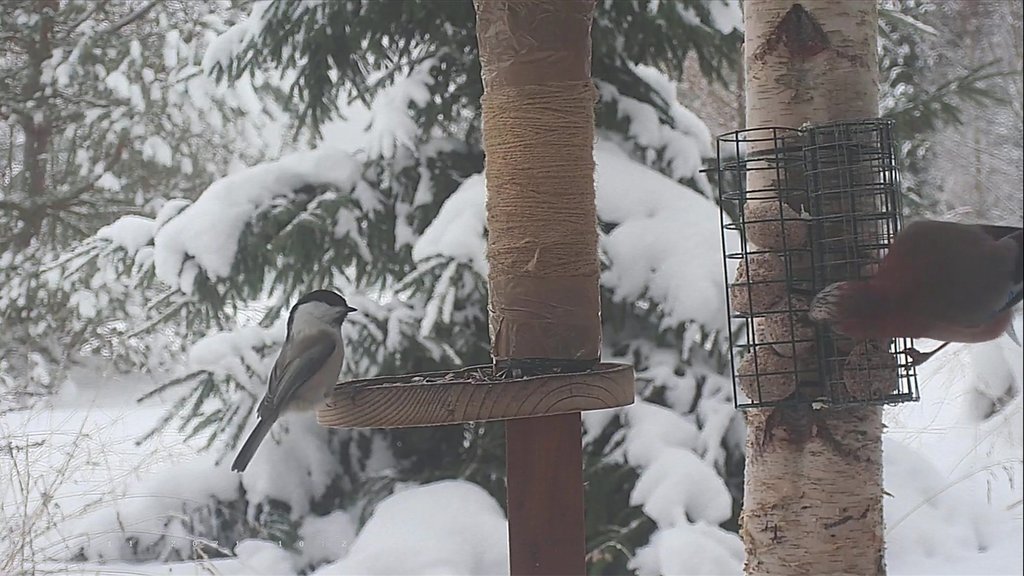 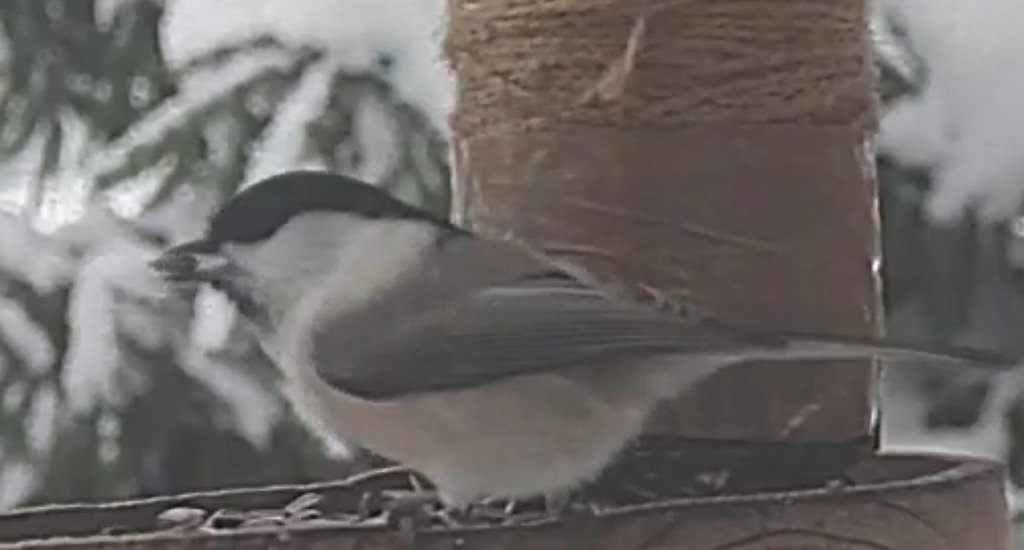 She appears at 15th minute of video. Tits, nuthatch and calls behind the camera

13:50-13:53 Two scenes with jays eating quite lazily, one on the big fat ball, the other on seeds. Between is interlude with small birds and a squeak in the backstage.

14:11-14:18 Small fatballs and one large one are added, but in the next 7 minutes there are only small birds and great spotted woodpeckers (female).

14:2? nice female GSW takes the seed, before her there are blue tit, nuthatch, great tits 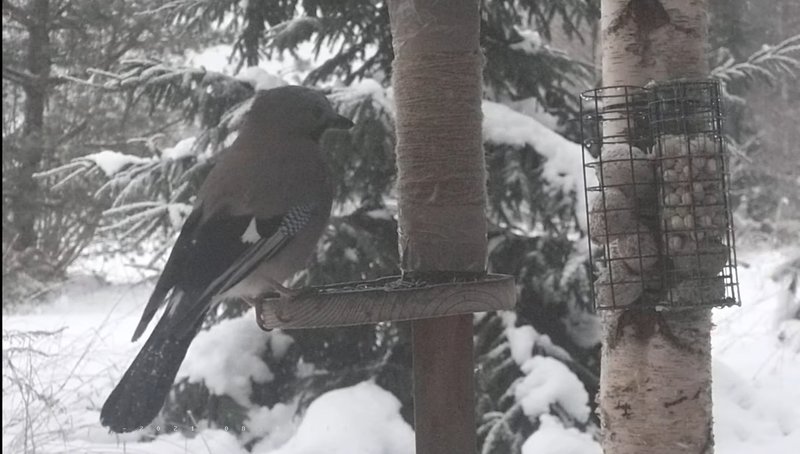 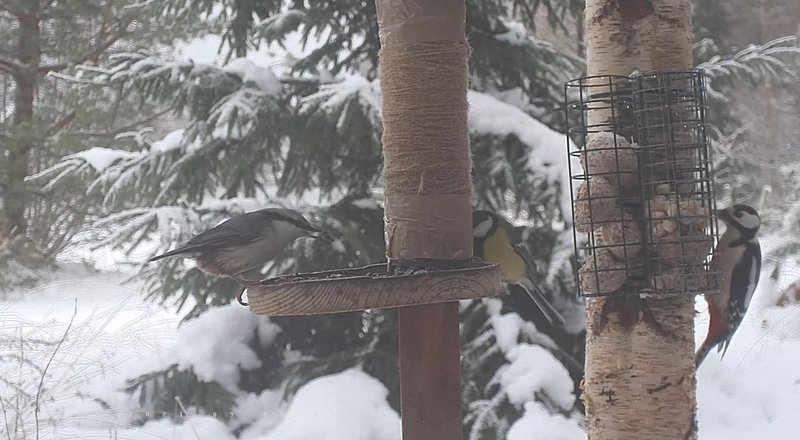 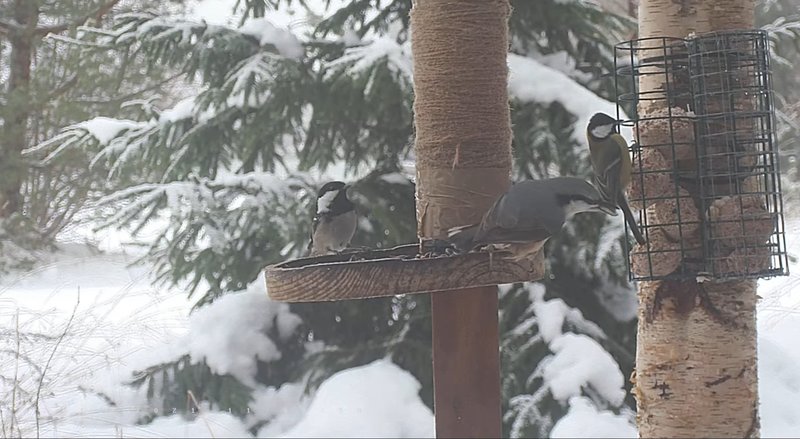 9:02-9:05 the gsw male passes by, returns, chases away the jay and feeds on the small fatballs - the whole one is hard to swallow, the other he cuts on the bowl, another takes away.


When the gsw is angry with the jay, a crest rises for him

10:00-10:01 twice the jay shows that jay`s capacity is 6 small fatballs at a time, no matter how easy or difficult it is to get them... begins with the nuthatch and the great tit.


Jay ir full with 6 small fatballs .. how many acorns he can carry at one time 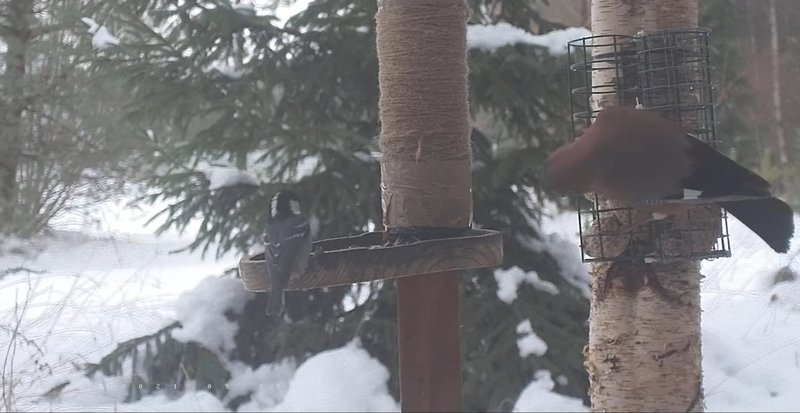 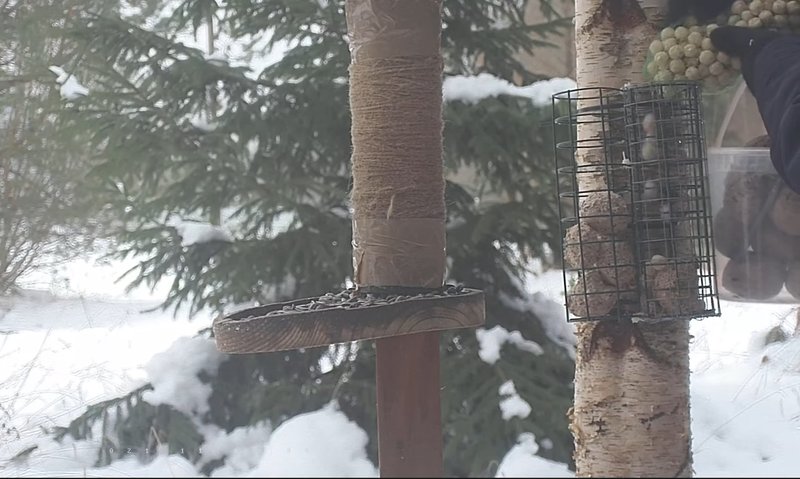 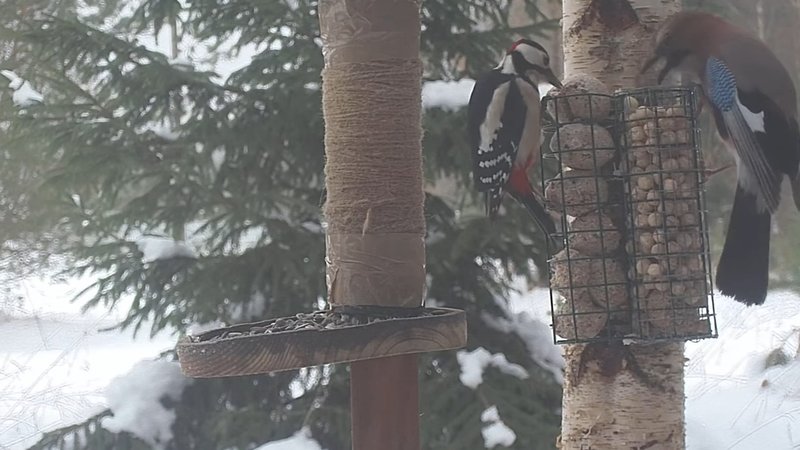 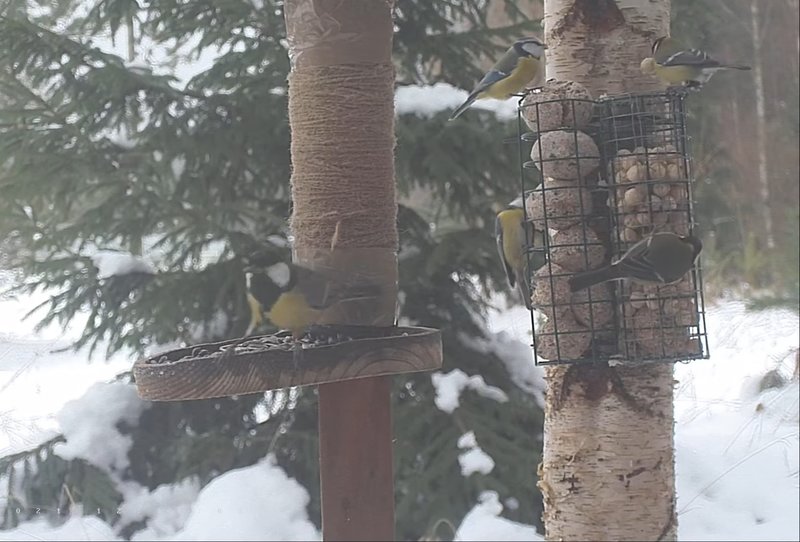 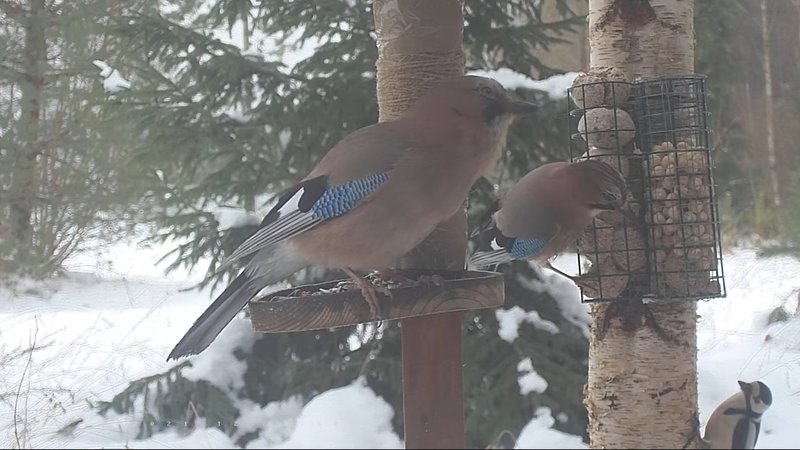 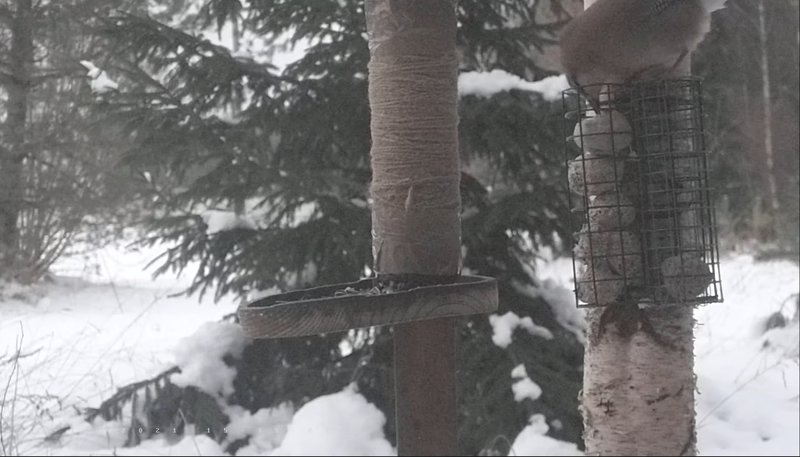 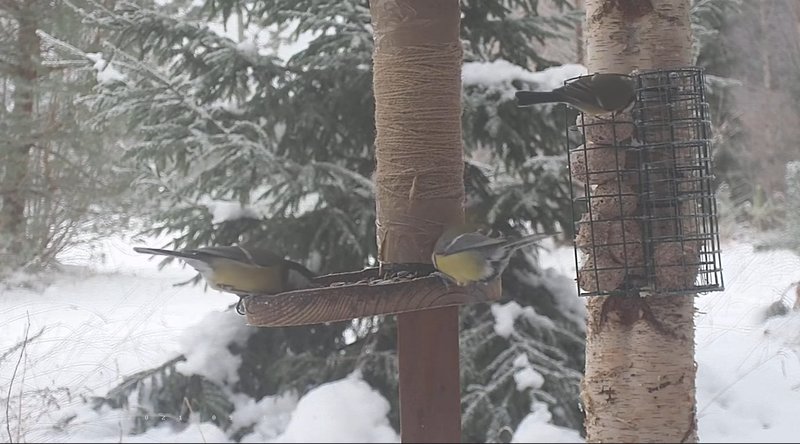 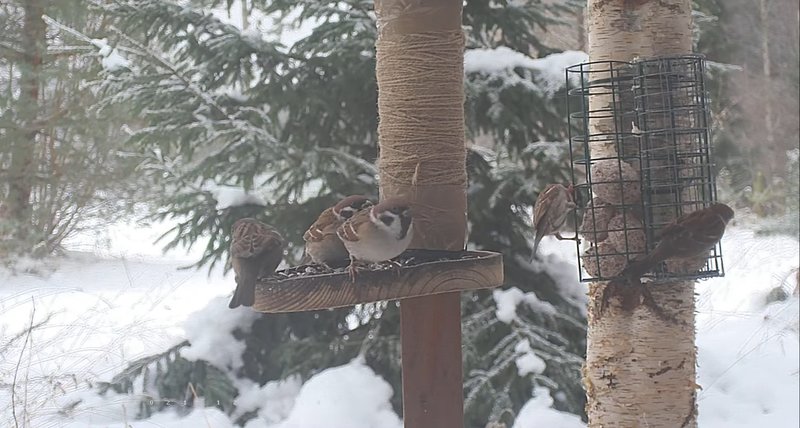 When I compare amount of fatballs ih your pictures, I became eager to find how it was reduced and so I record many videos with bigger birds..

10:07-10:14 nuthatch, 3 minutes of tree sparrows, gsw male, one sparrow eats fat balls with him for a long time, twittering


10:15-10:22 jay, gsw male, nuthatch, in the fifth minute after an empty break gsw male and jay appear, both eat friendly, at the end another gsw drives the jay away


10:19-10:20 basic picture shows the gsw meeting the jay, nuthatch was there before that moment (gsw was behind the birch then) and coal tit – after it.

The jay with growing tail – not the first day here.


gsw male twice paused: 13:49 with deep abdominal breathing (left two pics) and 13:52 he is shrunken like a ball