I don't feel good.. I will translate it tomorrow !
Top

I don't feel good.. I will translate it tomorrow !

Liz, I am so sorry

Liz01, please feel better!!
No worries, i got the translation!
Take Care!!

Markus is in Africa (Libya). He crossed the Mediterranean Sea in one day! 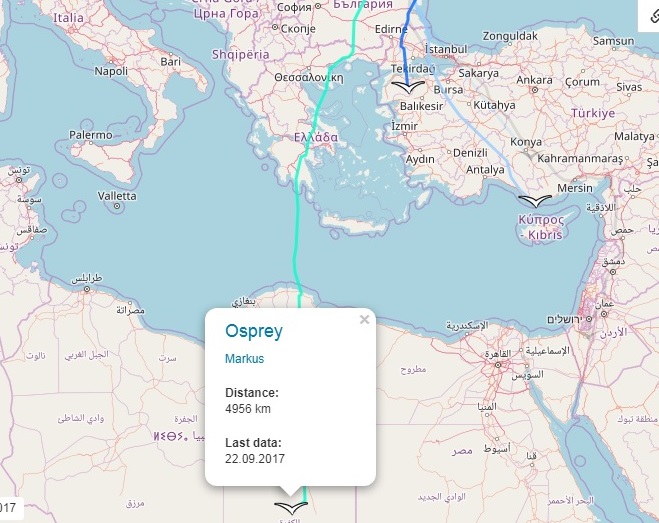 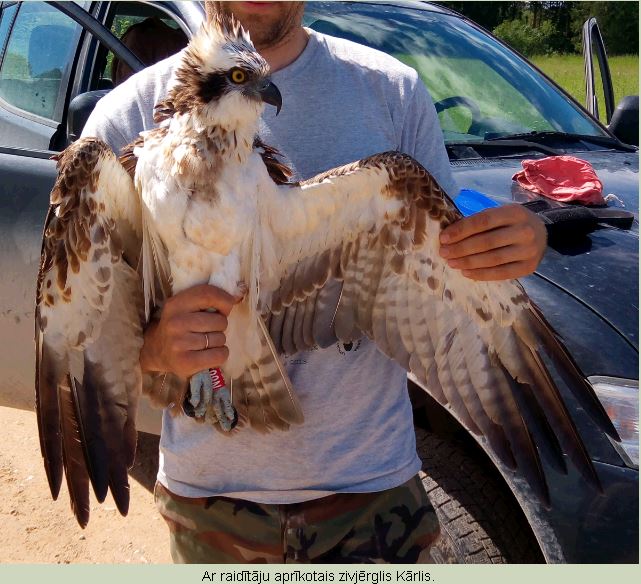 
Thank you for the wishes..

it is better today!

here it is.. perfect translation

September 15 was the day when the Ospret, known as Tuks / Tuka, the last time was seen at a nest camera in Kurzemes. Father Teo brought fish to Tuks on September 13th the last time,then he left the child.
The second in the nest, the young Osprey (Peksis), disappeared from the nest after August 27, while Mother Tina was not seen in the nest since August 13th.

I would like to remind you, that in the Nest season 2017 three small children in Teo and Tina Nest in Kurzeme - were hatched
the already mentioned Tuka and Peksis, as well as the third, youngest baby who was taken out of the nest by a white tailed eagle after 21 days. Obviously, we have just been ridiculed by this Osprey couple to spring.

Unfortunately, we can not track the migratory routes of these Osprey family , but there is an opportunity to follow another Latvian Osprey trip. In the summer of this year, a Osprey, named after Karl, was caught and equipped with a transmitter. This is the fourth bird in Latvia equipped with a GPS / GSM transmitter (total of three males and one female)

Karl was caught as a non breeding male in 2017, on July 19 in the northern part of Latvia, close to Gaujiena near a successful nest.
The nesting mother was caught at this nest.
At Karl it turned out, that he already has rings - Karl was ringed as a child in 2015 at a distance of 32 km.
The purchase of the supplied transmitter was financially supported by AS BAO and the Latvian Fund for Nature.

European ospreys are wintering in tropical Africa. Latvia returns mainly in mid-April to mid-May, travels from mid-September to mid-October (LOB 1999), but the earliest observation in spring was on March 15th (I. Grīnere, in 2015, http://www.putni.lv), the latest autumn observations - November 8 (A.Cellman, G.Graubics, in 1999 and K. Miller in 2013; http://www.putni.lv).

In Latvia, there are 210-230 Osprey nests (LVM 2015). The size of the European Osprey population of the (Zijärgel??) is 8,400-12,300 pairs (BirdLife International 2017), it is concentrated in Scandinavia, Russia, the Baltics, Scotland, Portugal and some Mediterranean islands. Ospreys is found on all continents, except Antarctica (http://www.putni.lv).

Thanks Anda Balode for detailed event details at the online nest cameras and Aigars Kalvans, for the information on the Osprey Karl!

She is in the DD Forum Vērotāja, and by us, Grieta

a very cute couple raven are in the nest

A Buzzard chased the raven away 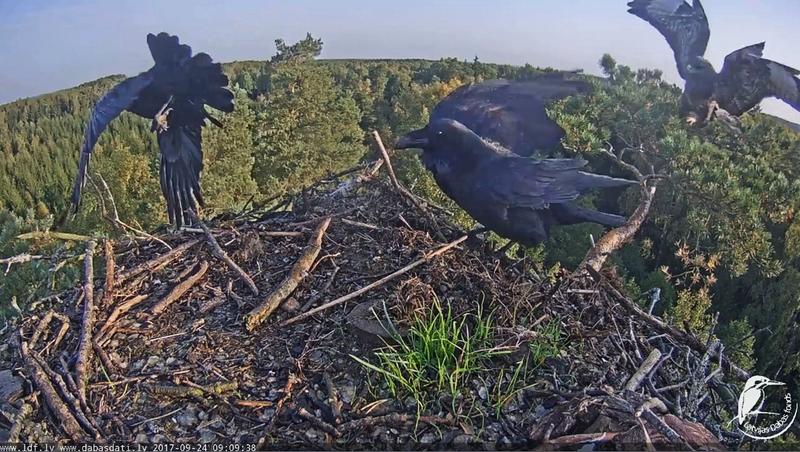 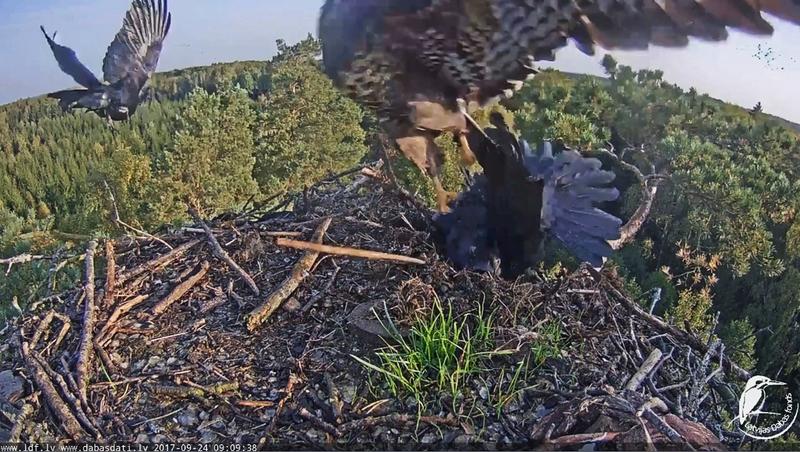 9:00 am. In the crow's nest. Beautiful couple! 9:09. They suddenly and hastily departed. They'd been attacked...One of them immediately returned and landed somewhere close to the webcam. 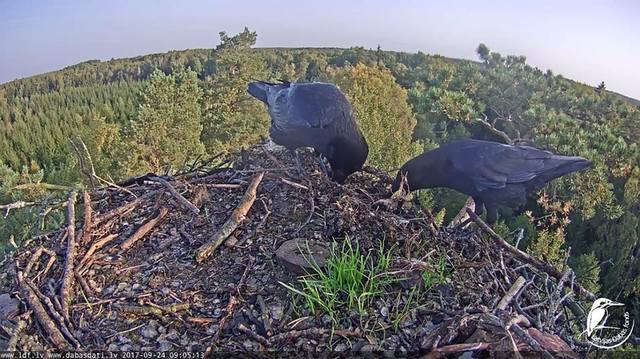 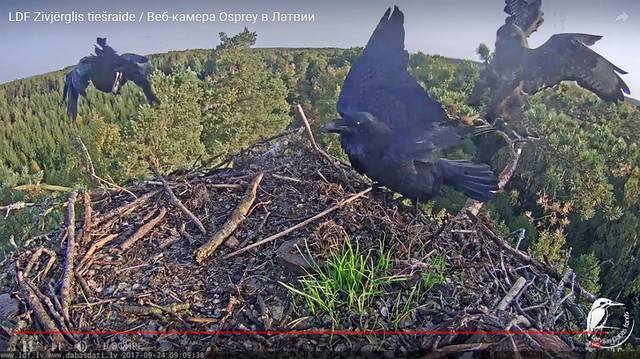 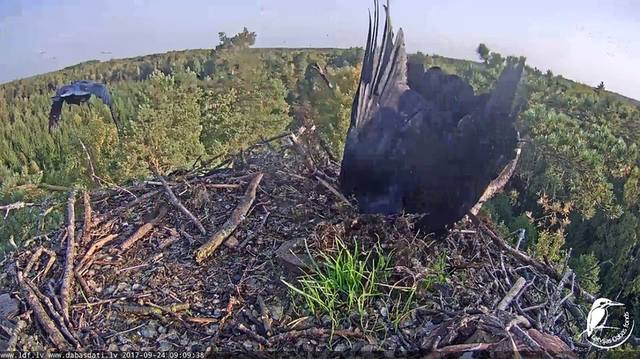 here is the video from the whole visit

Thank You, Liz! At last the buzzard appeared to our eyes. Perhaps he sang several times in September near the nest.

the whole event with the raven in the nest. A couple Raven visit the nest, they kissed, they were very nice to each other...then they demolished the nest and in the end.. the buzzard attacked them

Gavril, I think the buzzard was here also yesterday. I thought it was a young WTE. But it was rather an buzzard
Top

Thank you for the great pictures and videos.

Even empty nests can be very exciting. Does the camera stay on in winter?
Top

Nice event in the morning, thanks for sharing. Looks like the two ravens want to rebuilt Teos and Tinas nest.

But the buzzard don't like that.
The nature needs us not, but we need the nature
Top

About the strange shadow betwenn 13:30 and 14:30: three photos at different times. 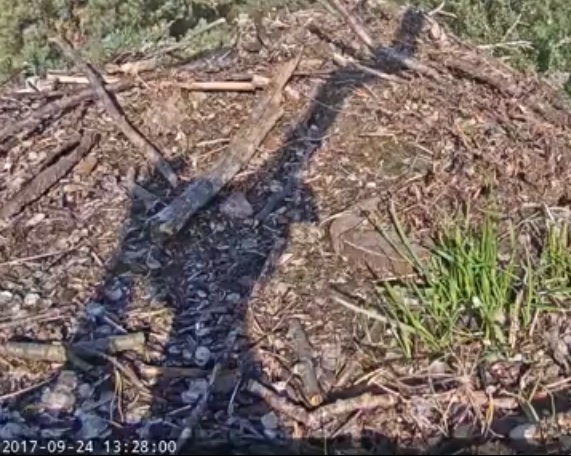 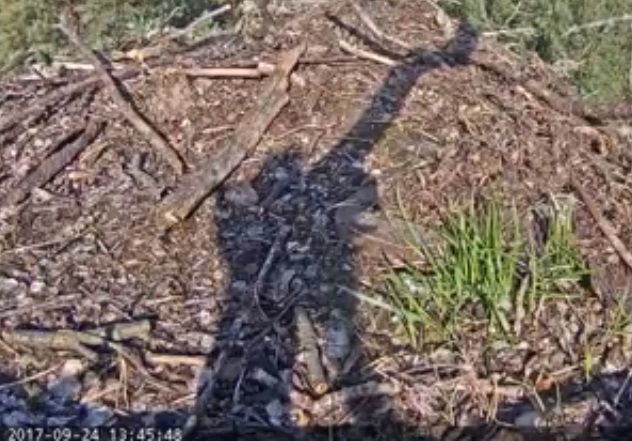 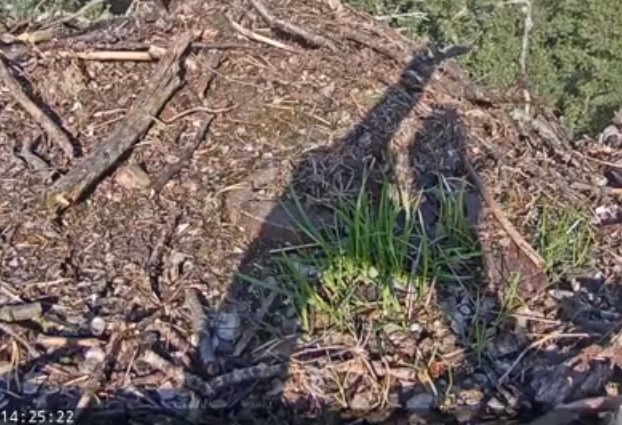 Live stream, it seems that the wind moves some feathers on the right side (remains of a bird, possibly).
Top

From Birdmap: Karlis has flown from the Bosphorus to southern Egypt in two days!

Where will Tuks be? Maybe in the south of Ukraine ...
Top

It looks like a bird is sitting on the camera stand

... a crow? No, they are too nervous. Today is a sunny day in Latvia. We'll see what happens at the same hour, whether the shadow is still there or not. Maybe it's just the cam stand: in autumn the sun's tilt and shadows are different.
Top

Liz01, I'm so glad that you are feeling better!!
Thank you for the translation of Karlis!
I wish that Karlis could have a camera on his nest, next year.
But it appears that they don't know where he nest.

Peixatera, thanks for the maps!
Top

Each Osprey is choosing his own way.

It depends on winds and if he is with others who have took a previous way.

Cessie - glad to see you!

I checked for info about the Fort Meyers eaglet - didn't find.

But, I was glad to see that the couple of SWflorida is OK after "Irma" and are rebuilding the nest.

Hope to meet you and Maggy there