chick lies on its back - its unable to stand up

I am confused, it is not the all day tired chick - it seems to me it is our little Benjamin

it seems little one has broken wing 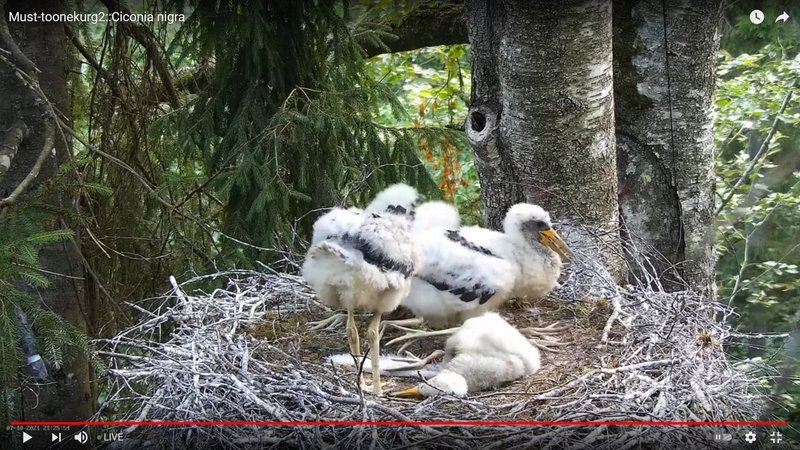 and warm hugs to you.
Top

8:37 PM Maria K​ If black stork is considered endangered species in Estonia human intervention is required in this case, I think
8:38 PMŞair Sonat​ Even if it's not, you just can't watch a baby bird suffer to die with a broken wing. That's not fair at least, when you have the opportunity to heal.


9:01 PM pinki floyd​ in the place where he stood is this dumb blue cord, that CAN be a context, but also NOT

this would explain the sudden loss of balance
Top

Solo, i wrote an e-mail to Urmas about this.
i'm not sure if he can (or will) do anything. there seems to be no human involvement causing the sudden collapse of the storklet. if something happens due to natural causes then humans will not interfere.
Top

ame wrote: ↑July 10th, 2021, 10:31 pm Solo, i wrote an e-mail to Urmas about this.
i'm not sure if he can (or will) do anything. there seems to be no human involvement causing the sudden collapse of the storklet. if something happens due to natural causes then humans will not interfere.

thank you Ame, but see here: https://www.looduskalender.ee/forum/vie ... 91#p803991:
"That blue stuff is a hay ball string used formerly for tie hay balls in farms. ... If it is still there, during ringing we can remove it. Or if real danger visible before."
in the place where little one stood is this dumb blue cord, that CAN be a context, but also NOT
Top

yes, i read that. but if the string is the cause then Urmas will make his decision about it.

edit: i started recording the stream starting at about 19:30 before the male came in for feeding. before the feeding there were four storklets who looked quite ok.
after the feeding three storklets seemed to be ok but the fourth was lying behind then three. something happened during the feeding but i didn't see what.

9:33 PM Piotr Zieliński
Watched twice. It's not a mechanical injury. The wings are fine.

9:36 PM Piotr Zieliński
Rather something more general. He might have gotten something poisoned with food from his parents.

19:42 the parent returned and all storklets responded but the fourth in the background seemed to be 'lazier' than the others. the fourth stayed lying on the nest while other were reaching up.
the fourth "lazy" storklet seemed to have a huge crop.
Top

but it is not this "lazy" storklet, it is our youngster very, very probably
Top

Oh my God, I have time to look again today and then something so bad. Is it Benjamin, who fought his way through so bravely as the smallest?! Of course it's terrible in general, no matter which chick. It's terrible to look at, it beeps and breathes quickly, probably because it's struggling so much.

Still a hello to all, but I think I have to switch off, unfortunately I can't stand it even if it is nature.

What a sad sight. And now the others are also lying on the wing. It looks to me like it's really hurting. It is struggling so much, but when someone is lying on it, nothing works.
Top

I do not know whether it is connected with the fall or not, 21: 02 the stork spat out a big fish. 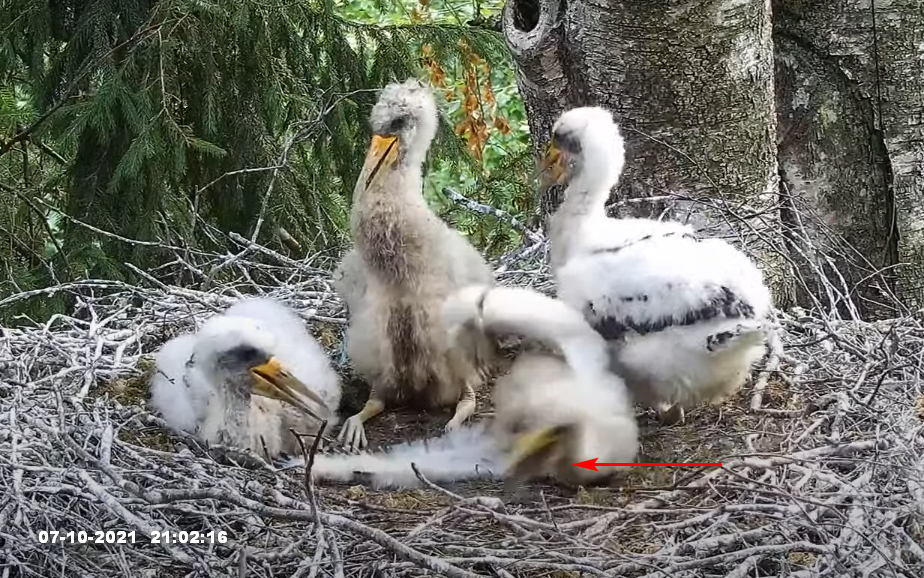 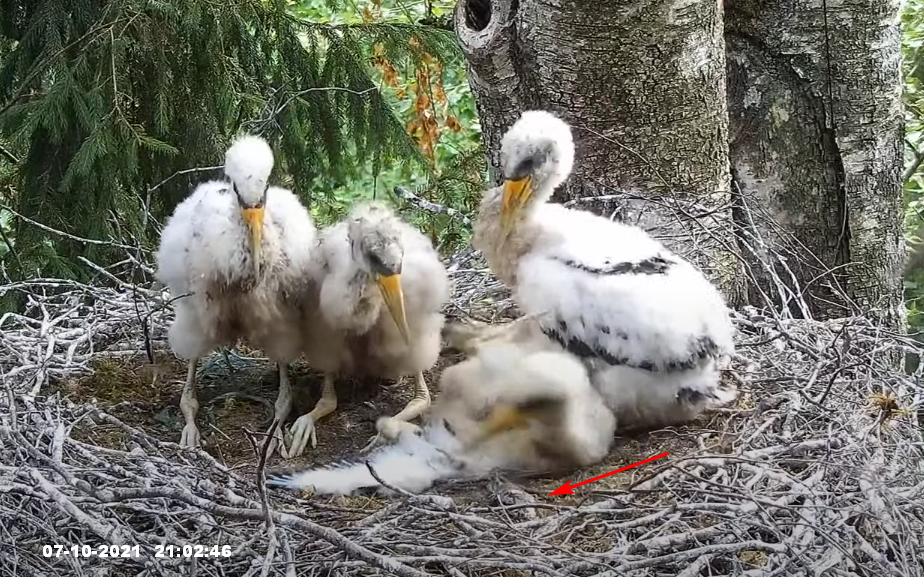 to me it seemed that the storklet collapsed due to some internal reason. he was sick in some way. he looked sick already before he collapsed. the wing looked paralysed or stiffened rather than broken but it stopped the storklet from getting up.
21:02 the storklet threw up a big fish. then he kicked more on his side.
the other storklets ate the fish and threw parts of it around the nest.
here's a recording that i made (part 1, 53 min), starting at 20:45.
the rest are uploading- i'll post them in the morning.


i don't see any accident which could have broken the wing. here i totally agree with Piotr Zieliński. bones don't break just like that, it takes a serious injury to break bones or twist joints. the blue string thing was behind the other storklet who was sitting in the back of the nest. i don't think that the string had anything to do with what happened.


i haven't edited these videos at all. i just recorded from screen in one go in about 1 hour pieces.

i got a reply from Urmas. he wrote that to him what happened seemed like a natural process and that he will not intervene. this was quite the reply that i expected to hear.

he will not be able to go there in the next days (and i think he wouldn't even if he had time).
Top

thanks to all for reporting.that's tragic!
ame, thank you very much for the message from Urmas! 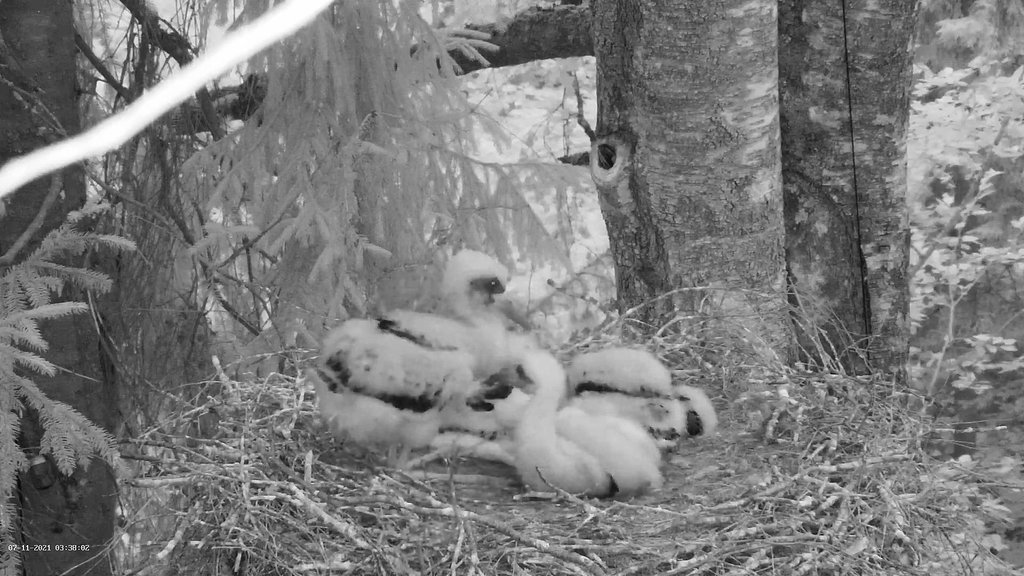 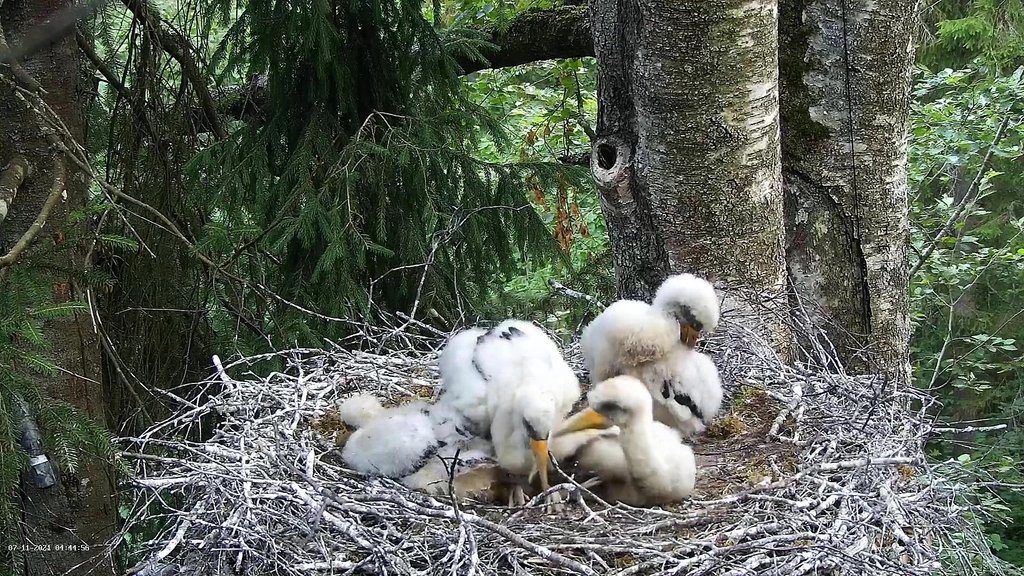 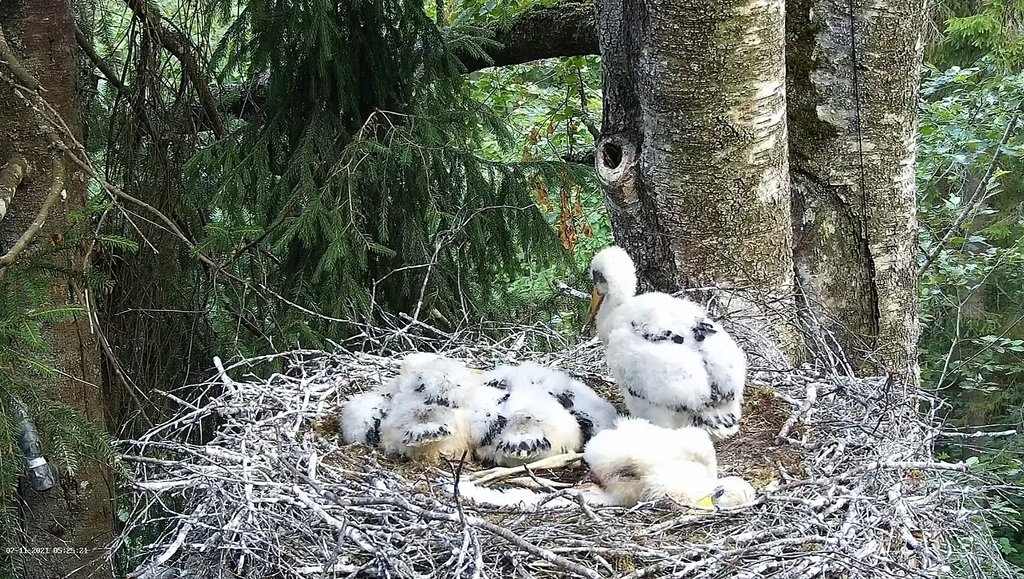 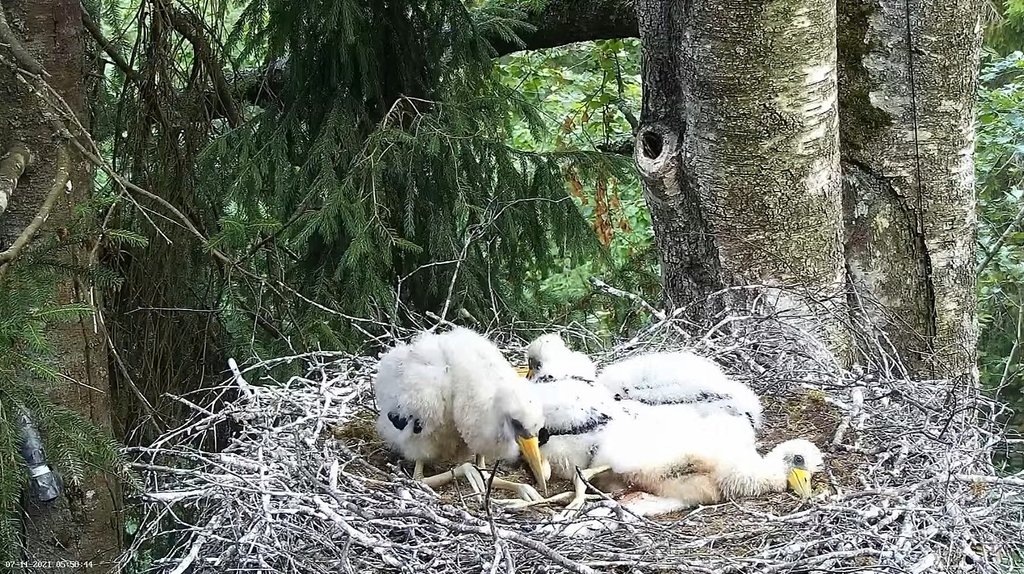 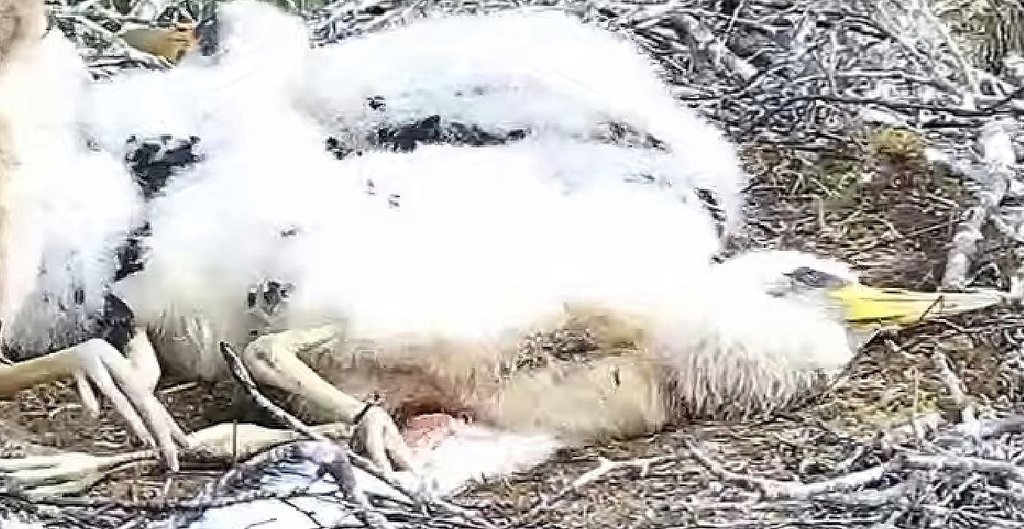 6:19 Storklet is calling all time.. is not able to get up
I have already seen sick storklets in the nest, but never one that lies on its side and can no longer get up.
Top
Locked
4814 posts