The Capercaillie lek camera was installed in cooperation between Eagle Club and Birdlife Estonia in Lääne-Virumaa Tudusoo SPA. Nine displaying male capercaillies were counted in this lek in 2019. Hopefully, we will be able to verify that number with the help of the camera. Compared to the previously watched capercaillie lekking site in Võrumaa, this year’s lekking site has much denser vegetation, which in the long run may render the place unsuitable for the capercaillie. Estonian Fund for Nature is carrying out water level restoration works in Tudusoo bog to slow the vegetation growth and restore the bog habitat. The camera is situated in the centre of the lek, but as the males move around during the display, not all of them might be visible from the camera. Also, it is not possible to detect the direction of the sound from the camera, which makes it difficult to find the males. Therefore, the camera does not replace traditional monitoring schemes, but complements and clarifies the monitoring results.

Male capercaillies are not on the lekking site for 24 hours a day, but arrive at sunset. The arrival is accompanied by the loud rattling sound of the wings. In the morning, the capercaillies display begins already in the dark – 2-3 hours before sunrise – and lasts until mid-morning. Afterwards, the males leave to rest and feed in the neighbouring areas. 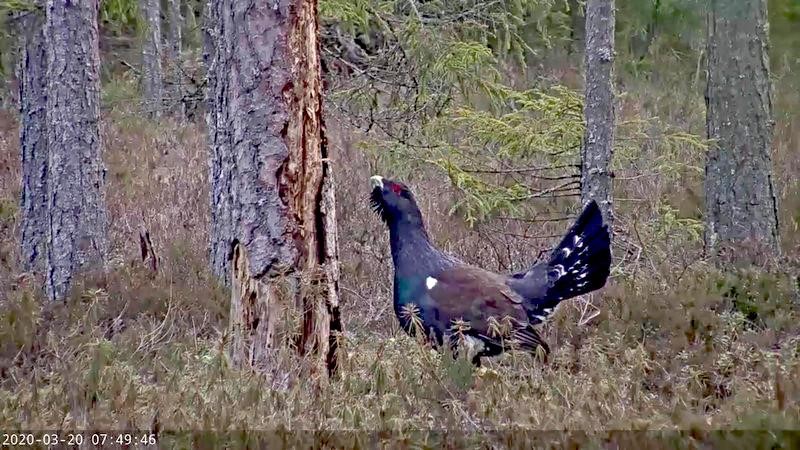 Every male capercaillie has his own territory on the lekking site, but everyone wants the best one for themselves. When a hen arrives, the boundaries of the territory are no longer respected and there can be fights between the males. Many male capercaillies have scars from fights on their faces or necks, but usually duelling is limited to posing only.

The camera system was installed in mid-March. It is a remotely operated AXIS P5635-E Mk II PTZ camera that can be moved, tilted and zoomed by a volunteer operator. The microphone is somewhat away (behind) from the camera so that the buzzing sound of the camera wouldn’t be heard.

If necessary, all power consumers are switched off during the night and on again in the morning. This significantly reduces energy consumption and eliminates the need to replace the batteries. 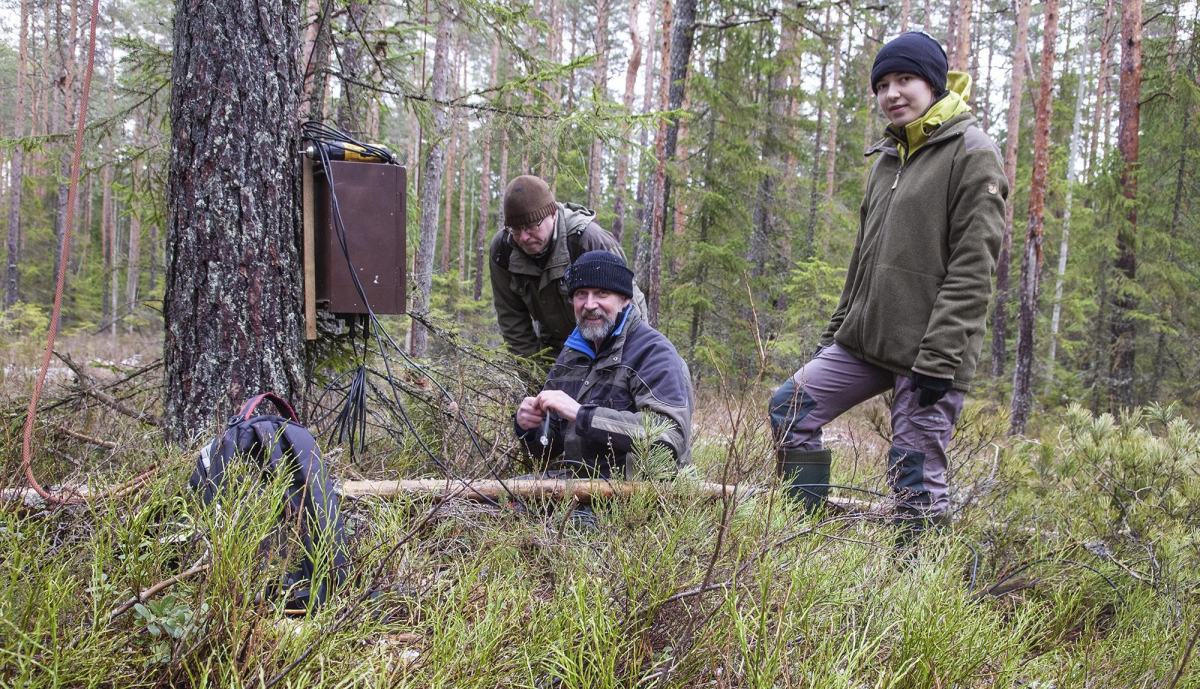 Andres Kalamees, Omar Neiland and Elina Mélet-Garel are installing the camera control box. It is located near the solar panels further away from the camera, behind the cam tree.

Solar panels work well when there is no snow on them and the sun is shining. When the days get longer, the camera can be turned on for 24 hours a day. This can be adjusted remotely without visiting the lekking site. 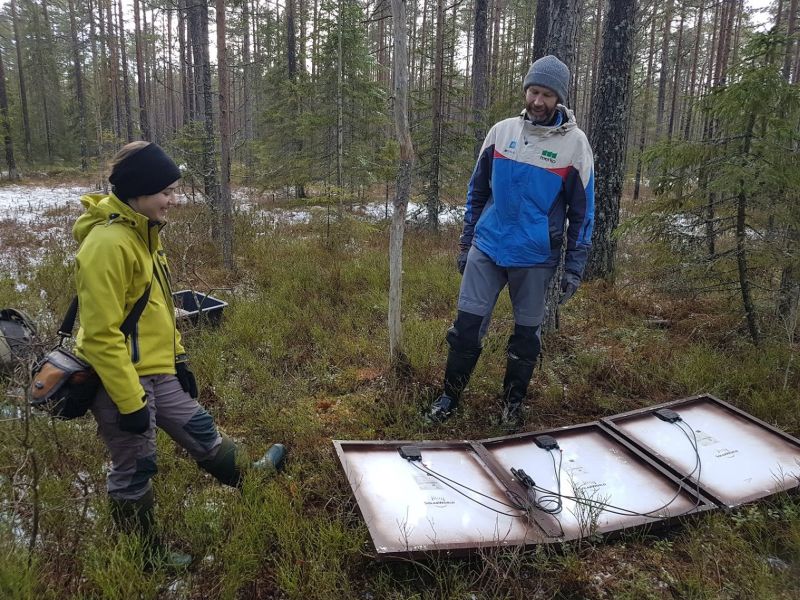 These solar panels have to be placed closer to the sun. Elina and Urmas are discussing how to do that. 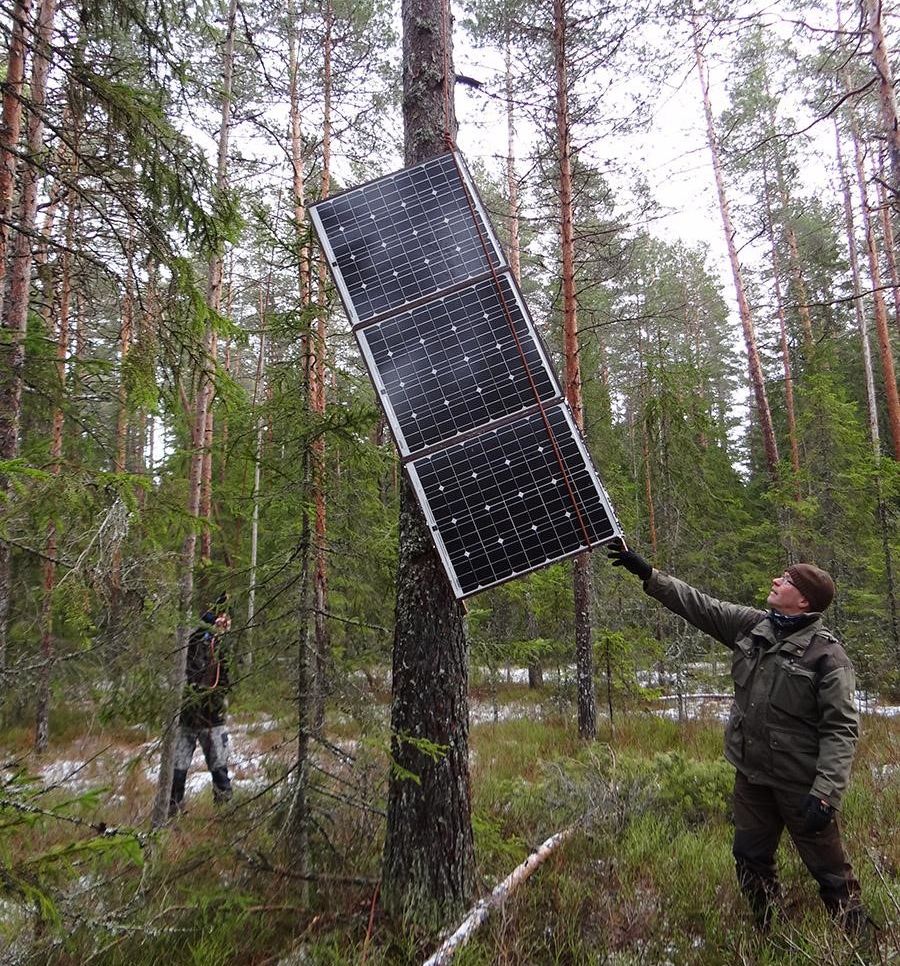 Andres had to push from the ground... 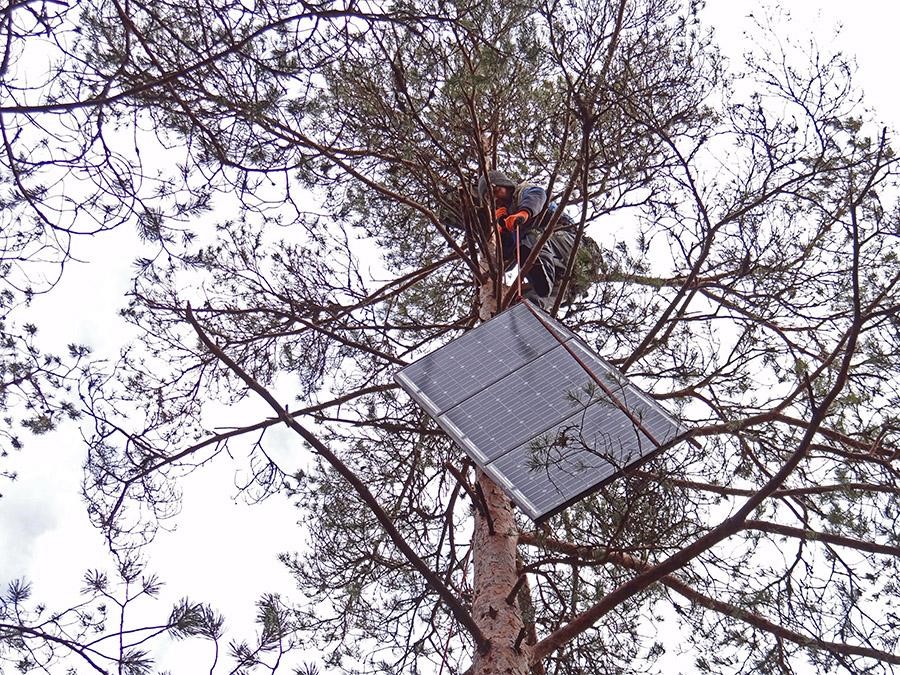 … and Urmas pull from the top of the energy tree. 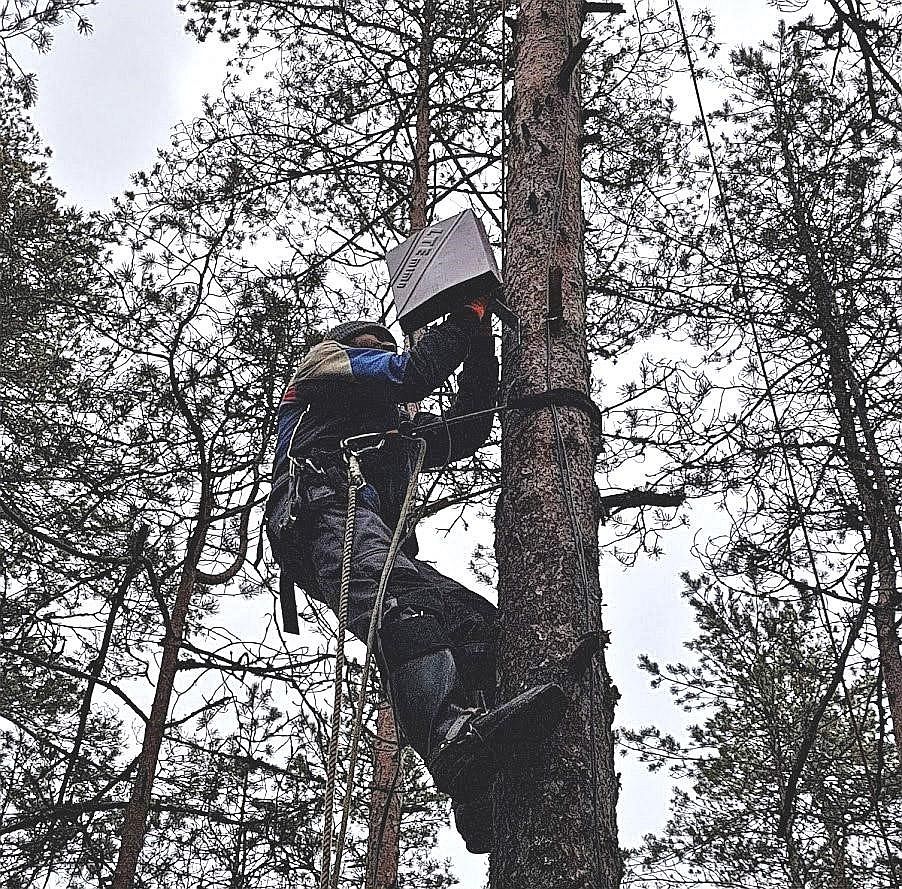 The camera is streamed through the Eagle Club Estonia’s YouTube channel. Preparing and recording the camera signal for streaming has not yet found a home server, it is temporarily handled by the Beta Group OÜ.

The cables have to be fixed as high as possible and it is good to have a self-moving ladder in hand. (Elina, Urmas ja Omar)

Contributors are welcome with each camera, as some components need to be replaced every year and we do not have any project support for hardware costs. The Environmental Investment Center supports the installation, removal and maintenance of cameras.

Eesti Ornitoloogiaühing - camera itself and information about species

Thousands of viewers – the most important, because otherwise the cameras would not make much sense!