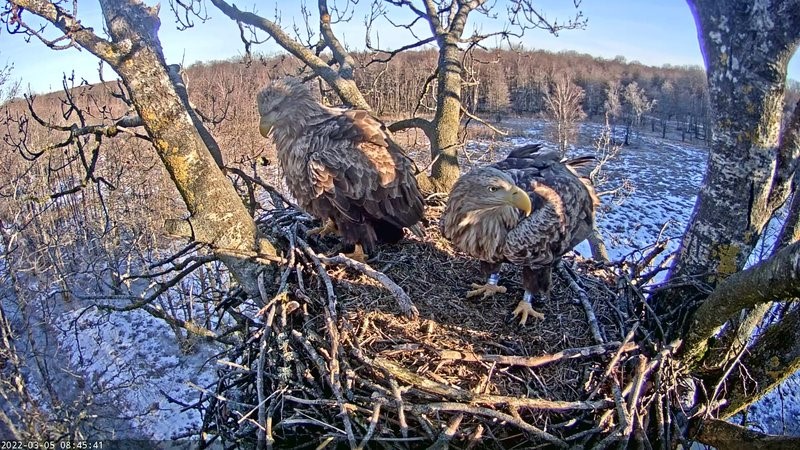 For the second year in a row, we can see the nest of white-tailed eagles in Matsalu National Park (https://kaitsealad.ee/en/protected-area ... ional-park) on one of the oldest known white-tailed eagle breeding territories in Estonia (the first reports date back to 1870 (Sits, 1937)). The eagles built this nest in 1996 and it has been annually inhabited since. Between 1996 and 2021, a total of 30 eaglets have fledged from this nest. Thus, it is a very suitable nesting area for white-tailed eagles. There is also a second pair of eagles nesting less than a kilometre from this nest.

24 nestlings out of 30 have been ringed here and as many as eleven of them have been seen later. An eaglet from 2012 was seen in front of the then white-tailed eagle webcam in Läänemaa in 2018 and an eaglet from 1995 visited the eagles winter feeding camera in 2012 and 2013, but that bird was found mortally injured only 10 km from the place of birth in 2019. The last eaglet in this nest was ringed in June 2020 and seen in north-western Estonia at the beginning of February this year. 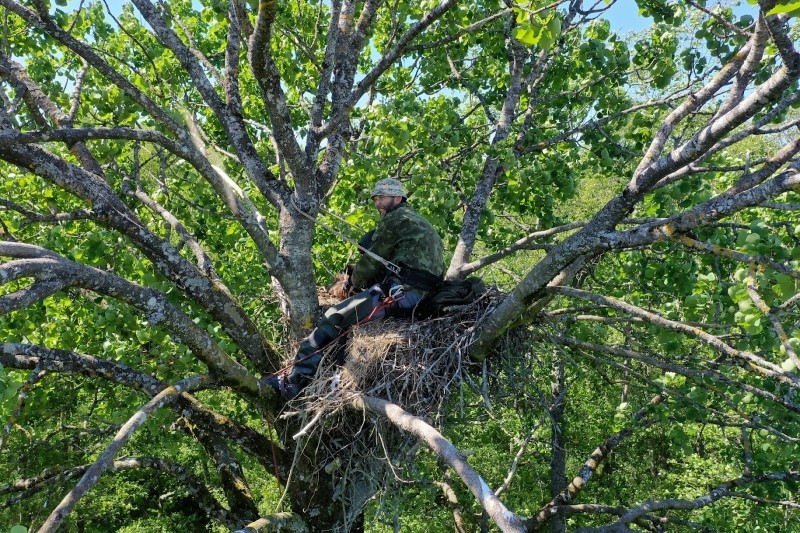 White tailed eagles often start decorating the nest with fresh twigs during the winter. One to three eggs are laid in March, the nestlings hatch in the second half of April and usually fledge in early July. The young will stay near the nest until September. Of course, if all goes well.

The breeding pair of 2021 was named Eve and Eerik. They started nesting relatively late, at the end of February. The broadcast then began even later, on March 7. The first egg was laid by the female Eve on March 20. Last year’s nest owners don’t have coloured leg rings, so we don’t know their history. In 2021, after a month of incubation, two nestlings hatched on April 28 and 30. However, we did not see them fledge – they died on May 12 and 13. The cause of death was identified as bird flu H5N1 at the Estonian University of Life Sciences (read more https://kotkas.ee/uudised/the-cause-of- ... uenza-h5n1). Although several white-tailed eagles visited the nest afterwards, we did not see Eve or Eerik again. Hopefully the highly contagious bird flu did not become fatal for them as well! We also hope that in 2022 we will see a successful breeding season. Whether last year’s eagles or others are nesting, it will be clear by mid-March at the latest.

The nest camera was set up by Urmas Sellis (Eagle Club Estonia) and Omar Neiland (Beta Grupp OÜ) at the end of January, beginning of February. We use AXIS F41 camera with a custom-made microphone from Omar. The main body of the camera is below the nest on the tree trunk, but the lens and sensor are at the nest level. We tried to camouflage the camera as much as possible and hid it inside a dry aspen branch. Therefore, the camera remains relatively inconspicuous when seen from the nest. 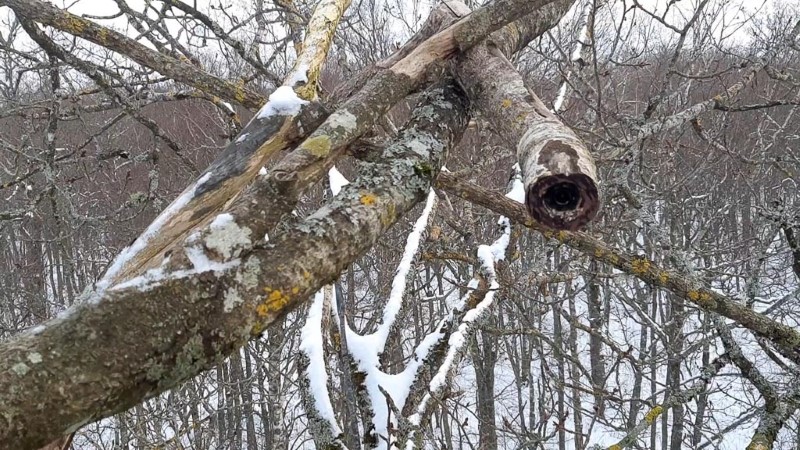 The camera is powered by solar panels, and to save energy, the camera turns off when it gets dark, and the batteries are weak. Live broadcast from the nest resumes at sunrise. We transmit the camera image via 4G mobile internet, so in case of intensive network use, there may be interruptions in the transmission.

The camera is streamed through the Eagle Club Estonia’s YouTube channel. We recommend following Kotkaklubi channel in case the broadcast needs to be restarted due to technical errors, which may change the direct link of the broadcast. As the season progresses, Kotkaklubi channel will also feature all other nesting cameras of Estonian eagles and black storks, as well as a capercaillie camera.

The preparation and recording of the camera signal for streaming takes place with the support of Estonian Fund for Nature. Events in the nest are documented by the viewers in Looduskalender forum. The use of the stream from the nest for non-commercial purposes is not prohibited, but please let us know if possible (send a message to urmas(ät)kotkas.ee). Contributors are welcomed with each camera, as some components need to be replaced every year and we do not have any project support for hardware costs. Environmental Investment Centre supports the installation, removal and maintenance of cameras.

Thousands of viewers – the most important, because otherwise the cameras would not make much sense!