Great tit – generalist or instead specialist?

Scientific news from the Year of the Great Tit edited by Marko Mägi, marko.magi@ut.ee , bird ecology researcher at the University of Tartu
Translation Liis

Ecologically species can be divided into specialists and generalists. While the specialissed species are adapted to specific environmental conditions and rapid changes may become difficult for them, then generalists can cope with a variety of conditions – both urban and rural, warm or cold, in forests or open spaces. Thus it is no surprise that that the generalists are often synanthropes, or associated with humans, i e species that have been able to adapt urban life and become numerous, due to their high adaptivity and small selectivity. One of the best known generalists is man himself who can cope in all regions (except the Arctic areas). Few animal species manage to match humans in this.

Typical of all generalists is a relatively broad food range – they eat what is currently available and they are not particular regarding food. However, the health indicators of urban generalists may often be poorer than those of their species comrades living in forests since there is an abundance of junk food in cities. The general view of the food preferences - or rather of the non-selectivity – of urban generalists is that the urban generalists have plenty of junk food available. Yet humans have very differing taste preferences – some like peppers, other do not, some enjoy beetroot, others give it a wide berth.

Can the great tit afford such choosiness or will those with fastidious tastes be quickly eliminated by natural selection? 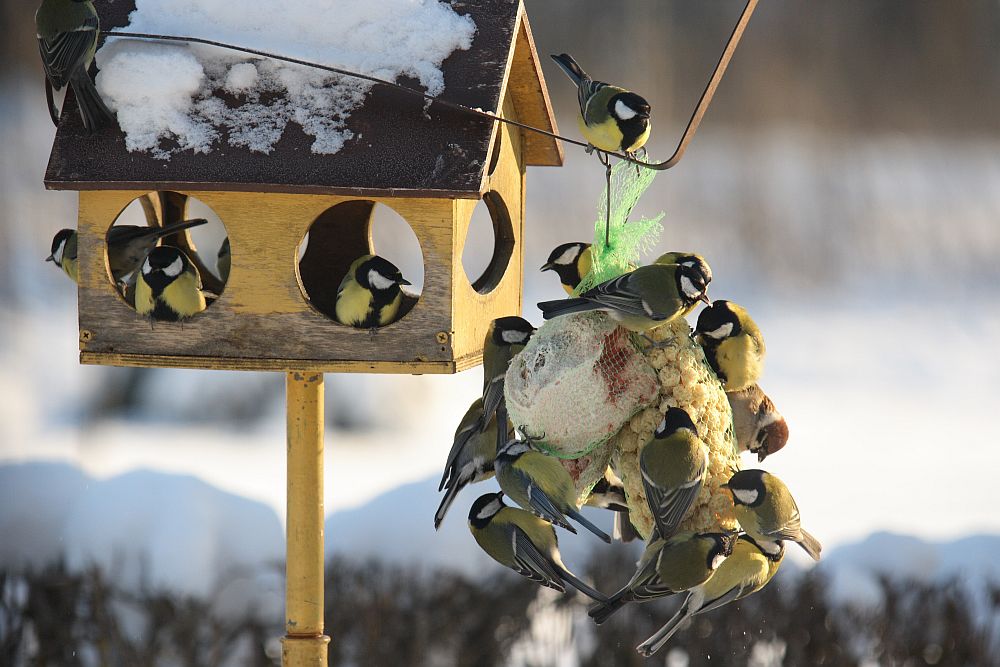 The great tit is a species that can doubtless be considered to be a generalist at least as far as food goes – it eats vegetable as well as animal food, and near humans all kinds of food waste is also consumed. During the breeding season the greater part of the food brought to the chicks consists of larvae, but the proportion depends greatly on the habitat – differences can be observed between the diets  of great tits breeding in conifer, broadleaf or evergreen forests. On the basis of this broad food range it might therefore be said that it is not a “fussy” species.

However, it appears that the lack of selectivity is only superficial. From a recent summary of studies of feeding habits of tits it seems that on an individual as well as population level we have to do with specialists whose diet depends largely on local conditions. For instance the northern great tit populations which also include  the Estonian great tits individuals are rather generalists that eat what is easily available in nature at the time. Great tits in the Mediterranean countries however are rather specialists since the environment there is more varied offering more food selection possibilities for the tits and it is more useful for the birds to specialize on food specifically in their neighbourhood. The cognitive capacities of great tits are likely to influence such specialization. The blue tit however, is considered by the authors of the study to be a generalist in the whole of its distribution area, individually and as a species.

It should however be noted that the authors of the study based the conclusions on food brought to the chicks during the breeding period which does not allow conclusions to be drawn about winter feeding. Bearing in mind that there is clearly less food in winter it may be assumed that our great tits are generalists also in winter, eating nearly everything that is offered in bird feeders. This does however not mean that in birdfeeders everything should be offered indiscriminately.