Does more space in the nestbox mean more successful breeding? 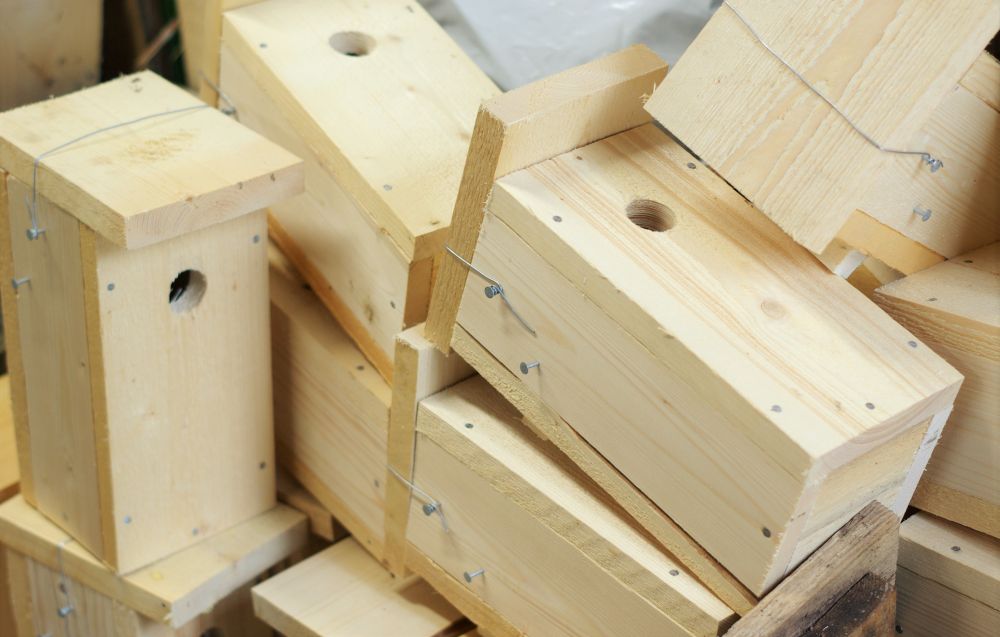 Since it is high time to get the old nestboxes in order or to build new ones, many confront the question about space in the nestbox. How big a box does the bird feel comfortable in? Is it at all important how large the nestbox is?

Birds can easily be captured from nestboxes for scientific purposes and their nesting can be monitored. Because of this the results of investigations of birds nesting in hollows have contributed to the development in several scientific domains. At the same time however no uniform nestbox sizes for individual species have evolved and in different regions nestboxes of different dimensions are used. Precisely the size of nestboxes, more exactly the variation of the bottom area of the nestbox, allowed scientists to study the possible influence of of the nestbox size on the breeding of birds.

In order to find an answer to the questions, four bird species were studied: great tit and blue tit and pied flycatcher and collared flychatcher; in addition the effects of geographic location, habitat, urbanisation and the material of the nestbox were considered.  Clutch size information from altogether 365 populations were used (including great tits and pied flycatchers in south-eastern Estonia), and although much was known about the breeding of the studied species previously, the differences between species were established for the first time on a large scale.

The results show that at least concerning great tits differences in the size of the nestbox has to be considered on comparing different regions since the clutches of great tits are significantly larger in more spacious boxes. For blue tits and flycatchers the clutch size was not dependent on the bottom area of the box. In comparison with tits the clutch of flycatchers is relatively small (6-7 eggs) and evidently due to this the size of the nestbox is not limiting for the latter – there is enough space in a comparatively tight box. In case of blue tits the clutch size was instead influenced by the nestbox material – compared to concrete nestboxes the clutches were significantly larger in wooden boxes. E

With regard to the size and material of nestboxes regional differences in customs were also found – in the northern investigation areas larger boxes were used than in the southern parts and wooden nestboxes were more frequently used in the eastern areas.

The clutches of great tits and blue tits nesting in broadleaf and mixed forests were significantly larger than those nesting in coniferous forests and those of conspecifics nesting in the oak forests of South Europe. It was also found that the effects of urbanisation were more evident for great tits and pied flycatchers, whose clutches were clearly smaller in cities than in forests (the reason was evidently the higher nesting population density in urban environments). In addition it was noted that during the last 65 years the clutch of great tits has decreased by 1,5 eggs on average – the cause may be forest management, an increase in the inter- and intra-species competition and the climatic warming.

On Saturday, April 2, at 2-4 pm, a lecture day arranged by the Estonian Ornithological Society takes place in Tartu in the Peterson Hall of the Dorpat Conference Centre, where all nature friends are welcome. Marko Mägi talks about the most recent results from the investigations of nestbox birds in the Kilingi-Nõmme area. Tuul Sepp presents the cohabitation types and family conflicts of birds and Veljo Runnel talks about the diversity of great tit calls and their recording with a smartphone. Free entrance.