The greater spotted eagle is one of the most endangered eagles  in . In the EU countries fewer than 50 pairs nest and according to what is known, only in and . The majority of  Europe’s GSEs nest in , and the .

In 2008 we put a surveillance device on a nestling in a greater spotted eagle nest.  After fledging from the nest it was starting to show us its habitats. The eaglet was named Tõnn. If we had known how troublesome the name was to use for non-Estonians  we would evidently have chosen another name. But when he had got this name we must live with it.

Tõnn chose as his migration path a direction to , unusual at that time, and found after some searching a wintering area in the eastern part of the country, the El Hondo national park and its surroundings. So Tõnn has used these winter quarters each year since that. A local fan club for Tõnn has formed, many articles have been written about him and the wintering area. Tõnn also has hundreds of supporters during his migration, and bird-watchers in different countries want to see him with their own eyes. For this however it is necessary to predict his migration road and wait at the right time in the right place. About Tõnn’s earlier years there is more precise information on the migration map , there are surely also surprises.

In the spring of 2016 during the Eagle Club spring community work in Harjumaa a greater spotted eagle with a transmitter was noticed but since Tõnn’s transmitter had been silent during the 2015 spring migration we did not know whether this was Tõnn or some other greater spotted eagle at some time provided with a transmitter. In the autumn we managed to catch Tõnn and to change the monitoring device. Last year we placed a web camera at Tõnn’s nest but evidently something there did not suit the eagles and they moved to another nest. Last year as well as the year before last Tõnn and his companion bred successfully. Both adult birds arrived to the nest on April 7 this year. The first egg was probably laid  on April 22.

We installed the web camera together with Omar  and Triin at the greater spotted eagle nest at the end of March. The usual set-up comprises solar panels for keeping the energy balance: in sunny weather they load the batteries and the batteries provide current for the whole system. Since the nest forest is natural-looking and has openings it was not necessary to bring the panels very high up. 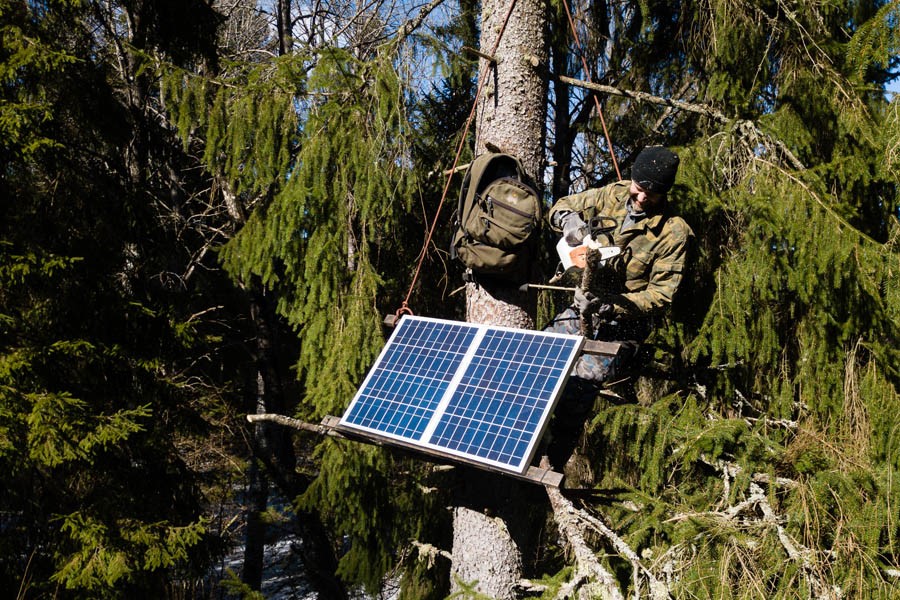 The placing of the panels .

Since the nest tree is dry and it is better to get the nest owners used to the presence of the camera just in case, we installed it at the nearest neighbouring tree. And tried to hide it well. 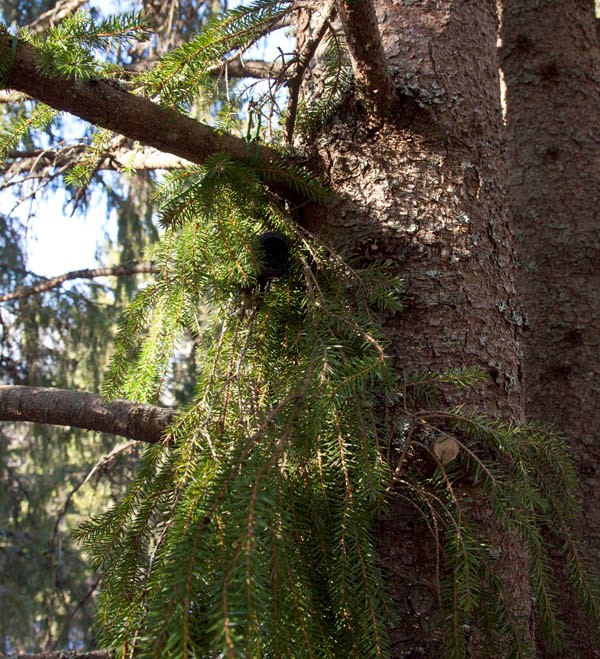 It is not easy to detect the camera lens. 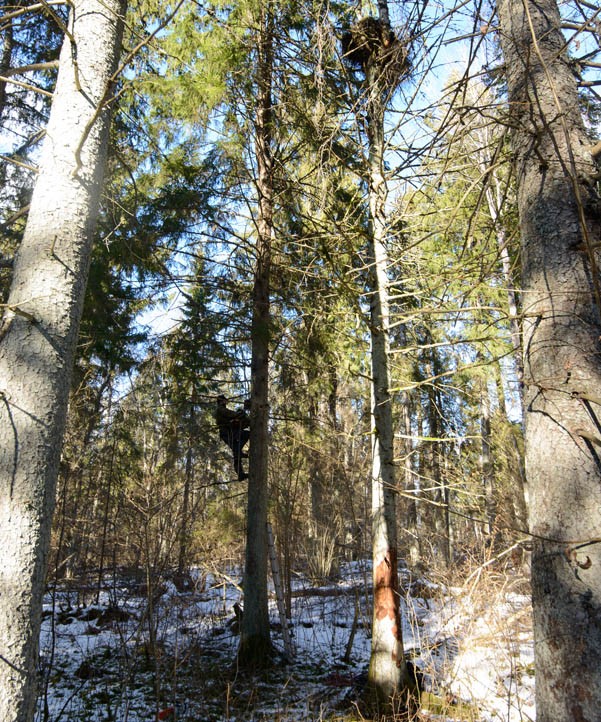 The nest tree and the camera tree.

Triin flew at the level of the nest and even higher but how else would we have seen this area with the eye of an eagle. 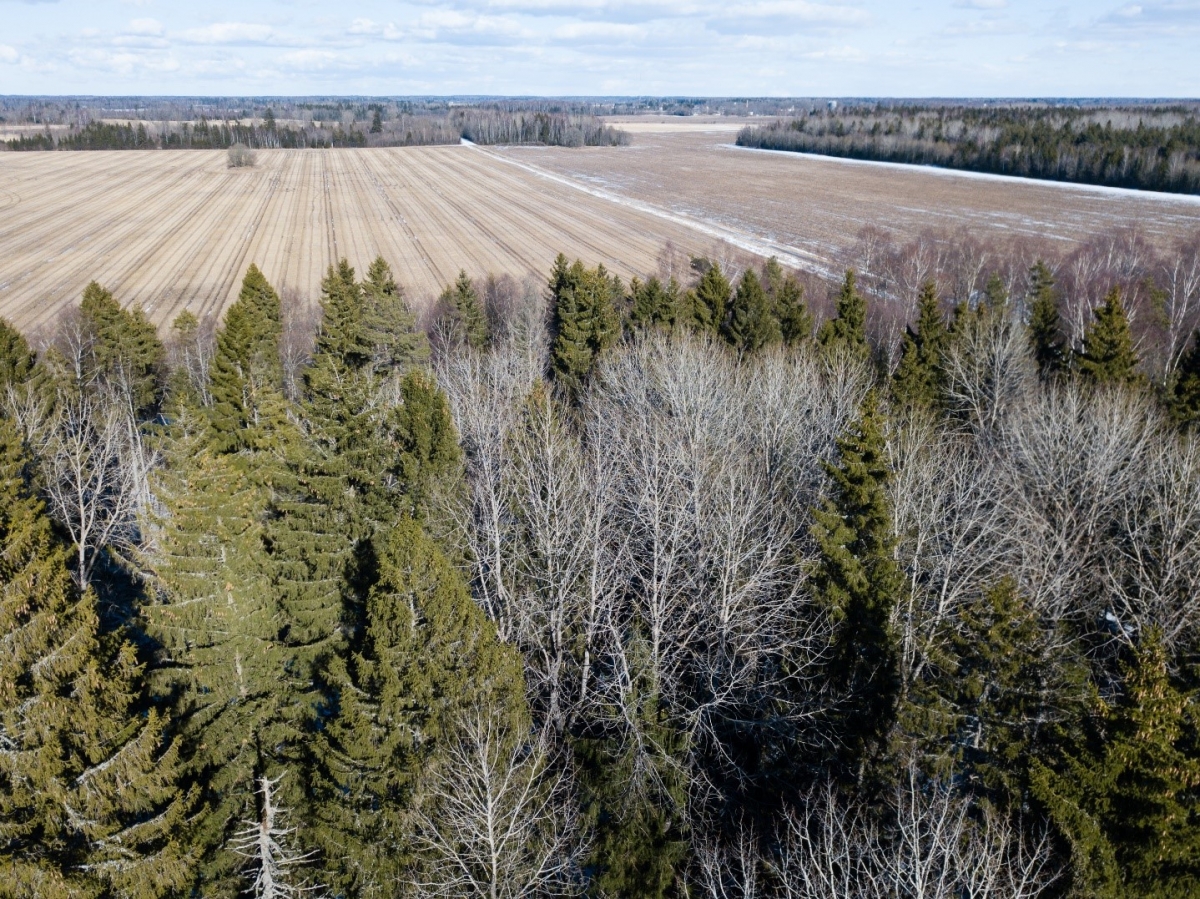 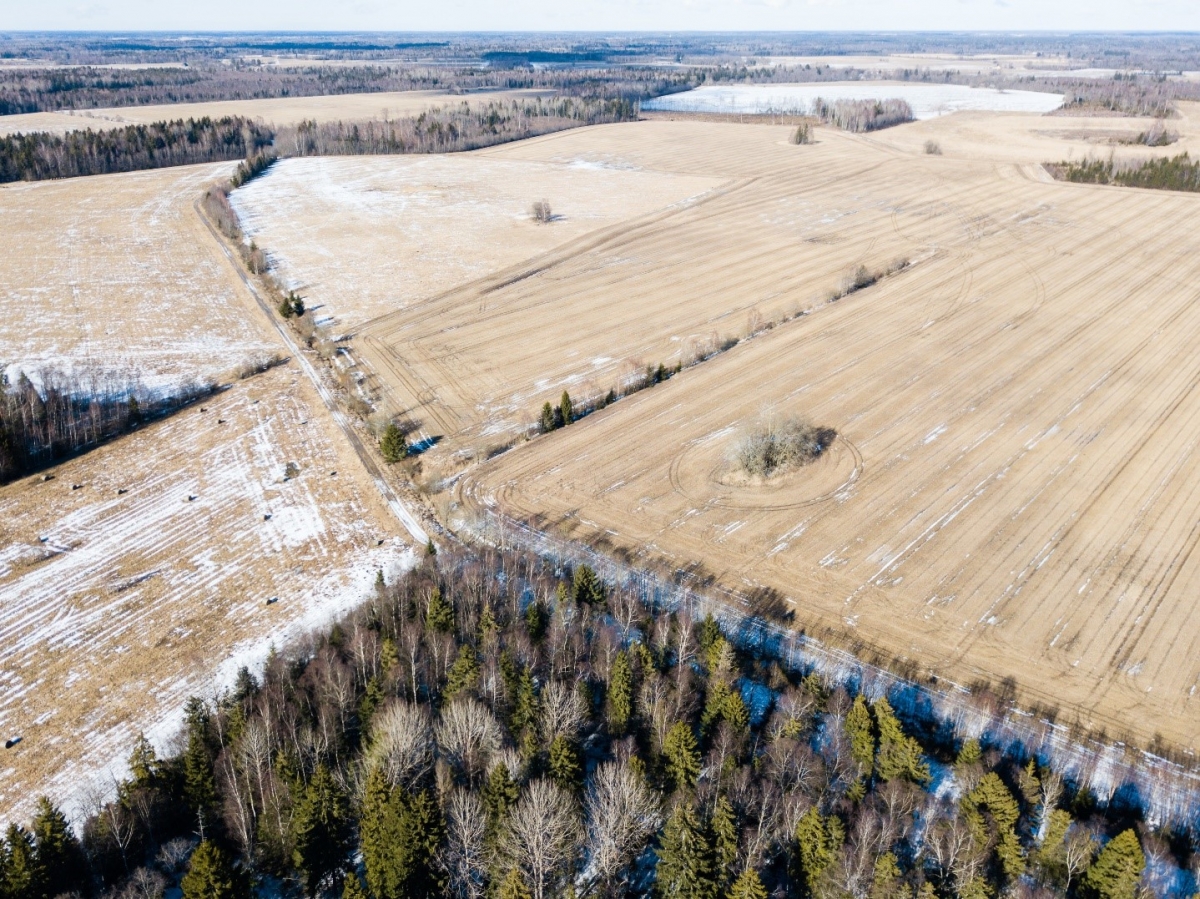 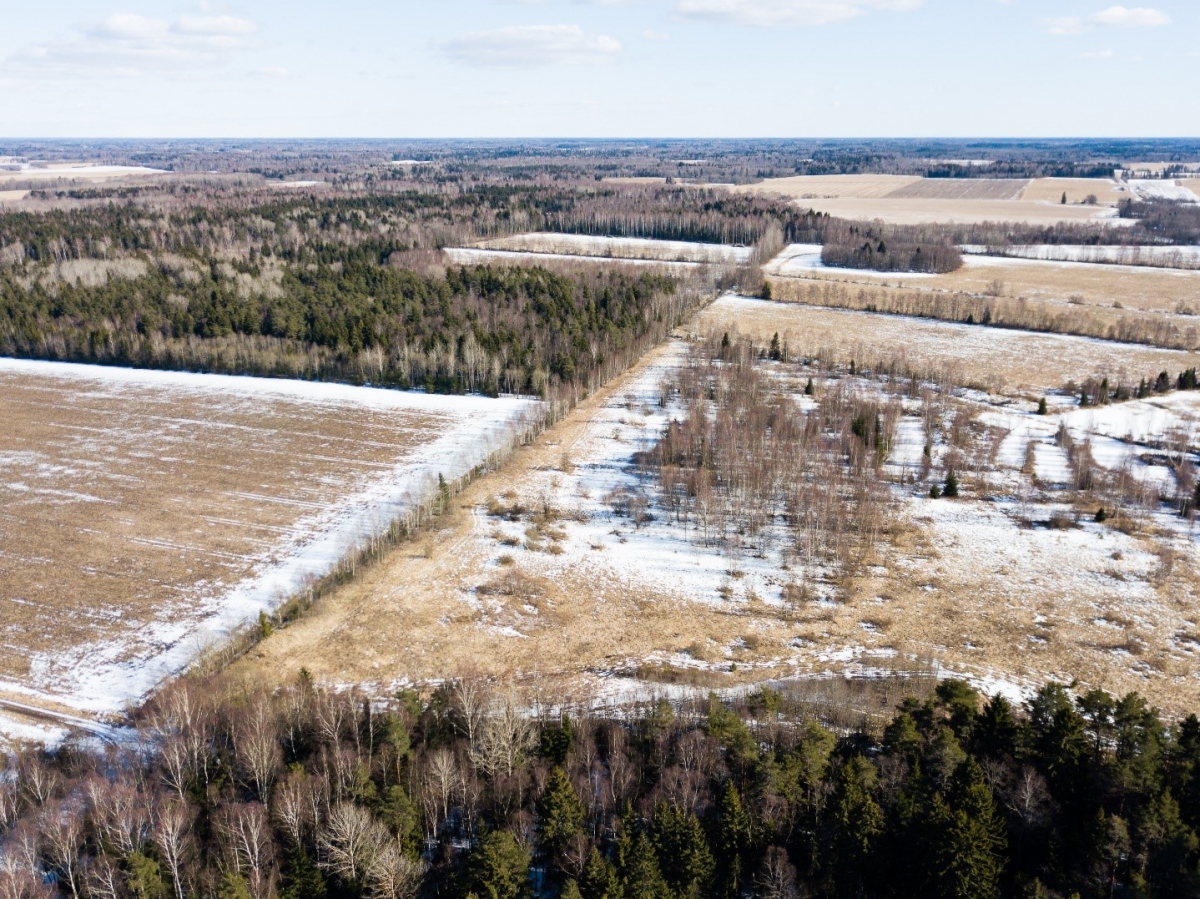 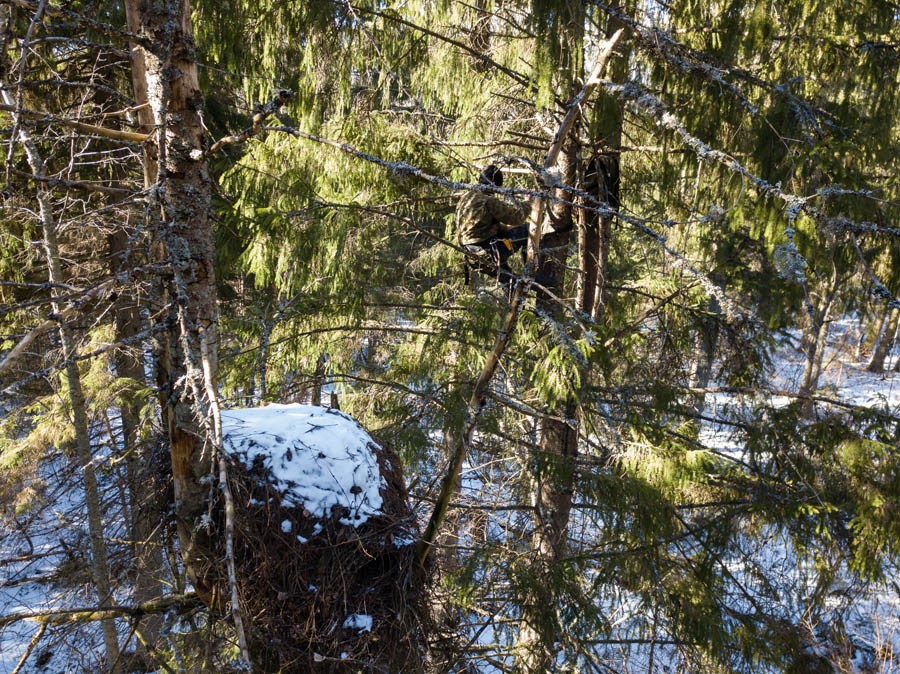 View from behind the nest towards the camera . 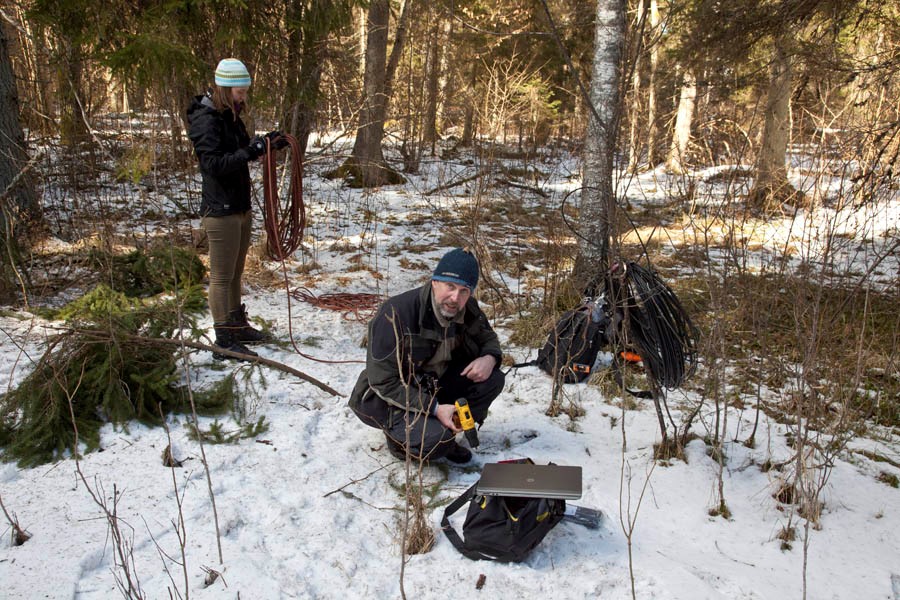 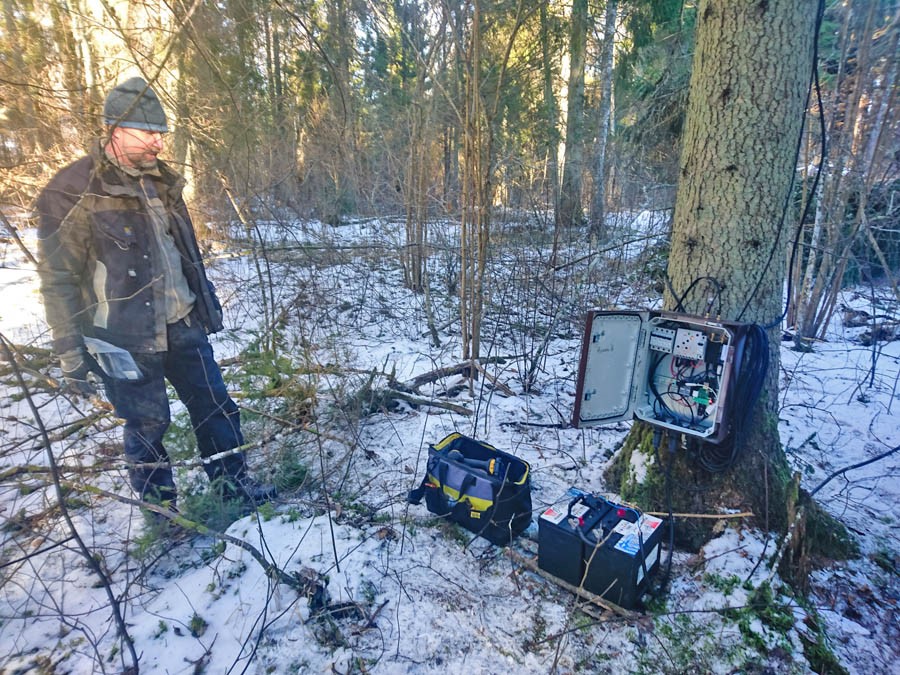 Omar has finished his work.

As camera there is, as at many other nests, an AXIS F41 with a varifocal lens and the microphone that Omar built himself. For transmission we hope to be able to rely on the 4G mobile internet by which the camera image reaches the  EENet server. In the server the image is split for thousands of viewers all over the world who want take part in what happens in the nest.  When possible we also use the YouTube server service in parallel. This when the loading of the batteries allows the system to be connected night and day.

It is not prohibited to use the stream from the nest elsewhere  but we ask you to inform us about it (see contacts at  the end of the page or send a message to urmas(ät)kotkas.ee). Sponsors or godparents are welcome to each camera because every year some components must be exchanged. For that we have no project fund support. KIK has certainly supported the installation, dismantling and maintenance of the cameras. Likewise we have received some private donations for this camera even from viewers in .

Greater spotted eagle web cameras elsewhere are not known at the moment.

To get the greater spotted eagle camera working a great number of helpers have contributed:

Kotkaklubi – preparation of the camera and help at installation
EENet – encoding of stream, splitting for viewers, technical emergency support, recording of material
Beta-Group – testing of camera and sound installation, building of the microphone
Looduskalender – home of camera and forum on the web
Local farmers – who check that all around is in order
Thousands of viewers – who are the most important; otherwise the camera would not have so much purpose!