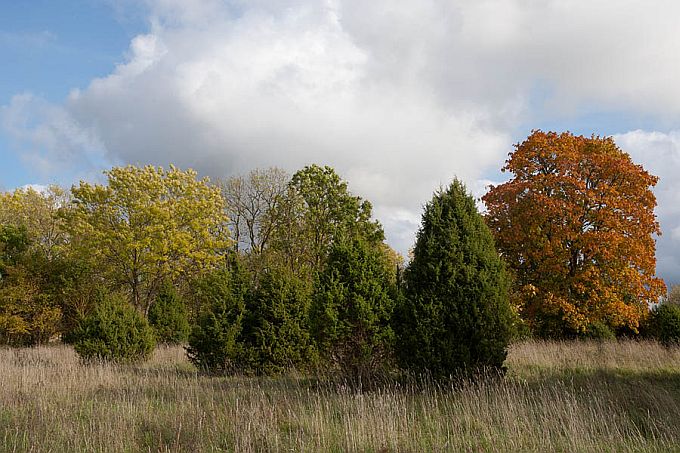 Astronomically autumn came on Sunday night September 23rd at 04.54 o’clock, or, when you woke up on Sunday morning it was already autumn.

We reached the equal day period but today the night was not yet longer than the day. But after the equinox the evening darkness arrives soon after sunset. Already within an hour we can see stars in the sky in clear weather where light pollution is slight.

This is a very strange year. Phenologically the start of autumn is considered to be the beginning of colouring of maple leaves (based on long-term observations - September 11th).

But, has summer ended at all, according to the concepts of our climatologists? Summer begins and also ends when the average temperature of day and night rises above or falls below +. This year we still have a little more air warmth – thus our summer has lasted four months…

Bur the storm that started on Saturday prepared for the arrival of autumn. On Tuesday night at  05.52 there is a full moon which might confirm a change of weather – we will see.

Can we still expect an ”Indian summer”?

Let us recall what the weather usually is like then: after a clear, crisp and cool night a pleasant  calm and sunny day arrived with a high pressure area that remained still, and sometimes the ”Indian summer” has lasted up to a week.

Autumn has not stayed in heaven yet, as winter sometimes does.

And moreover, at the end of a warm summer we have often enjoyed an abundance of colour in the autumn trees …