Greater spotted eagles Tõnn and Tiiu have returned from migration and settled down. 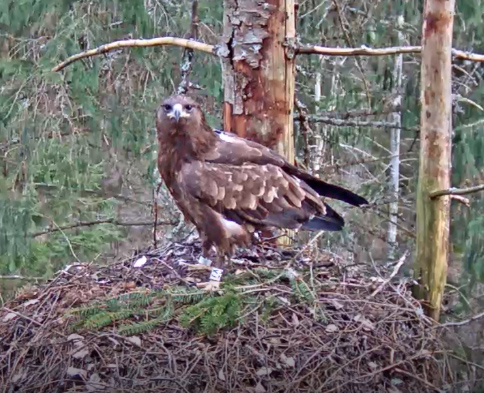 Already in the next day Tiiu followed 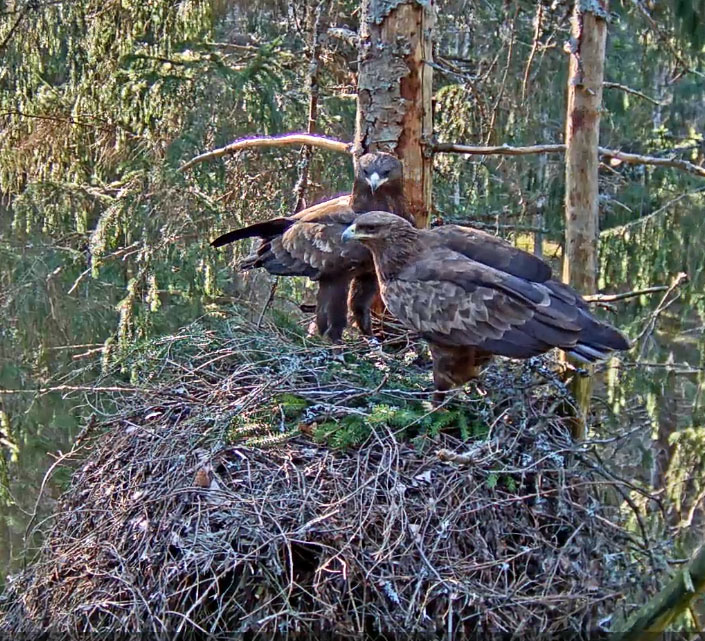 Soon we may see this picture often: 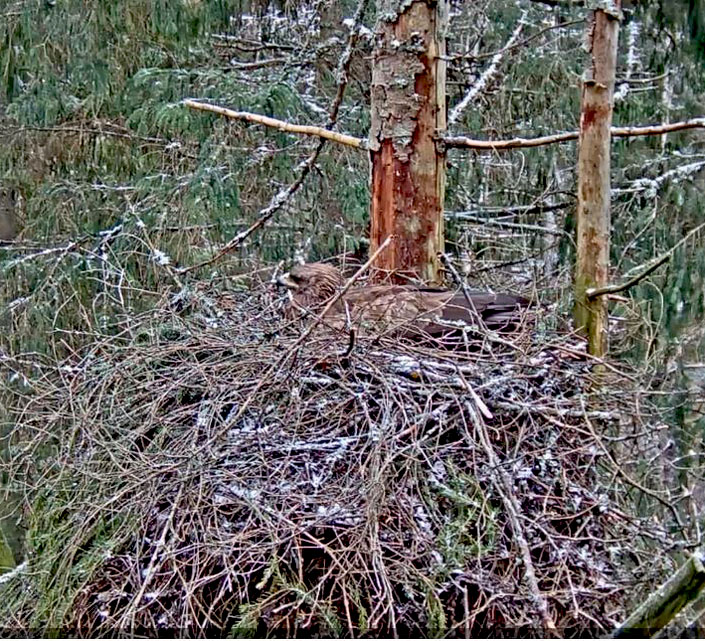 In the LK forum you can get an overview of what has happened in the nest this year and in previous years. Different observers have described their observations, and added pictures and videos there.

We can observe the nesting of greater spotted eagles for the second year in the same place. Last year, one chick fledged from the nest, as customary for spotted eagles. It is known that Tõnn has had one offspring  every year since 2016.

We've been able to keep track of Tõnn since he left the nest where he was hatched in 2016, we exchanged his faulty transmitter for a newer one. Tõnn's migrations and several pictures of him (since 2008) can be viewed in the Bird Migration Map site. There are also pictures of his wintering area.

The camera at  Tõnn's nest is located in a neighbouring tree, so there may be  fluctuations of the image with the wind and it is not possible to look at the nesting birds more closely. The nest tree has dried up, but we hope it will endure this season 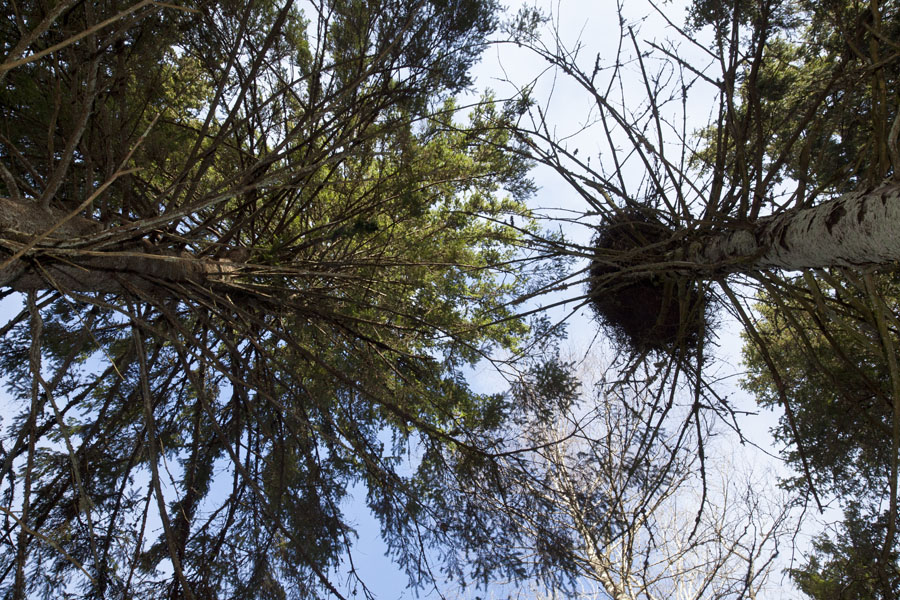 The nest in the dried spruce is easily found, but the camera is located in a neighbouring tree, just over 2 m from the nest.

Transmission from the camera here goes via the TELE2 4G mobile internet. Therefore, in case of intensive network usage, there may be downtimes in the image transmission. Streaming is done through both YouTube and EENet. Different users like different formats. It is also known that some re-streamers have used this spotted eagle camera.

The use of the stream from the nest elsewhere is not prohibited, but please let us know if possible (see the contacts at the end of the page or send a message to urmas (ät) kotkas.ee). Sponsors are also welcome for every camera, because some components have to be replaced every year. There is no project funding for this. KIK Keskkonnainvesteeringute Keskus has however supported the installation, removal and maintenance of cameras. Last year a special donation campaign was organized by the members of the LK forum to complement the various cameras. The purchase of components for this camera was supported, for example, from . Installation, removal and maintenance of the camera is supported by the (Keskkonnainvesteeringute Keskus KIK). 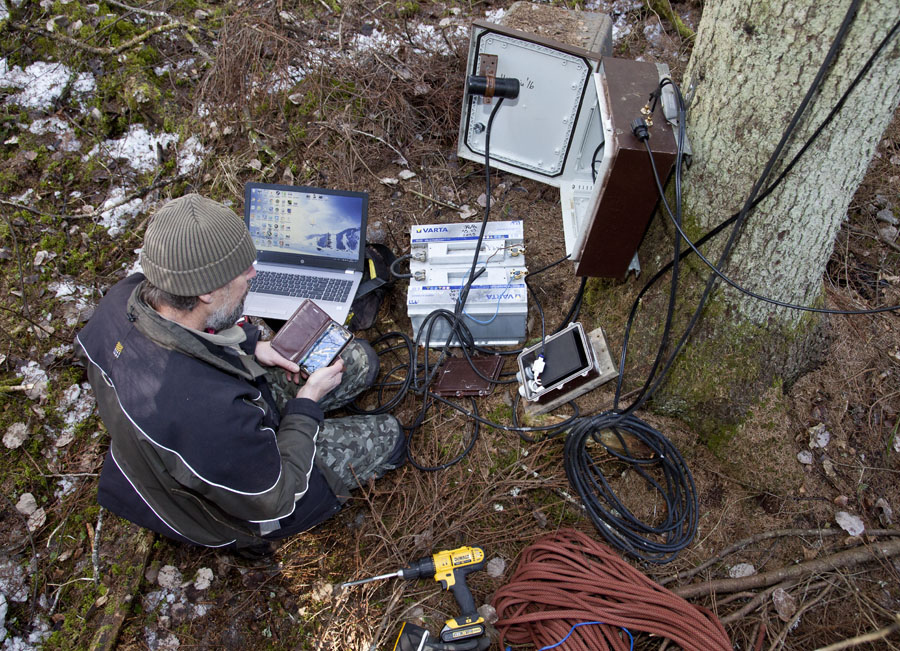 Omar checks if all system components work as they should. Photos by Urmas Sellis

We don't know if there are web cameras at any other greater spotted eagle nest somewhere.