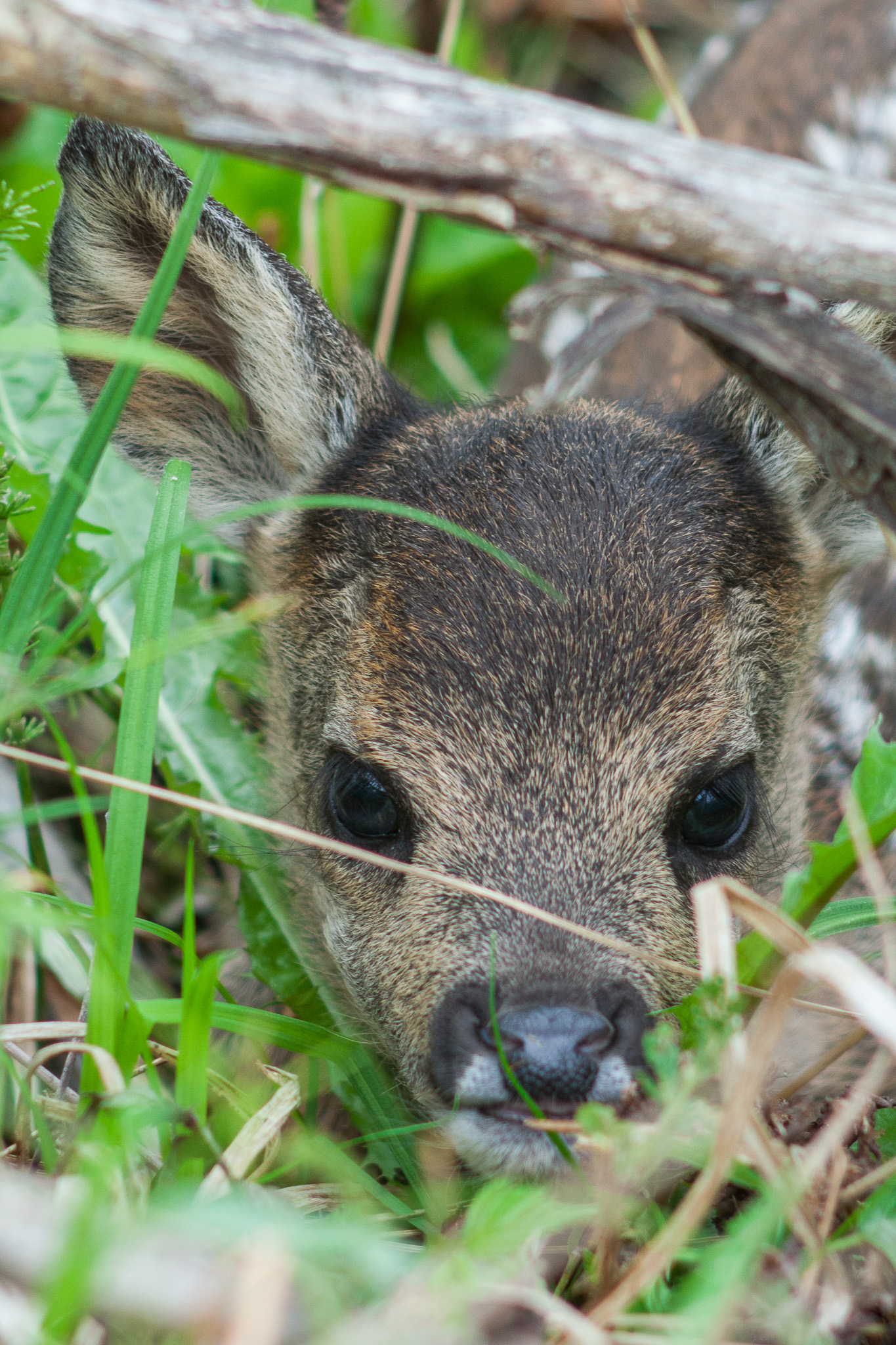 In case of danger the roe deer doe flees from the approaching threat, trying to entice it away from the fawns, leaving them to lie silently in the grass.
Photo: Tarmo Mikussaar

The fawns that were mostly born in May are still protective-coloured around Midsummer and they have no smell. In addition to the mother’s milk they feed on leaves and shoots of herbs. During the first few weeks of their life the deer-to-be stayed obediently in place. By now they ramble around in a limited area, actively discovering the world. Twins keep apart, so scattering the risk from predators. The mother who always stays nearby, attempts in case of danger to attract attention to herself and lure the enemy as far from her offspring as possible.

Although the fawns by now already are so quick that they in danger could save themselves by fleeing, they prefer to hide: go down on the stomach, stretch out the neck and remain lying motionlessly. This strategy has been effective through millennia, but does not help against hay-mowing machines
In the second half of July the heat period of roe deer starts. A doe in heat loses her interest in the offspring. In the life of the fawns a difficult period starts. After the matings the doe returns to her offspring and continues suckling. The fawns no longer stay apart from the mother. In mornings and evenings they can be seen busy on fields where hay has been made. The suckling ends in September. The family keeps together the whole winter.