The sizzle of the seeing again 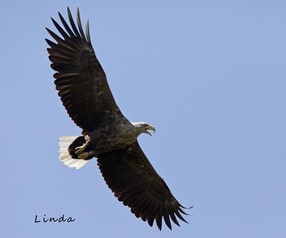 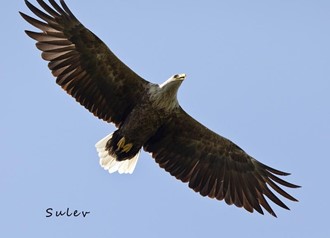 It started in February the first visits to the snowy nest, from the laying of an egg to the age of a ringing.

Currently, the link of Eesti Päevaleht from the installation of this camera, which was highlighted in the forum of the 2013 White-tailed eagle camera, was still working. It gives an idea of winter activities when setting up webcams. The video quality of the current cameras is not comparable at that time, but then we were very satisfied. Some of the more interesting clips have been recorded by observers and can be found on more than 300 pages of the 2013 forum with comments. Similarly, all stored material (images and videos) is available on the EENet server.

Linda laid three eggs, but only one chick hatched. After all, parents were able to contribute so much to their only chick, and now it turns out that not in vain. 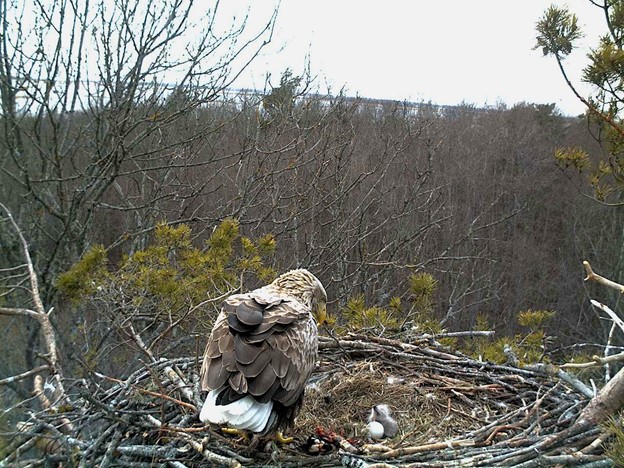 The forum member and sea eagle observer Mutikluti offered the name for only chick as Illimar and almost all members of the looduskalender forum agreed. Before ringing Illimar was fed well by parent eagles. 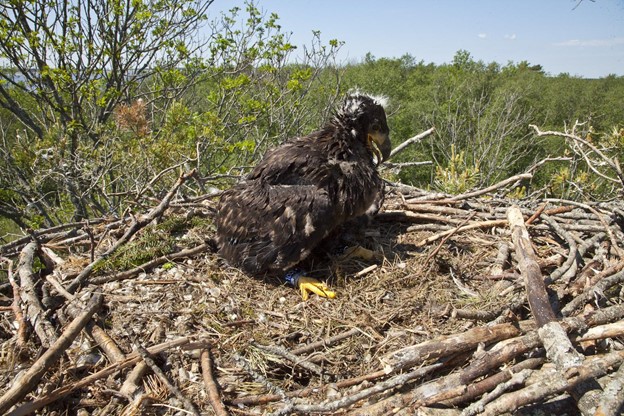 31/05/2013 ringing day, according the rings we recognize ILLIMAR well later

Unfortunately, because of technical transmission problems we did not see the fledging of Illimar. Nevertheless, nearly four years later, we were informed by the Lithuanian Ringing Center that our sea eagle was photographed by the local photographer Boris Belchev (January 2017). 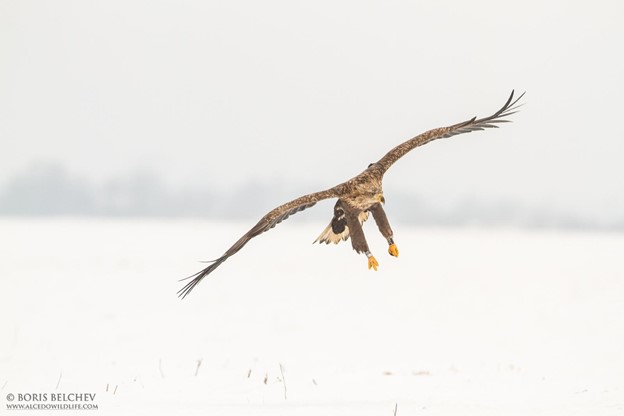 We didn't recognize him in the picture, but when checking the ring number, it turned out to be Illimar's ID. This remained so until last Christmas, when Estonian nature photographer Valeri Shtsherbatyh sent a picture of a sea eagle. Valeri mentioned that he couldn't get a good picture … though, we can’t agree. 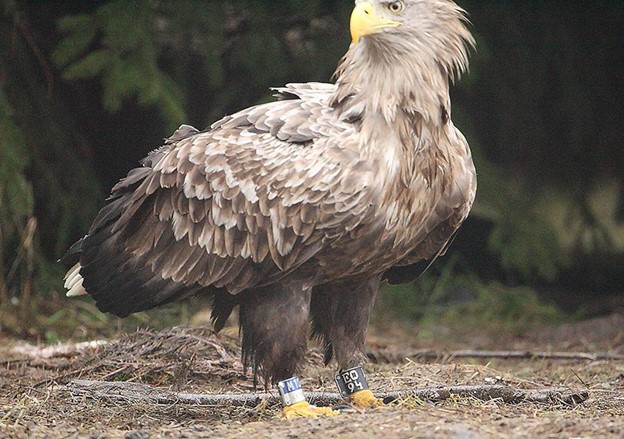 Again, we couldn't recognize Illimar, but the rings on his leg gave the right hint. Illimar is now a completely adult sea eagle. It can be assumed that it also nests somewhere, maybe not far from the birthplace near the Saunja Bay, NW Estonia. The shooting location is about 20 km from the place of birth/hatching. Hopefully we will meet again, either virtually or really and keep a moderate distance then!

In addition, during the Christmas holidays, Valeri has been able to read another sea eagle familiar from the webcam, namely one of the three chicks of 2016 - E331 (Rahu)! Observers will probably remember how Rahu fell out of the dilapidated nest before MidSummer Day and flew back to the nest branches four days later. Thanks to Tuomo's video summary, we can remember it all. The 2016 sea eagle nest camera has collected the most clicks so far, at least 16 million during the breeding season! But there was also something to watch.