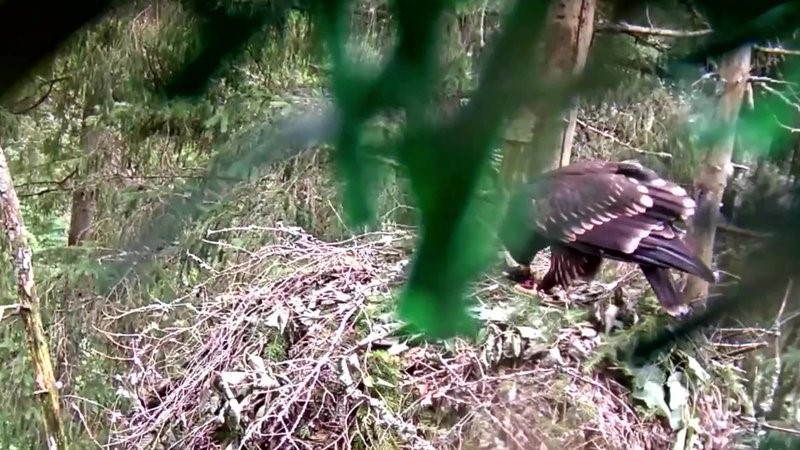 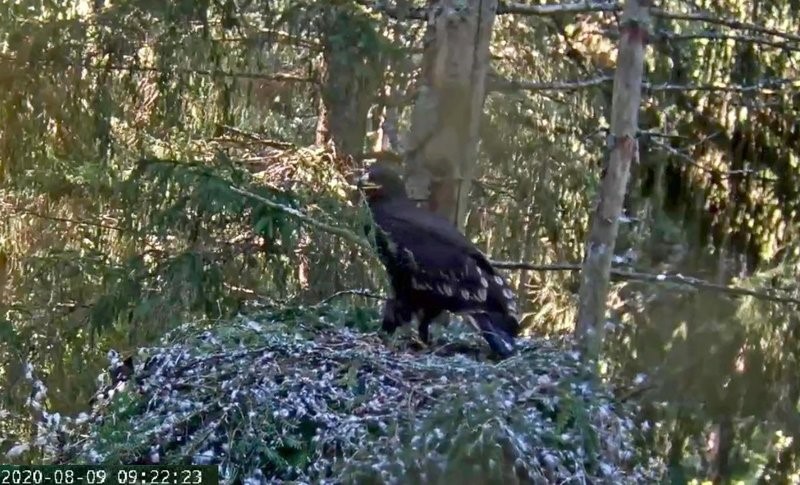 Eagle-chick Teet is one week and two months old. He has passed the 2-month fledging age, but appears not too keen to fledge yet. He makes some wing flapping excercises and sits on the branch, but has not gone out for a flight yet.