Stream for mobile devices if the above does not work: Windows 10 Mobile, iPhone, iPad, Android. VLC 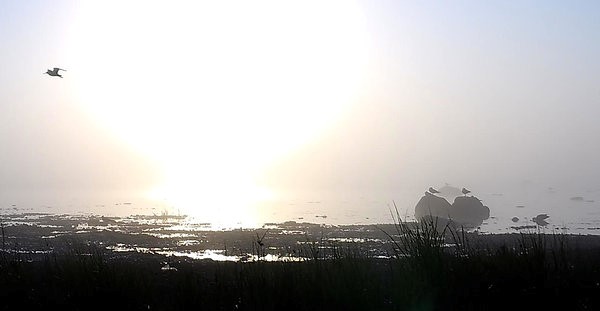 The migrating waders feed in the water borderline and in shallow water; currently the seawater level is again a little above the Amsterdam zero and the birds come nicely close into camera view so that it is also possible to determine the species

Although the peak of the wader migration arrives in August already now several wader species can be seen looking for food or preening their plumage - pipers, godwits, plovers and dunlins.

The gathering is made more colourful by wagtails, starlings, grey and white egrets, gulls, ducks, crows and others . Last year a jackal walked past the camera here.