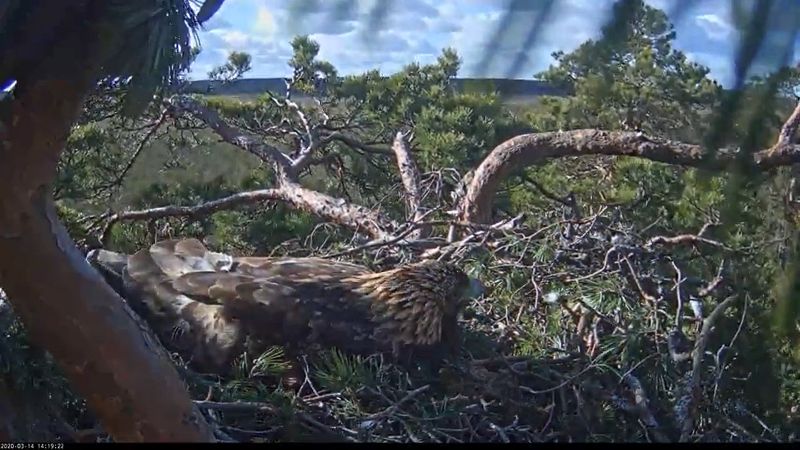 The golden eagle nest camera is situated in Soomaa National Park in Southwestern Estonia, where in the same bog the nesting of eagles has been known from the second half of the 20th century, when the legendary Estonian naturalist Viktor Masing (1925-2001) found an eagle's nest there. There have been at least four nesting sites in the last quarter of a century on this golden eagle territory. The nest seen in the camera has been used by eagles since 2011, during which time a total of three eaglets have fledged there. Almost all events in the nest are documented in forum, like egg laying, change of incubation duties, prey brought to the nest, etc. 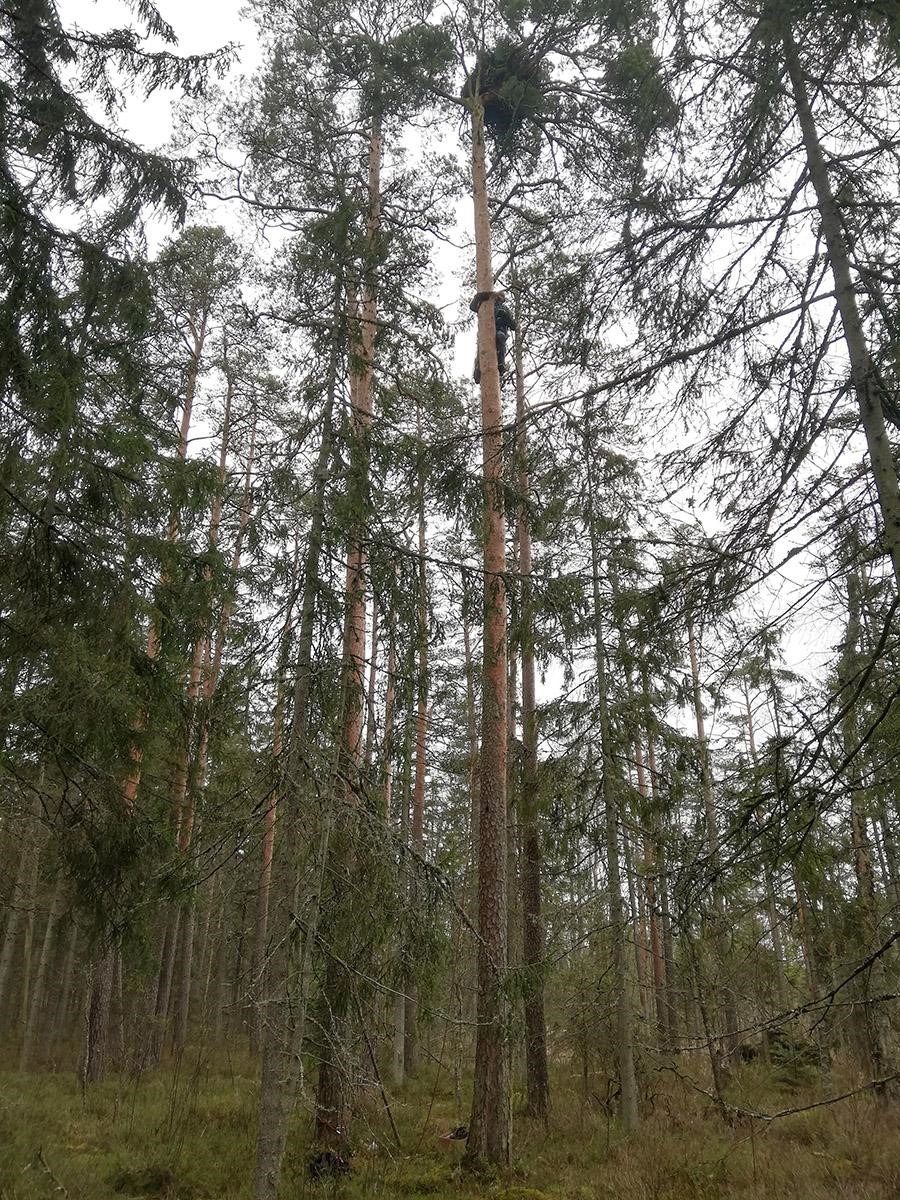 Nest seen from the ground (Urmas as a measuring reference - 1.90m)

In 2018 and 2019 the eagles brought fresh material to the nest in the spring, but they did not lay eggs. For golden eagles, such so-called non-nesting seasons are common. Female eagles usually lay eggs in the second half of March. They have up to two eggs, but in general only one eaglet fledges. This year, the first egg was laid already on March 11. Incubation takes slightly more than 40 days.

Previously, this nest has been monitored with the help of trail cameras, i.e. cameras that take pictures automatically, and we have been able to monitor the changing of individuals on the territory. Last year the habitants of the nest had no rings, but this year we noticed a metal ring on the left leg of the female. In Estonia, golden eagles have received two color rings since 1997 - a green so-called state ring on the right leg and a ring with a color combination marking the year of the eagle's birth on the left. Thus, we can assume that the ringed bird comes from Latvia. However, we don't know exactly yet, because the ring code has not been read so far.

We use AXIS F41 camera with a custom-made microphone. The main body of the camera is located below the nest, but the lens with the sensor is on the nest-level. Therefore, the camera looks quite small when viewed from the nest. In addition, we tried to hide it as much as possible. 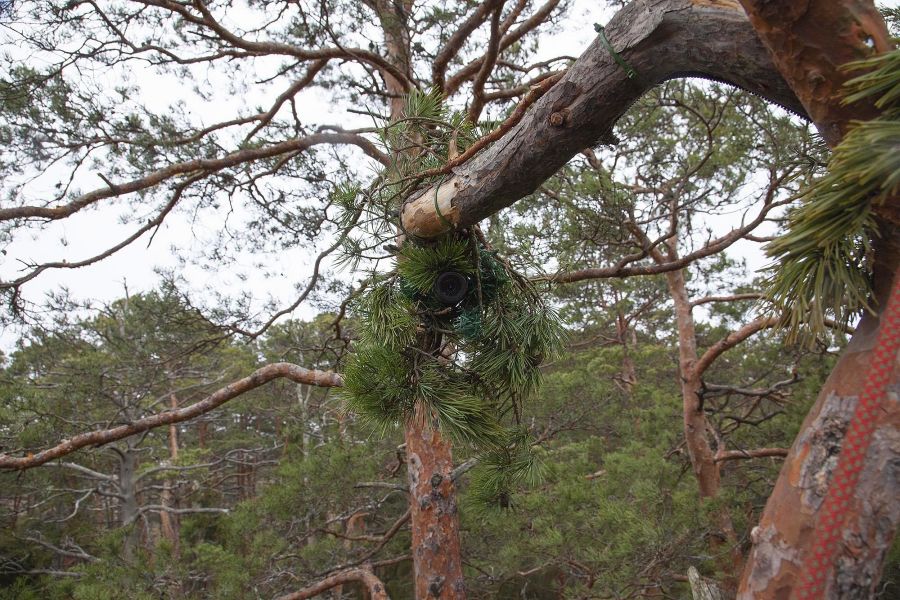 The camera was camouflaged as much as possible

The camera is powered by solar panels, and to save energy, the camera turns off when it gets dark and batteries are weak. Live broadcast from the nest resumes at sunrise. We transmit the camera image via 4G mobile internet, so in case of intensive network use, there may be interruptions in the transmission. 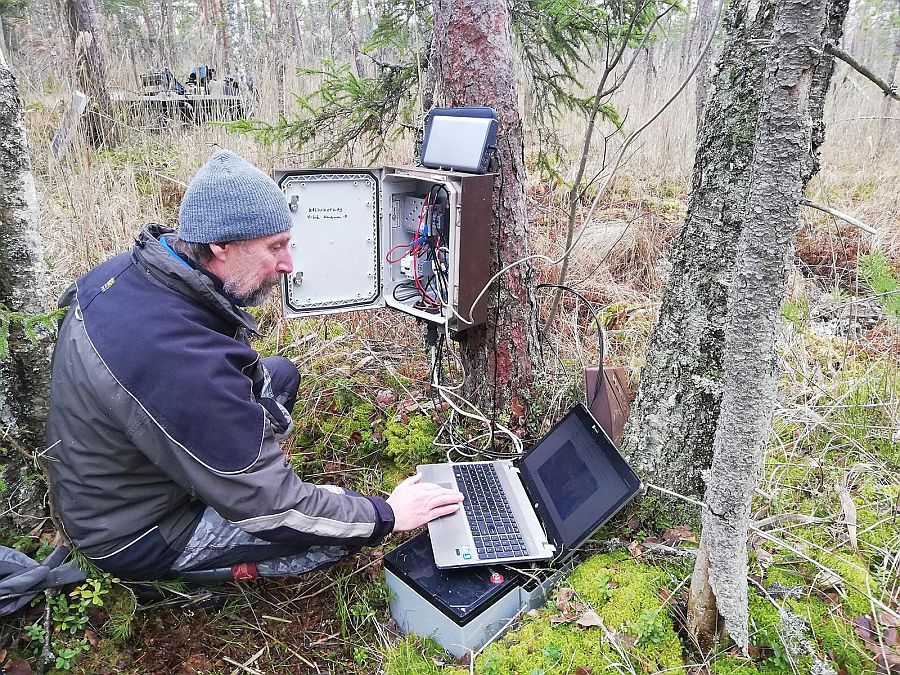 Omar is setting up the system

The camera is streamed through the Eagle Club Estonia’s YouTube channel. Preparing and recording the camera signal for streaming has not yet found a home server, it is temporarily handled by the Beta Group OÜ. 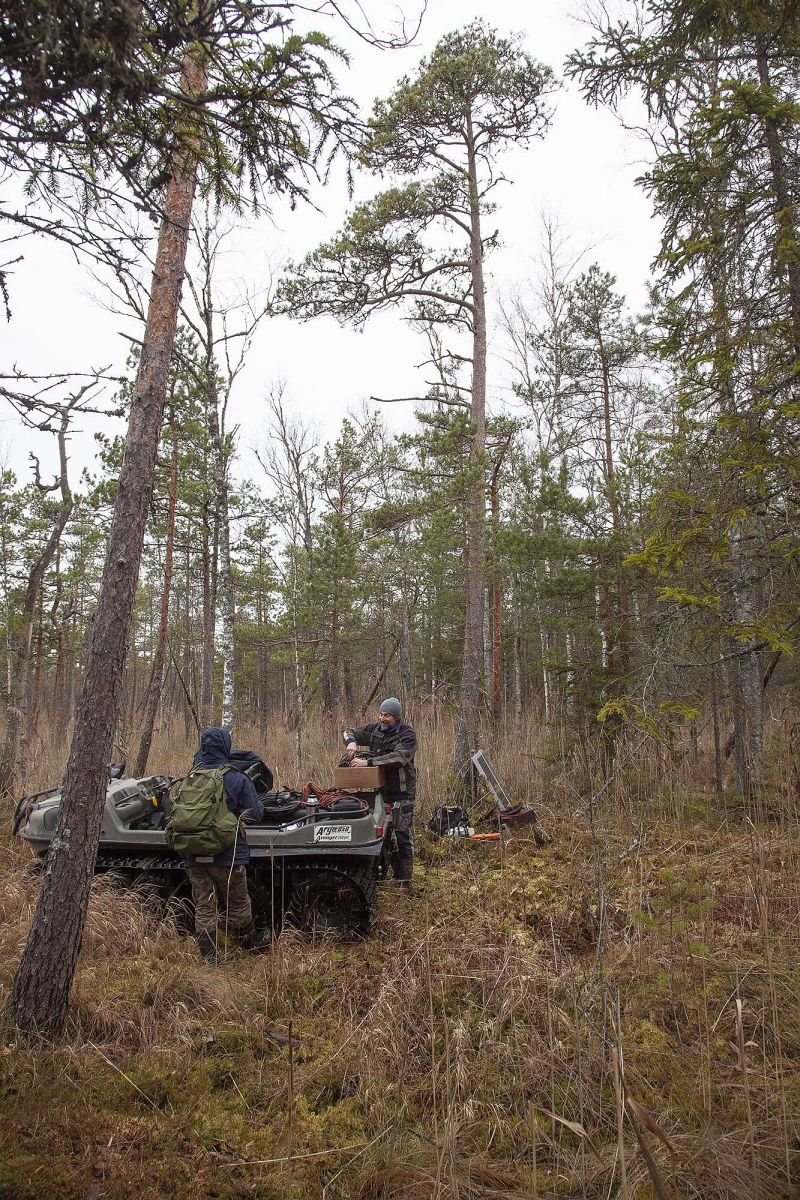 Solar panels will be installed on this tree

Contributors are welcome with each camera, as some components need to be replaced every year and we do not have any project support for hardware costs. The Environmental Investment Center supports the installation, removal and maintenance of cameras.