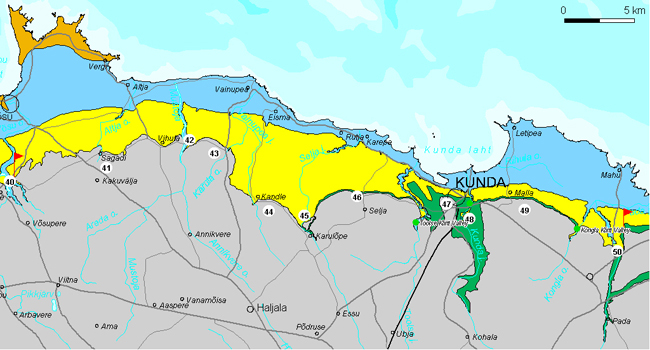 West Viru Klint section encompasses app. 60 km of the North Estonian Klint in Lääne-Viru County, in the area between the Palmse and Pada Klint Valleys. It is characterized by a high-lying limestone plateau (over 60 m asl) and a relatively straight, rather gentle-sloping and partly buried Ordovician escarpment bordered by a wide (2–3 km) and high (up to 35 m) Cambrian terrace. 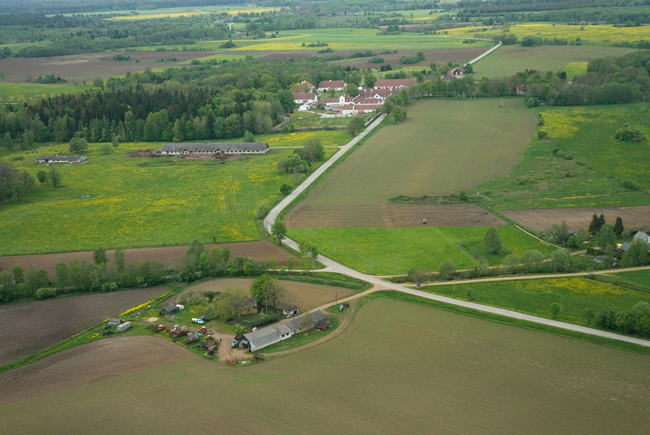 41. Sagadi Klint Plateau encompasses app. 16 km of the North Estonian Klint between Palmse and Vihula. The limestone plateau lies mostly 60 and more metres above sea level here and also the highest point of the North Estonian Klint Plateau (67 m asl) is located here, near Altja crossroad. The Ordovician escarpment bordering the klint plateau in the north is relatively gentle-sloping but well observable in the topography. A Cambrian terrace runs more or less parallel to the edge of the limestone plateau at 2–3 km north of the latter, at the height of 45–20 m asl. Sagadi Manor is located at the edge of the klint plateau. 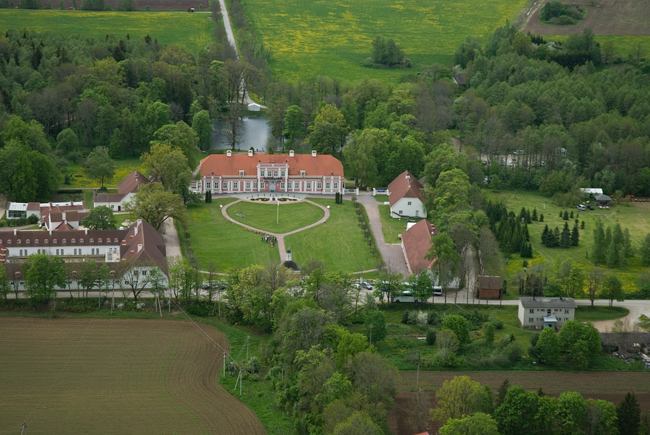 42. Vihula Klint Bay, which soon narrows into a valley, cuts in a wedge shape up to 2 km long into the limestone plateau at Vihula Manor. The slopes of the klint bay expose Lower Ordovician Obolus sandstone. An imposing manor complex –Vihula Manor – stands in a valley on the banks of an artificial lake. 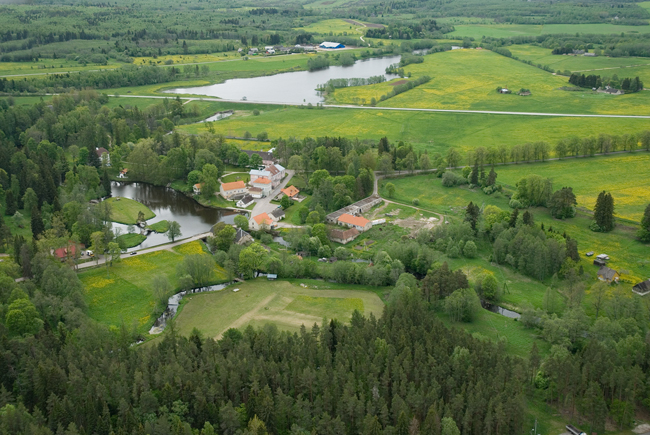 43. Karula Klint Peninsula protrudes in an arc shape for up to 2 km from the North Estonian limestone plateau between Vihula and Noonu. The peninsula is up to 3.5 km wide. The klint escarpment turns sharply up to 4 km south at Karula Manor. The Cambrian sandstone escarpment does not follow this change of direction but continues more or less in the original east-westerly direction. Therefore the Cambrian terrace increases in width and soon reaches its maximum width (up to 6 km).

44. On the Kandle Klint Plateau between Noonu and Aaviku, the North Estonian Klint runs rather straight for nearly 5 km. The Cambrian terrace is nearly 5 km wide here. The klint plateau got its name after Kandle Manor. 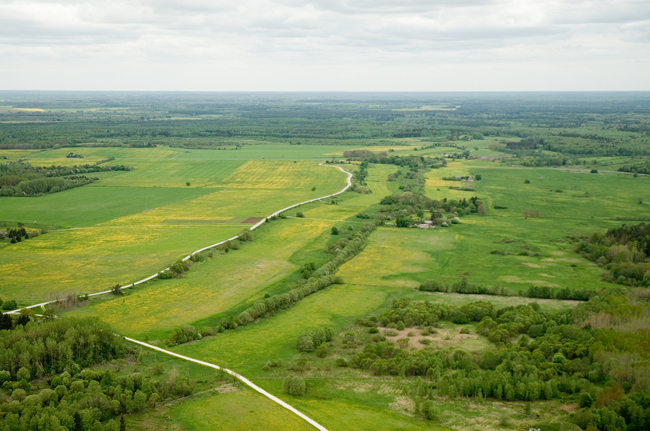 45. Varangu Klint Bay cuts nearly 3 km wide into the North Estonian Limestone Plateau at north of Varangu Manor, continuing toward the south as the up to 2-km-long Selja Canyon-valley. Right over here, on a 20-m-high coastal cape on the Selja River, lay an ancient Estonian hill fort Varangu Veskikants. 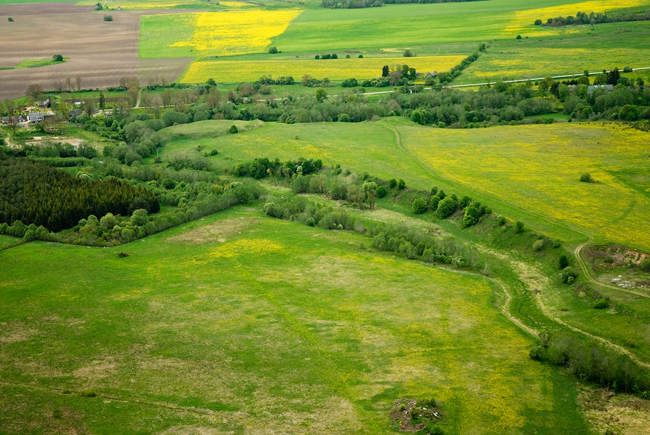 46. Selja-Kaliküla Klint Plateau, whose bedrock (limestone) lies mostly at 60 m asl, protrudes up to 7 km from the North Estonian Limestone Plateau between Varangu and Toolse Klint Bays. The klint plateau is bordered in the north by a nearly 15-m-high Ordovician escarpment, with also a gentle-sloping Lower Ordovician (phosphorite complex) escarpment being traceable in places at about 100 m north of it. At the foot of the klint plateau, on a small seaside blue clay elevation, stand the ruins of Toolse Order Castle.

Toolse Klint Bay cuts into the klint plateau between the Selja–Kaliküla Klint Plateau and Korismägi Klint Cape. Along the western edge of the klint bay runs the Toolse Klint Valley – an over 12-km-long and narrow (100–300 m) post-glacial valley. 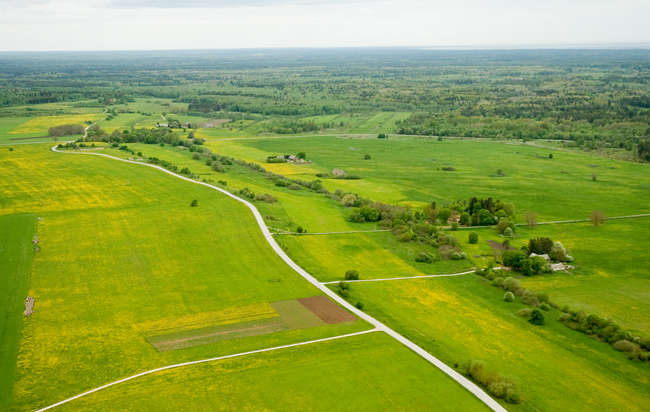 47. Korismägi Klint Cape (about 1 km2), whose limestone plateau lies at 50–55 m asl, is located in the area between Toolse and Kunda Klint Bays. The klint cape is bordered in the north by an up to 10-m-high gentle-sloping and partly buried Ordovician escarpment. The klint cape is the location of the new town district of Kunda – Korismäe – and one of the most significant nature monuments of Kunda – Kronkskallas, an up to 35-m-high sandstone escarpment with outcropping sandstones. The seaside lowland in front of Kronkskallas is the location of the blue clay quarry of Kunda. 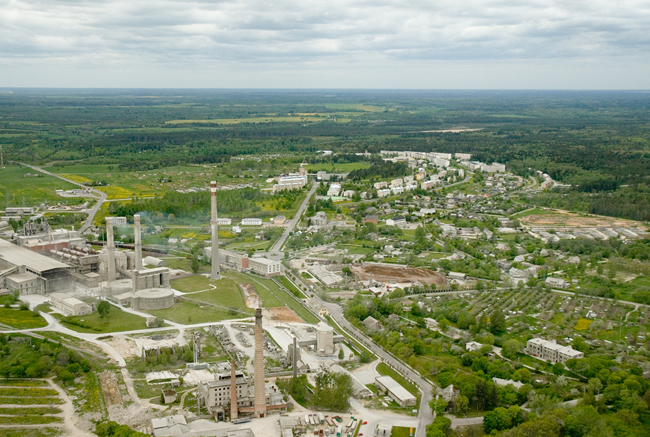 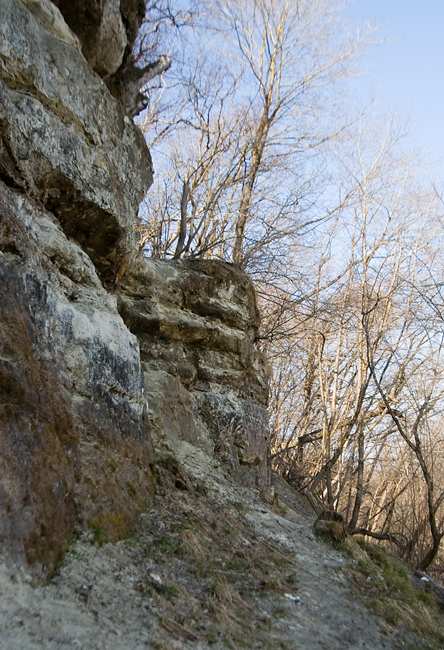 48. Kunda Klint Bay is up to 2 km wide at mouth but narrows sharply at Linnuse Village and changes into the up to 25-m-long Kunda Ancient Valley. At Hiiemägi, Kunda Klint Bay is dammed by an up to 15-m-high arc-shaped sand-gravel-cobble ridge – Kunda Hiiemägi, the same hill that once (approximately up to the year 4900 BC) kept up Lake Kunda.

The present-day Kunda River cuts into the Cambrian terrace with a 35-m-deep and 3-km-long canyon between Linnuse Village and Hiiemägi. The canyon accommodates the oldest (built in 1893) hydropower plant in Estonia and the Baltic States. On a small hill named Lammasmägi (“Sheep Hill”), formerly an app. 100-m-diameter island in Lake Kunda, lies the place where the oldest known traces of human activity on the Baltic Klint (from about 9000 years BP!) were discovered. 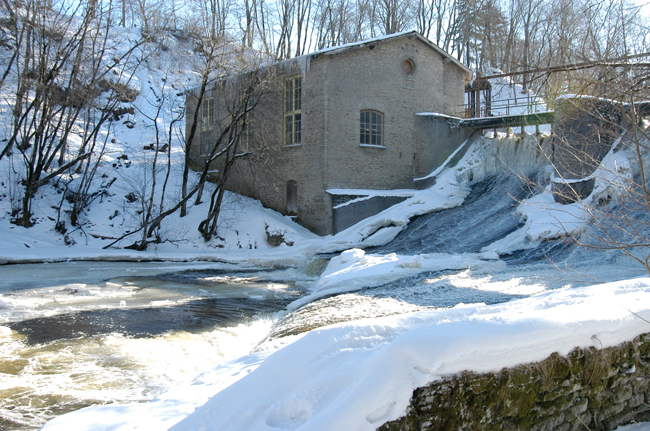 49. Malla Klint Plateau encompasses an about 10-km stretch of the North Estonian Klint Plateau between Kunda and Pada Klint Bays. The klint plateau towers more than 60 m asl and is bordered in the north by an app. 1-km-wide and up to 35-m-high Cambrian terrace. In the eastern part of the klint plateau, Kongla Stream cuts nearly 2 km deep into the northern edge of the limestone plateau with the up to 15-m-deep Kongla Klint Valley. Malla Manor is situated at the edge of the klint escarpment. 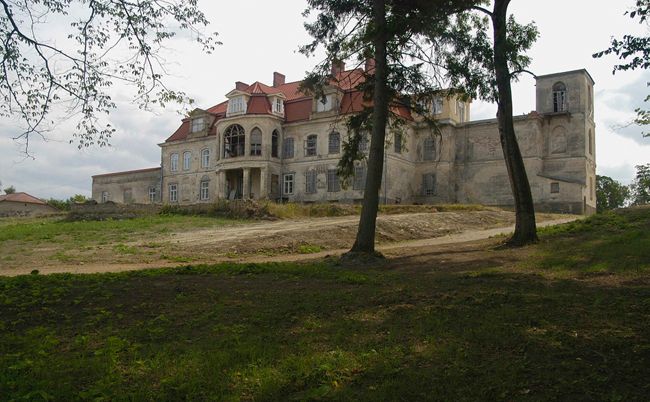 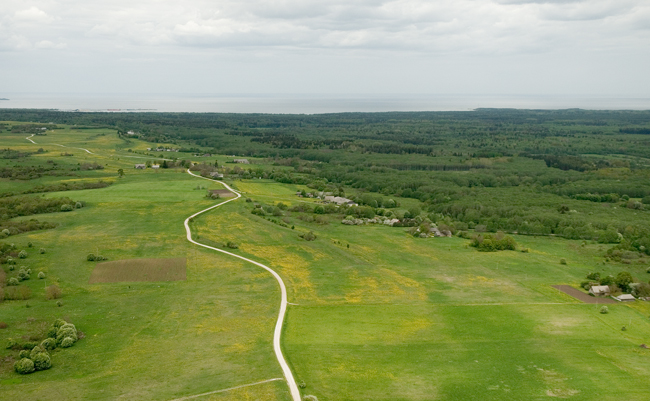 50. Pada Klint Bay, which cuts at its mouth app. 10 m deep into the Cambrian terrace, penetrates up to 2 km long and nearly 1.5 km wide into the klint plateau. East of Viru-Nigula, the Pada Klint Valley is incised by one of the most conspicuous tectonic faults in Estonia – the Aseri Fault, whose vertical amplitude is up to 30 m here. On the eastern bank of the valley, at south of Tallinn-Narva Highway, there is the Pada Fort Hill, which accommodated an ancient Estonian fort in the 10th–11th century. 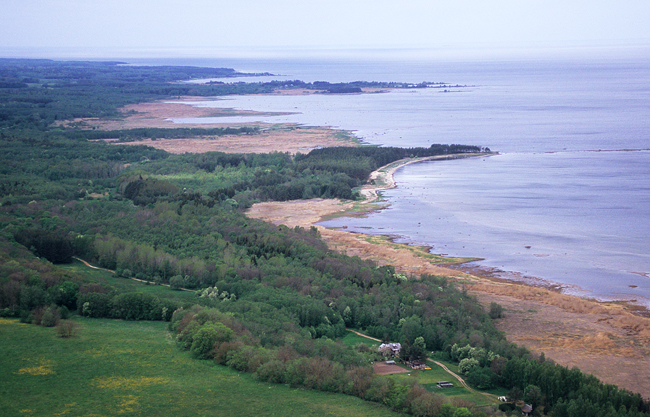