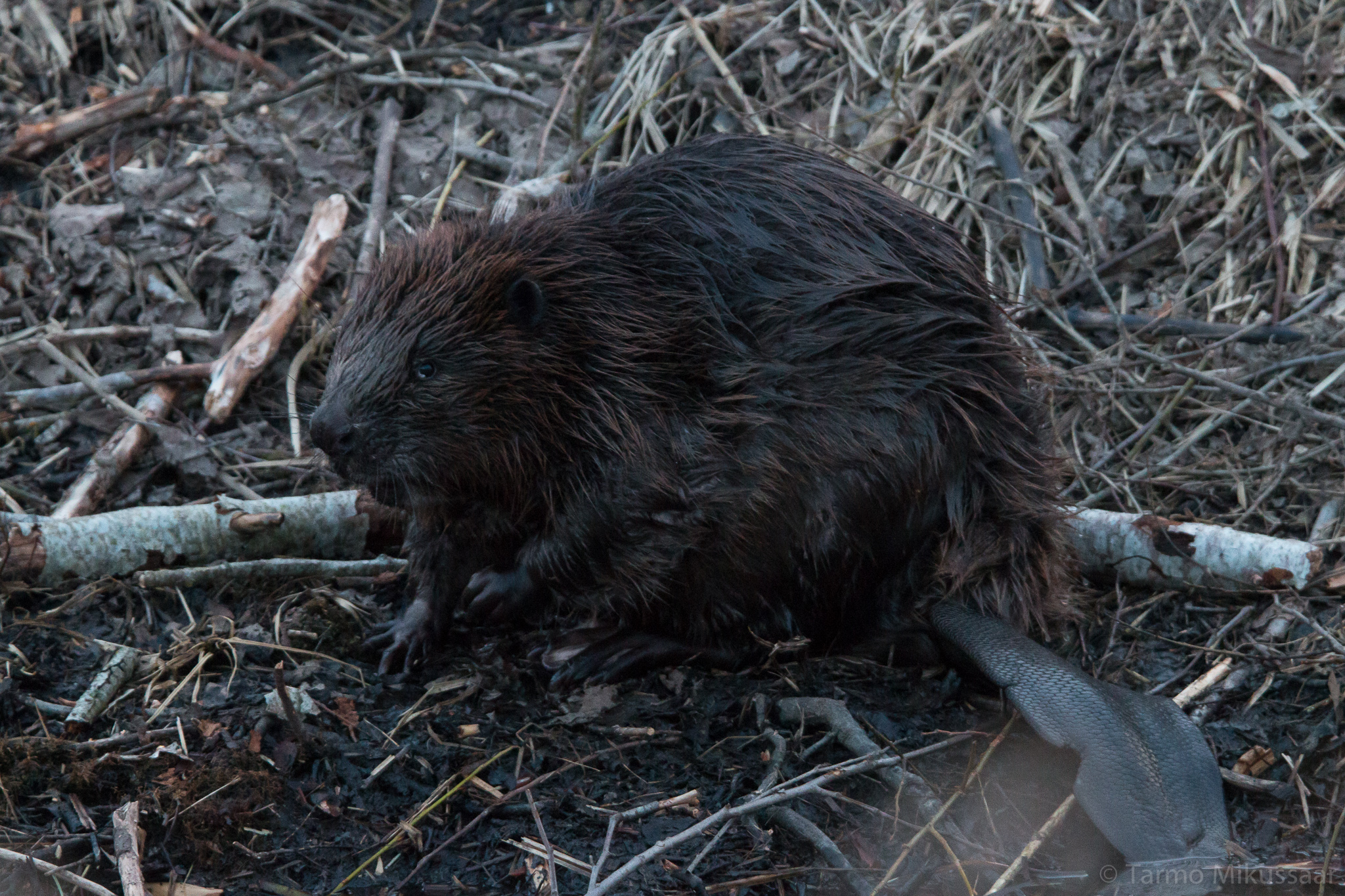 In a dense population the tail will get some scars.

Beavers live with their parents for up to two years and leave in early spring. It seems almost as if they were given a visa. Searching for a home site they have to pass through the territories of many unknown co-specifics. By some kind of miracle they manage it.
These tasks are not easy at all. In addition to instincts they have to act on a trial-error basis. Many perish. The situation is particularly complicated in case of over-population. The unknown co-specifics feel no mercy towards such a youngster. All the rules of capitalism apply. In case a foothold is not found anywhere the youngster can return to the parents  but with no brides or grooms. The youth will have to work hard for a year in his birthplace, become stronger and make another attempt next spring.
Sexual maturity will arrive in the third year of life. By then mostly an own territory has been found and rudimentary dwellings have been created. It is thought that 1/5 of female beavers achieve sexual maturity at two years of age. Apparently we have to do with those who meet with a likeable estate-owning bachelor who has put up a marriage offer. Others may roam around the whole summer in search of a habitat and drop into all kinds of places, such as garden ponds. By autumn they become stationary somewhere or in case of a worse scenario return to the parents.